Nine-year-old Ashlyn Sotolongo is the youngest contestant to earn the 2022 Island School Council for the Arts Rising Stars award.

Every year the nonprofit Island School Council for the Arts hosts a showcase and talent show that is open to third- through 12th-graders in southern Beaufort County. The talent show normally takes place at the Arts Center of Coastal Carolina, but it has been held virtually the past two years due to COVID-19. 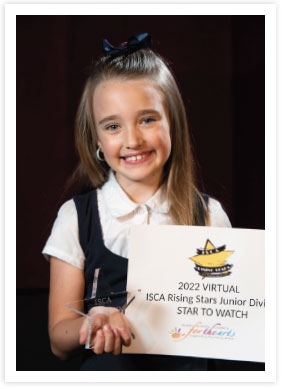 To compete in this year’s virtual competition, each contestant was asked to submit a video of themselves performing. The videos were sent to industry professionals, including Broadway producers, musical directors, choreographers and performers across the country for judging. The top 25 performances were then sent to another set of judges.

Ashlyn submitted a video of herself performing “Naughty” from “Matilda the Musical,” and she was chosen as a “Star to Watch” in the junior division for musical theater.

“I was surprised because I didn’t really think I had a chance because there were so many older people,” Ashlyn said. “But luckily I did.”

Ashlyn is a third-grader at Hilton Head Preparatory School, where her favorite subject is math. She loves singing and dancing. She is a gymnast and is learning to play the flute.

Ashlyn began performing in musicals in kindergarten, when she was in “Joseph and the Amazing Technicolor Dreamcoat” at Hilton Head Preparatory School Main Street Theatre on Hilton Head Island.

Ashlyn’s older sister, Caylin Campis, who is now 22, was involved in theater as a teenager and introduced Ashlyn to the world of musicals early on. Caylin was also once among the Top 25 Rising Stars.

“Ashlyn was lucky because her big sister went to Prep with her, and she used to get to ride with her,” Ashlyn’s mother, Ramara Garrett, said. “So, every morning they would sing theater shows all the way. Whatever Caylin was in, they were singing all the songs from it.”

In November, Ashlyn made her Arts Center of Coastal Carolina debut as Mentine in “Clicquot in Concert.”

ISCA executive director and Hilton Head Preparatory performing arts director Patti Maurer said Ashlyn was able to work with Broadway performers in “Clicquot.” She said the young girl sat through hours and hours of rehearsal, and everyone was so impressed.

Garrett said her daughter is tremendously dedicated for her age. She practices over and over before auditions and performances. She won’t stop until she feels she has gotten it right. 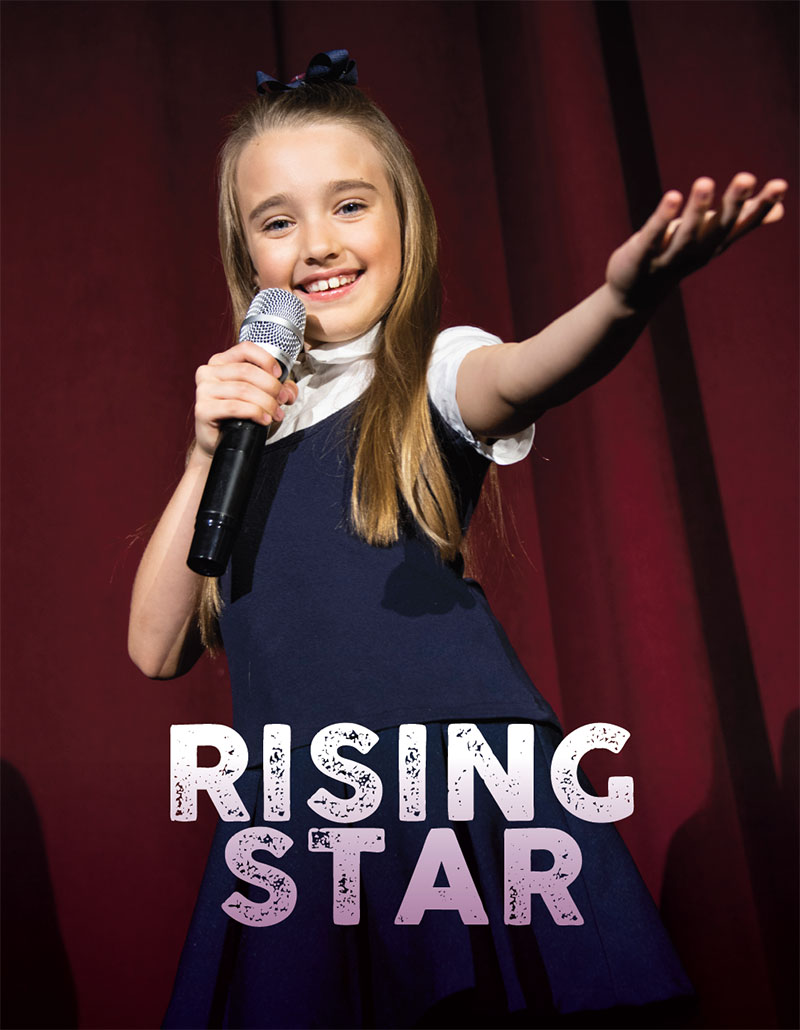 “I understand why most kids wouldn’t do it,” Garrett said. “You have to have such a high level of patience and be willing to just stand until they can figure out exactly where they need you and when they need you, and what you need to do. And that’s very difficult for a lot of kids to do. That particular part of theater just takes a special person, especially at this age.”

If you would like to see Ashlyn’s talent for yourself, make sure to see her in the Main Stage Community Theatre’s production of “The Sound of Music,” which is planned for June 24 to July 3 at Hilton Head Preparatory School Main Street Theatre. Ashlyn will play the role of Marta von Trapp. Coincidentally, Ashlyn is the second youngest of seven children, just like her character in the musical.

“She does such a great job,” Maurer said about Ashlyn. “We’re super proud of her. Can’t wait to see where she goes.”

For more information about the “The Sound of Music,” call 843-689-6246 or visit online at mainstagecommunitytheatre.org.