Before he was one of the most sought-after high school linebackers in the country,

Jaylen Sneed could be found meandering against the run of play on a soccer field, or praying for a walk on a baseball diamond — or sometimes he might go missing for an hour or two at a track meet.

No, really, there was a time at AAU Nationals in Houston when young Jaylen was nowhere to be found — not even his usual spot playing in the sand in the long jump — for hours, plural. The fierce Fighting Irish defender can’t recall where he had wandered off to, but his older sister certainly remembers who shouldered the responsibility.

“And I got blamed! No, I was not responsible for that,” Chynna Sneed chirped at her not-so-little brother during a recent video call as their mother and rock, Chanta Ellison, cracked up on the other end.

They’re scattered now — Chynna in her second year as an honor student at the University of South Carolina, Jaylen finding his way through his first semester at Notre Dame, and Chanta adjusting better than expected to her empty nest — but the bonds that made this family such a fixture in the local community over the years are still strong. Chynna calls Chanta (and Jaylen) almost daily, sometimes to ask for advice or cooking instructions, and sometimes just to chat. The independent one at home, she has to work harder now to maintain the emotional connection she requires to thrive. Jaylen, on the other hand, is out on his own for the first time, and he’s adjusting well. No more Mama to keep him in line and take care of everything. 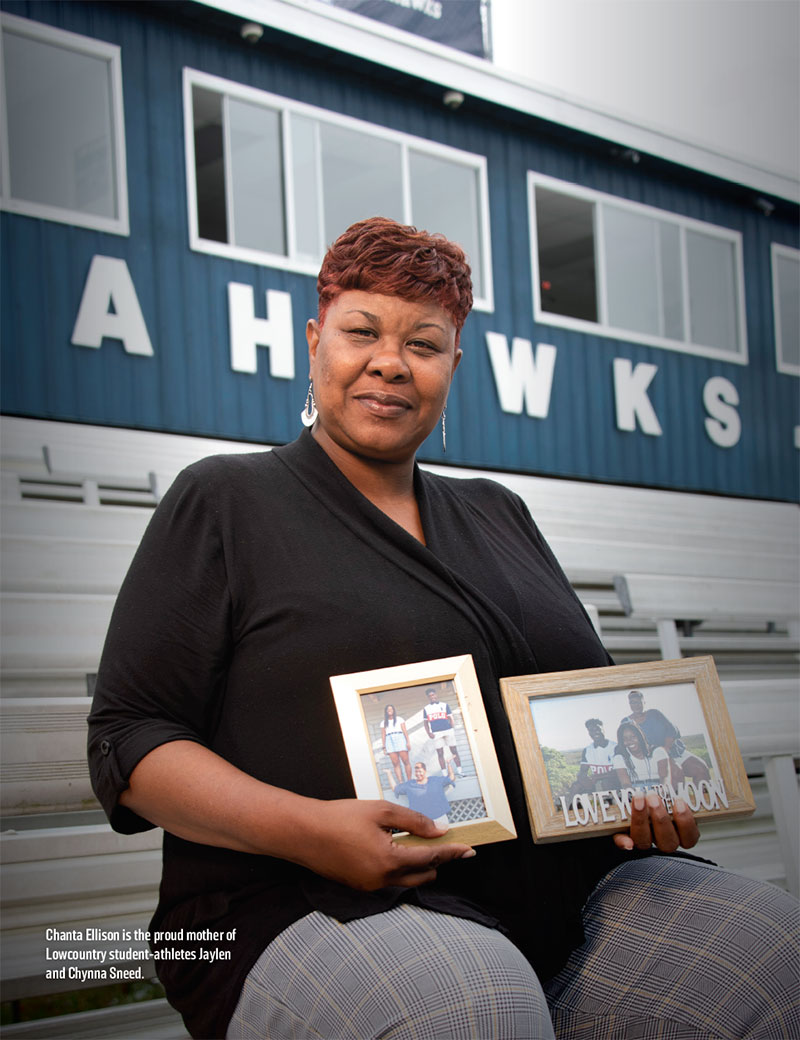 “Everything,” he reiterates. “She’s just always been there to do everything, so I still ask her for everything. Even when I go back home now, I still just want to go back under my mama’s wing.”

It’s a testament to the breadth of those wings that Chanta was able to raise two outstanding student-athletes and people as a single mother, crediting her own single mother and grandmother — “a long line of strong women” — for showing her the way. Chynna points out that her mother has passed down that tradition for another generation.

Chanta leaned on her “village” often and found ways to carve out the time to give Jaylen and Chynna every opportunity she could, including enrolling Jaylen in the first group of students to go through the Mandarin Chinese immersion program at Hilton Head Island Elementary. She always emphasized education and was eager when the kids drifted toward athletics, though it was a bit of a journey for each to find their preferred sport.

Jaylen’s talent for football presented early — he started playing at age 6 and at one point Chanta took him to Columbia every Saturday and Sunday to practice with an all-star team for South Carolina — but the unquenched desire came later. On the last of their trips to the state capital for practice, Jaylen turned to Chanta and let her know it wasn’t worth it.

“He said, ‘Mama, this is too much. I don’t want to do this. We’ll do it another year,’” Chanta recalls. “We were doing it every weekend until he decided that wasn’t what he wanted to do anymore.” 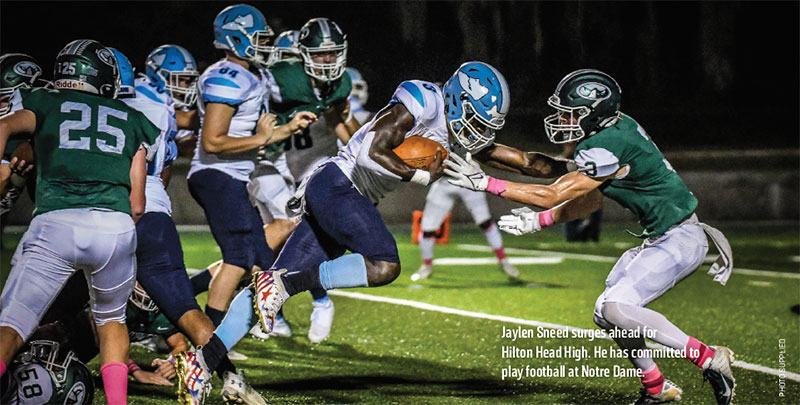 So it was on to the next thing. Chynna took to basketball and joined an AAU team in Savannah, trading one steady commute for another, then both decided to take up track and field, so Chanta volunteered to help coach with Fast Lane Track Club, ultimately leading to Jaylen’s brief disappearance in Houston.

And when it came time to mold Jaylen into one of the nation’s top high school football recruits, Hilton Head High coach BJ Payne was all in, too. He pulled aside Chanta and Jaylen, then a rising freshman, and laid it all out.

“He was like, ‘You have the talent to be one of the best players in the country, like Poona Ford level talent,’” Jaylen recalls. “And ever since then, he’s taken me under his wing and kept working with me. I’ve just got to give him so much credit, because he’s just been there for me through so much, and it’s been wonderful having him as a coach and really making me just put my head down and keep working hard.”

Payne put in his own hard work, which wasn’t lost on Chanta. She saw the hours he spent during Jaylen’s sophomore season, when college coaches couldn’t yet contact the player but constantly blew up the coach’s phone.

“I looked at him one day and said, ‘When do you have time to spend with your kids if you’re doing this so many hours of the day?’” Chanta recalls. “And I mean it was hours and hours of the day he would be talking to coaches and he would be connecting with people.”

It was only appropriate, though, that someone else came along and put as much effort and energy into paving the way for Chanta’s children as she herself had. Both Chynna and Jaylen, who graduated from high school with a 3.7 GPA, said it was her commitment to them that inspired and motivated them to be their best in everything.

“Without her I don’t think I would be here right now,” Jaylen says from his dorm room at Notre Dame. “Just her believing in me and getting me everywhere I needed to be all the time was a great thing.”