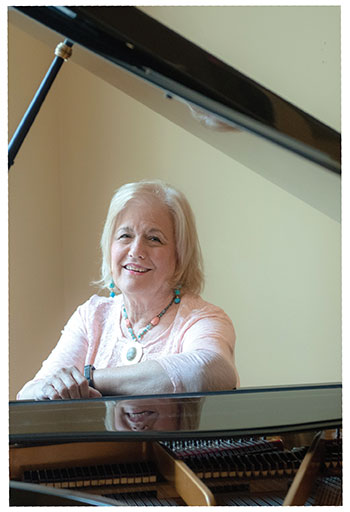 Before retiring and moving to the Lowcountry in 2006, Mona Huff taught high school math and worked as director of technology for a school district in New York. When she and her husband, Joe, moved south, Mona began volunteering with the Hilton Head International Piano Competition. Just a few years later she became the competition director.

“After a few years of doing this, I realized this really was my life’s calling,” Mona said. “This has added so much meaning to my life.”

For the past 12 years Mona has directed the prestigious competition. This year’s competition (scheduled for March 7-14) will be her last as director. She plans to spend more time with family and is overjoyed that she will soon be a grandmother.

“If you speak with anybody on Hilton Head Island about the Hilton Head International Piano Competition, the first words out of their mouths are going to include the name ‘Mona Huff,’” Hilton Head Symphony Orchestra president and CEO Alan Jordan said. “She is like the physical embodiment of the competition and has been for 12 years. … I think Mona’s going out on a high note. Already I can tell you she’s hit a home run on this competition.”