To the moderate car enthusiast, the name Stutz may not resonate as well as Mercedes, Porsche or Ferrari.

With the last model rolling off an Indiana assembly line more than 85 years ago, and just 300 of its cars still in existence today, the nameplate just doesn’t have the kind of recognition as others might. (Despite a modestly successful revival of the name in the late 60s which saw the likes of Elvis Presley and Lucille Ball driving around in GM-produced, second wave Stutzes).

But to those in the know, the name Stutz carries with it a legacy of fine-tuned performance automotive art. Crafted in the mold of the turn-of-the-century beauties that launched America’s love affair with the automobile, a Stutz will show like a classic, with wide running boards, classic reflector headlamps and side-mounted spare. But open it up and you’ll find one of the first true muscle cars.

“They were outstanding for their time, but it wasn’t the mainstream,” said Carrol Jensen, who along with her husband Carl, is one of the organizers of the Grand Stutz at this year’s Hilton Head Island Concours d’Elegance & Motoring Festival (Nov. 5-7).

“Cars like this were so far ahead of technology in the teens,” Carl said. “The Bearcat was a car you could drive off the showroom floor and do 100 mph in a time when horses and buggies were still out on the road.”

The Stutz wasn’t a mainstream car to begin with, and history only made them harder to find. But that only makes the pursuit more enjoyable.

“One thing that happened were the metal drives during WWII… a lot of premium cars were scrapped,” said Carl. “Plus a lot of Stutzes were raced, so they met their demise that way.” 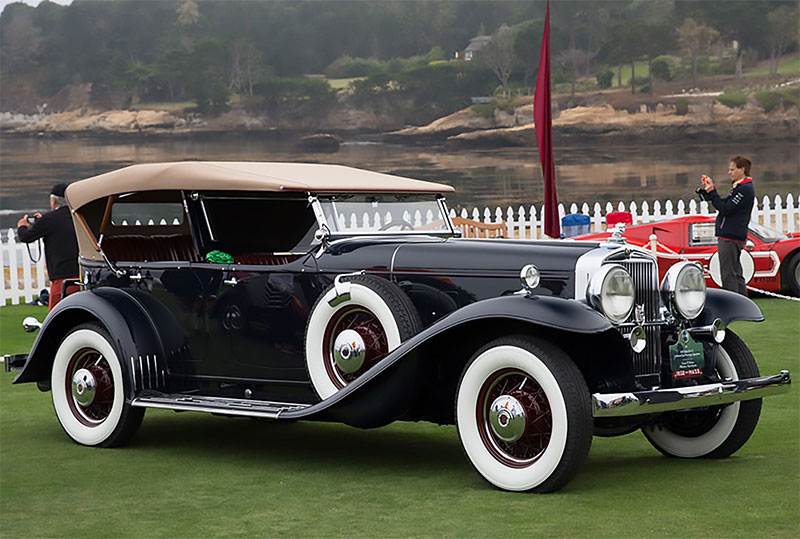 The Jensens are consummate car collectors, owners of an eclectic collection that runs the gamut but counts among its fleet a 1911 Stutz Bearcat and a 1930 Stutz Speedster. They met in college and immediately bonded over their love of classic cars.

“We’d ride with different people, and people would loan us their cars before we had the means to start our own collection,” said Carl.

Both have been involved heavily with various classic car groups — Carrol is president of The Classic Car Club of America — but their involvement with The Stutz Club, Inc., where Carl is VP of Publications, lets them do far more than simply show off these magnificent vehicles.

“Stutz people like to get together and drive their cars,” explains Carl. “It’s much more about driving the cars than showing the cars. One reason why we love the Grand Stutz event is it has two driving tours.”

Not just a show piece, the Jensens’ 1930 Speedster has done plenty of time on the road, with the couple driving it upward of 1,000 miles to events and even taking it out on the track on occasion. They’ve had to put a few new tires on it, which you can imagine comes with its own difficulties considering there are only 300 Stutzes in existence. 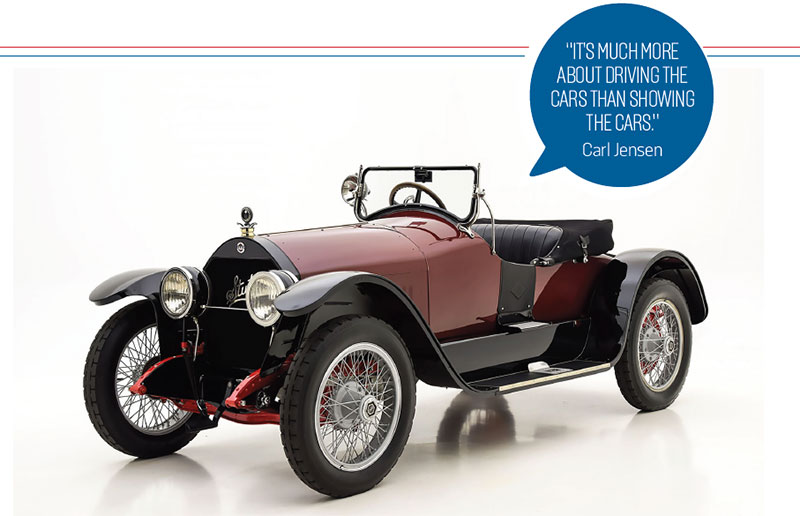 “One of the things the Stutz Club does very well is we have great communication around the world,” said Carl. “I can send out mass email, ‘Who has a similar part we could duplicate?’… We have some really good solutions, being a tight-knit community.”

During this year’s Hilton Head Island Concours, this tight-knit community will head to our island behind the wheel of cars that beg to be driven. And the Jensens, coming all the way from their home in Wisconsin, will be leading the charge.

“We love Hilton Head,” said Carrol. “How the cars are spread out, it never feels too crowded, the food is always great, the people are friendly, the weather is nice. It’s a really enjoyable time.”