CHART-TOPPING EDWIN MCCAIN WILL PERFORM IN THE LOWCOUNTRY

When you ask Edwin McCain about his career, he doesn’t talk about himself. He tells of “the glory days of music on Hilton Head.”

It takes effort to pull him from the memory and awe of the scene and singers/songwriters who lit his still-burning fire and, eventually, handed him a mic.

“There was never a moment when I wasn’t going to do this,” says McCain, 51, honored by the New York Times as “the great American romantic” and now star of Animal Planet’s Flipping Ships. “I was an academic albatross.”

Dyslexic and struggling with reading, he excelled in the choir at school in Greenville and realized, “the adults seemed to like it when you sing, but not when you do anything scholastic. Music in regular intervals showed up and rescued me. That’s never been lost on me at all.” 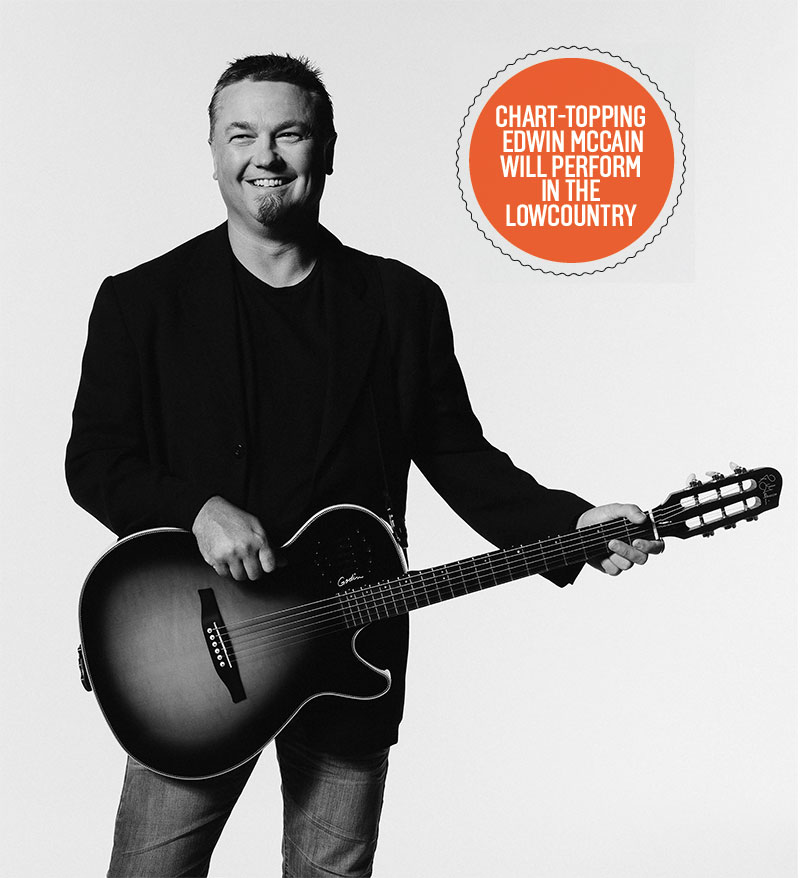 At the College of Charleston, he describes hearing someone on the quad word-for-word parroting what the professor said in class an hour before and realizing, “this isn’t teaching anyone to be an independent critical thinker.”

“So, I started busking on the streets during Spoleto (Festival) and picked up a gig in a Mexican restaurant,” he said.

“I was so enamored of what he was doing. My father invited him to dinner to talk me out of ‘doing this music thing,’ but the more he talked, I knew I was all the way in.”

On-island, Tanner booked McCain into the Hilton Head Beach and Tennis Resort which led to the Tiki Hut and his longtime heart-home, Wild Wing Café.

Diane and Cecil Crowley took him in, and he started playing on their deck at the Duck Pond. 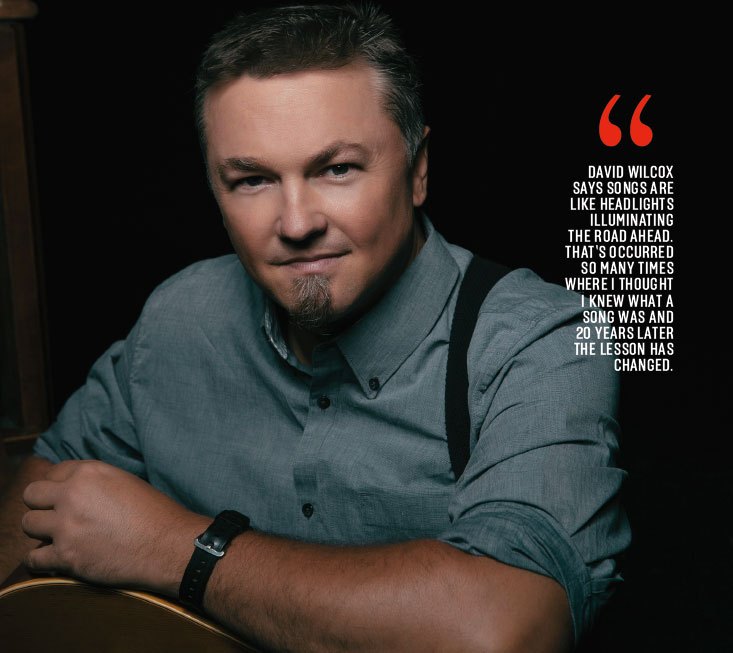 “I had stars in my eyes. It was the beginning of the journey,” McCain recalls, “where the rubber hit the road.”

McCain, a Greenville native, is most known as the artist behind “two of the biggest pop love songs” including the iconic “I’ll Be,” a broad-audience ballad still topping playlists and wedding gigs more than 20 years after its release.

“That song is a miracle,” he said. “Every time I sing it, I think, ‘There’s somebody here who’s never heard this, and I want to sing it like that first time in my little apartment in Atlanta when I got all snotty nosed and emotional and had a feeling I was on to something.’ Taking credit, though, is like giving credit to the lightning rod for the lightning. Sometimes you’re just under the right stormy cloud.”

McCain, who will perform a concert open to the public Nov. 6 at John Paul II Catholic School benefiting its JPII Scholarship Fund, continues to learn lessons from music.

“David Wilcox says songs are like headlights illuminating the road ahead. That’s occurred so many times where I thought I knew what a song was, and 20 years later the lesson has changed,” he said. “When we were is as important as what we were. The true currency of the whole thing is friendship; the relationships I made over the 31 years of doing this matter most.”

VISIT JOHN PAUL2SCHOOL.ORG FOR MORE INFORMATION OR TO PURCHAS ETICKETS.