There’s a rite of passage each of us encounters in our lives, and for some reason we usually encounter this seminal moment at the age of 13. It’s when we discover the one thing we love; the one passion that will dictate every moment from then on out.

For Ken Fagut, that rite of passage came the first time he mounted his bicycle, started pedaling, and didn’t stop until he’d put 100 miles of road beneath his wheels.

“I was hooked, man,” he said. “I’d be gone all day. My parents would have freaked if they knew how far I’d gone. I just loved cycling.”

From that first 100-mile ride, cycling became the nexus of Fagut’s entire reality. In his native New York, he opened Open Road Sports, a retail operation that let him share his passion for cycling with others even as he acted as an advocate for the sport.

Oh, and when he wasn’t working to grow the sport, he was chasing the glory of competition. 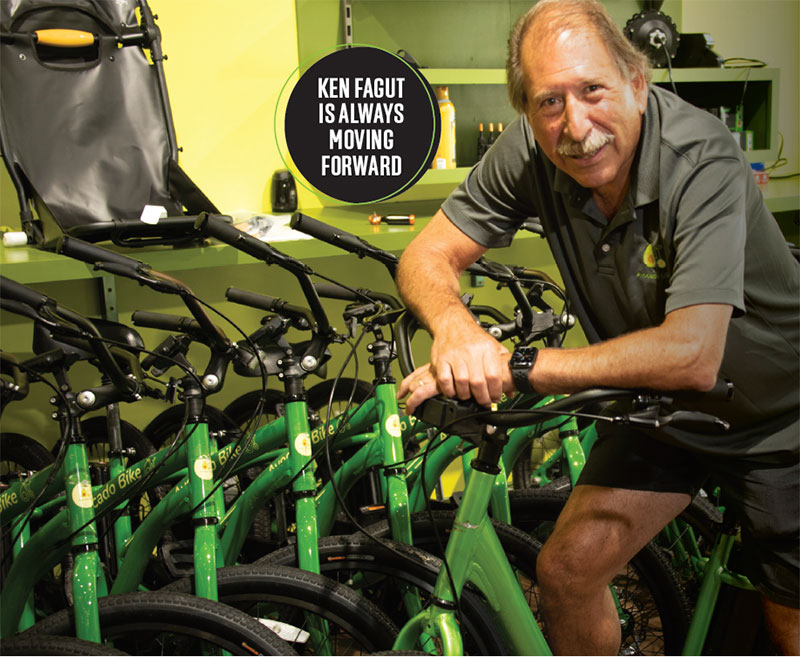 “I raced for 10 years, qualifying for nationals,” he said. “I always loved time trials. It was just me and the clock.”

Over time, the self-professed techie would take his passion for cycling to the next level as he would advance the burgeoning market for “e-bikes,” bicycles powered partially by lightweight electric motors.

“I get to blend my innate technical sense with my passion for cycling. And it’s getting more people out than ever before,” he said. “In the past when I would sell a bike, I knew that bike would be ridden maybe three times a year. E-bikes get ridden three times a week on average… Electric has opened the door to a multitude of individuals to get out, be active and shed weight.” 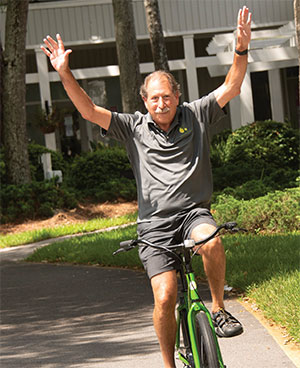 Fagut quickly became one of the foremost authorities on electric bikes, establishing a network of manufacturers and retailers that stretched across the planet.

Through this network, Avocado Bikes was born. The mission of his company is two-fold. At its core, you have the bike itself, a finely tuned machine that amplifies your own pedal power with a durable electric motor. Avocado Bikes designed their bikes around ride quality first, then studied the best way to make it the best e-experience. Each bike is engineered, designed, and serviced on Hilton Head Island.

“We have full control over performance. We wanted to keep them simple and durable and most importantly, safe,” he said.

And he keeps a close eye on that performance.

“I’ve personally been to the factories where each component is made,” he said.

The second component is the unique hospitality facet. Essentially, the company partners with hotels and restaurants to offer these bikes as rentals, with the partner getting a cut of each bike taken out.

Operating a company that specializes in cycling and hospitality, it was only a matter of time before Fagut discovered Hilton Head Island, a place where both are celebrated. 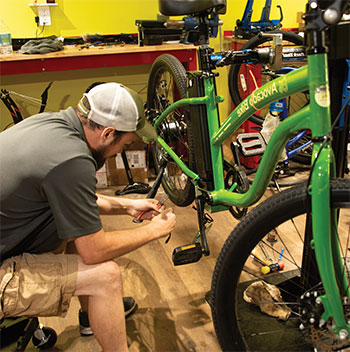 “It was really just by chance. I have five daughters and we try to do a family vacation once a year,” he said. “We came to Hilton Head, rented some bikes, and that’s when I was like, ‘There are paths everywhere. This is amazing.’… After vacation, I called up my partners and said, ‘I’m going to show you where we have to launch our pilot program.’”

He and his partners launched their hospitality program just in time for the COVID-19 pandemic to essentially kneecap every business with whom they were looking to partner, but once Fagut had some momentum going, it was off to the races.

Avocado Bikes has started offering their bikes for sale on its website and Fagut has expanded the program to Provincetown, Rhode Island, and a few spots in Florida.

“I look back and just think, ‘Holy cow.’ I came here a little over a year ago with nothing set up, and now… I have couples who tell us they’ve been coming here for 23 years and they’ve never had this much fun,” said Fagut.

It all started with a 100-mile bike ride. For Ken Fagut, that was just the start of a journey that still thrills him with every pedal.