A drive on Interstate 95 can seem monotonous: the usual flurry of hurrying cars, rumbling tractor-trailers and signs for fast food.

But in northern Jasper County there’s a landmark worth catching your eye.

As drivers approach Ridgeland, they are welcomed with a green sign at Exit 21 that recognizes one of the Lowcountry’s most accomplished natives. 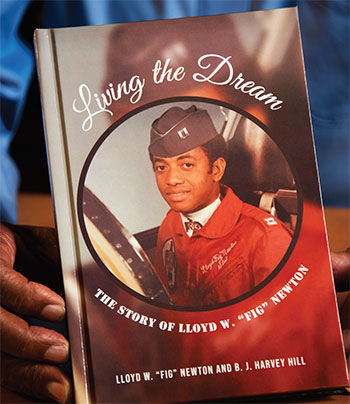 The General Lloyd “Fig” Newton Interchange, which was named in Newton’s honor in 2012, is one of many distinctions that pays tribute to the retired U.S. Air Force four-star general’s journey from a small town to an accomplished military career.

“I can’t tell you how many people have said, ‘I saw that sign. Is that you?’ ” Newton said. “I didn’t know the impact it was going to have.”

Newton’s impactful success story is the inspiration for his book, “Living the Dream: The Story of Lloyd W. “Fig” Newton.” Written with B.J. Harvey Hill, Newton, who now lives in Bluffton, said the goal is to inspire the younger generation, primarily those in junior high school and older.

“I was thinking about youngsters who may not have high aspirations about their future, about how far they can go,” said Newton, whose military service was from 1966 to 2000. “I was in the same place. I had no idea what it would be like to be a pilot.”

Growing up in the 1940s in Gillisonville, a few miles north of Ridgeland near what is now Congaree Golf Club, Newton was always fascinated by the military, especially those sharp uniforms.

His cousin, Lee Newton, was in the Army and it often became a big local event when he returned home.

“Even though we lived in a rural area, it seemed like everybody knew he was home because we wanted to see him,” Newton said. “I was always impressed with the military and the uniforms they wore.”

Newton would watch the planes fly out of Savannah and wonder what it would be like to soar high in the sky. He thought he’d ride in an airplane some day, but never imagined he’d be a pilot.

His interest peaked while attending Jasper High School and he planned to enlist in the Air Force after graduation.

But an instructor, Fouch Shanklin, thought Newton’s best career path would be through continuing his education.

Until then nobody had talked seriously to Newton about going to college, but one fortuitous conversation changed the course of his life. Newton learned he could get a degree and still go into the military.

He attended Tennessee State University and discovered it had Air Force ROTC and aviation programs.

The stars were aligning. Newton earned a bachelor’s degree in aviation education and a commission as an officer in the U.S. Air Force.

“I can be a pilot? Growing up, particularly as a Black kid here, that wasn’t something you ever thought you could do,” Newton said.

Newton flew many different aircraft, including the F-4, F-15, F-16 and the F-117 Stealth Fighter. He flew 269 combat missions in south Vietnam and 79 missions over north Vietnam. Newton logged more than 4,000 flying hours.

He served as the first African American pilot with the U.S. Air Force Thunderbirds.

The path, Newton said, begin with a commitment to education. His parents, John and Annie, had limited formal education but stressed to Newton and his seven siblings the importance of getting good grades.

He lived in a farm community, where many of the kids worked on the farm. Sometimes children would help on the farm instead of going to school, but as much as they could, Newton’s parents kept their children in school.

“They were big supporters of education,” Newton said.

His father would ask him what was the most important four-letter word in the dictionary? The answer was: Know.

Newton’s father understood the more his children knew, the more successful they’d be.

“Knowledge is the key,” his father said.

That instilled passion for education is why Newton welcomed the opportunity to help Polaris Tech Charter School get jumpstarted. 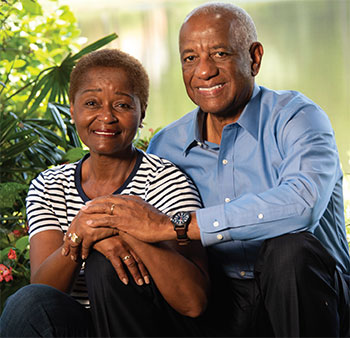 Newton was happy to get involved. The groundwork began in 2016, and the Ridgeland-based school — which has students from Beaufort, Colleton, Hampton and Jasper counties – opened in 2018. This June, 19 students became Polaris Tech’s first graduating class.

Newton is the chairman of the board of directors.

“There’s so much of an opportunity to change the whole dynamic of how you transfer knowledge into the individual,” he said.

Newton is 78 years old. He’s had a decorated career. He could kick back and enjoy the laidback Lowcountry lifestyle.

“Just seeing the growth in some of the learners, you go, ‘Wow,’” Newton said. “When you see that, you want to stay involved.”

Newton hopes “Living the Dream,” which details his time growing up through the end of his military career, will be a guiding point for the young. He hopes they will read the book and understand there are an infinite number of possibilities ahead.

“I want to get them to appreciate the opportunities they have in front of them,” Newton said. “In their minds they probably are not thinking they can climb to great heights, but I’m hoping that if they read this book, they can step away and say, ‘You know what? If he can do it, I can do it even better.’ ”