JIMMY DELOACH JR. HONORS DAUGHTER WITH FOUNDATION IN HER NAME

On the morning of April 22, 2015, seven Georgia Southern University nursing students were heading to St. Joseph's/Candler in Savannah for their last day of clinical rotations when they were involved in a horrific seven-vehicle wreck on I-16. Five of them did not survive.

The father of one of those nursing students decided to turn the tragedy into good. After all, his daughter’s favorite Bible verse was Romans 8:28, which says, “All things work together for good for those who love God.”

A self-described man of faith, Jimmy DeLoach Jr. knew that God could even use his daughter Abbie’s untimely death for good.

Jimmy recalled thinking, “I am not going to let this thing beat me down like this. I’ve got to do something about this to change the tide, to change the thought process. I lost a girl. So did the other four families. So, there’s a huge void right there, and as a parent, you have a choice of what to do with this grief.”

One year after his daughter’s life was taken, Jimmy started a foundation in her name. The Abbie DeLoach Foundation is based on Abbie’s three passions: nursing, athletics and serving God by serving others. The foundation’s tagline is “Live Inspired,” and its goal is to inspire people to continue Abbie’s mission of doing good works. 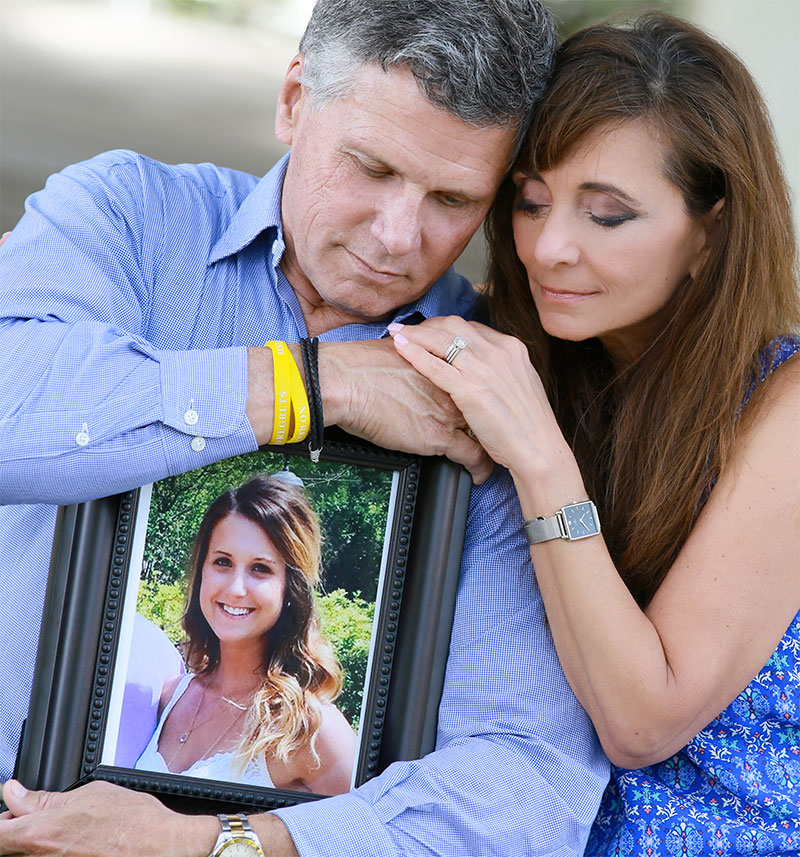 As a former assistant football coach at Georgia Southern University, Jimmy saw firsthand how scholarships gave students hope for a better future. He decided one of the ways the foundation would carry on his daughter’s good works would be by granting scholarships to students.

The Abbie DeLoach Foundation partners with various schools as well as Compassion Christian Church in Savannah, to award scholarships to student athletes, nursing students and kinesiology students. The foundation has given out almost $1 million in scholarships and grants since its inception in 2016.

A 2012 graduate of Savannah Christian Preparatory School, Abbie was a hardworking, competitive, athletic young woman who loved Jesus and cared deeply about others. She had been looking forward to going on her first mission trip, which she planned to take in the summer of 2015 with her father to China. 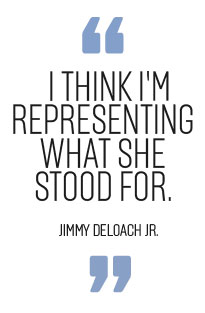 “She had compassion,” Jimmy said. “And that’s one of the things that set her apart from the person sitting beside you. She always wanted to know how you were doing, what your day was like.”

College scholarships are not the only way the foundation follows Abbie’s compassionate lead. The organization has provided supplies to teachers in Savannah area public schools, sponsored local athletic teams, given hope to victims of human trafficking, helped people living in poverty, and funded medical mission trips to Ecuador and Africa. The foundation also built a women’s vocational training center in India called Abbie’s Home, a Place of Hope and Healing.

The foundation has accomplished many things over the past five years, but Jimmy said its greatest feat has been educating people about the dangers of distracted driving, the cause of the wreck that killed Abbie and the four other young nursing students.

The foundation launched a #HandsFreeforAbbie social media campaign to remind people to pay attention to the road while driving. Jimmy encourages people to visit the foundation’s website and sign a pledge to drive safely in memory of Abbie.

When asked what Abbie would think of the foundation, Jimmy said her initial response would be, “Dad, is that the best you can do?”

“But I think she would also say, ‘Dad, you’re doing the best that you can,’ ” Jimmy said. “And I think I’m representing what she stood for. My other daughter is in the medical area, and I think that Abbie is looking down on her sister, really making sure that Anna is going to be successful … I think Abbie would be very pleased.”

For more information on the Abbie DeLoach Foundation, to donate or to apply for a scholarship, visit abbiedeloachfoundation.com.