After decades of devoting his life to becoming one of the world’s best football players, you might think five-time Pro Bowl linebacker Keith Brooking would have a lot of time on his hands since retiring nine years ago after a 15-year NFL career.

“I’ve got four kids, man,” Brooking says with a laugh. “I don’t have time for hobbies.”

Sure, retiring to the Lowcountry affords him ample opportunity to get out on the golf course or climb in a tree stand, but with four busy children — 14- and 10-year-old boys and 13- and 5-year-old girls — there’s little time nowadays for offseason junkets to Chipper Jones’ South Texas ranch, where Brooking still claims the biggest buck taken off the property and reminds the Hall of Fame third baseman of it regularly.

Brooking spends more time in the family SUV along with his wife, Holly, these days than he does in the weight room (but don’t get it twisted; he’s still jacked). 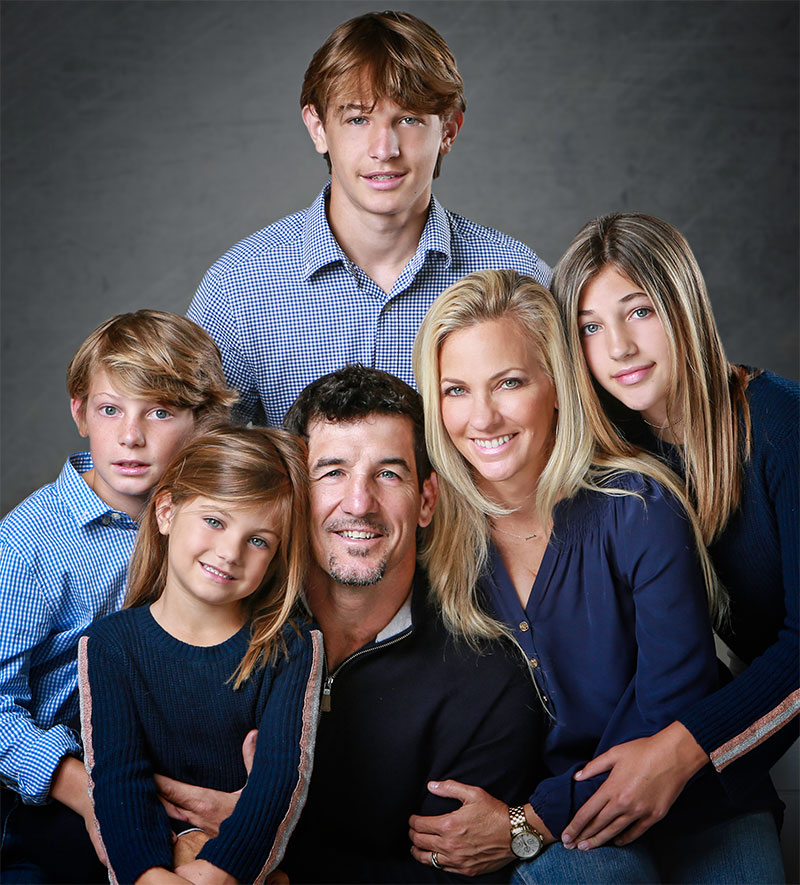 Brooking’s boys “go straight from football to basketball to lacrosse,” while 5-year-old Willa is just getting started in basketball (“It’s hilarious,” Keith says. “Herding cats.”) and his oldest daughter, Ella, followed Holly’s path into competitive dance. Holly danced at Florida State and later for the Miami Heat, so Keith can stay above the “Dance Moms” fray.

“If you think the football dads are crazy, they’re nothing compared to the dance moms,” he laughs. “It’s really cool going there and supporting her. It’s hard to relate to it, but Daddy tries to do his best.”

Even with his boys, it’s a seismic change for the ultimate competitor, who now finds himself in a new role as spectator and dad after so many years in the spotlight during the heat of competition. But it’s a welcomed change, especially as he watches Logan and Jonah flourish playing lacrosse, a sport Keith wasn’t exposed to as a kid but certainly would have excelled at.

“It’s a great sport,” he says. “It’s good to just sit back in the stands and be a dad and watch them play and cheer for them. It’s really fun.”

He provided that same level of joy for football fans for the better part of two decades, beginning with an All-America career at Georgia Tech and spanning 15 NFL seasons that included five Pro Bowl nods with the Atlanta Falcons.

Brooking is grateful for the opportunities football afforded him and the lessons the game instilled, so he remains devoted to passing the sport on to the next generation. Since 2017, he has partnered with Buddy Curry, another former Falcons linebacker, for an annual free football clinic that includes an educational element to discuss concussion awareness and prevention with parents.

And he has tried his hand as a coach, too, first at the youth level and then with a grassroots challenge — building a football program from scratch at Cross Schools in Bluffton.

The school only went through ninth grade this year, with plans to add one grade per year as it expands to K-12, so the team played its first junior varsity high school schedule in 2020 and finished 7-1 with its only loss coming to Thomas Heyward, an area powerhouse whose varsity program won its third consecutive SCISA Class 1A state championship in November.

Brooking stepped away from the program after the season. His oldest son will continue his career at Savannah Christian Prep next school year in hopes of following his father’s rather large footsteps to the collegiate level — and beyond.

Nonetheless, Brooking is grateful for the chance to create an opportunity to play football where there wasn’t one previously.

“I’ve gotten so much joy from starting the program there and coaching the boys and giving back to the game that has given so much back,” he said. “I started coaching to give back, and the game just keeps giving to me.”