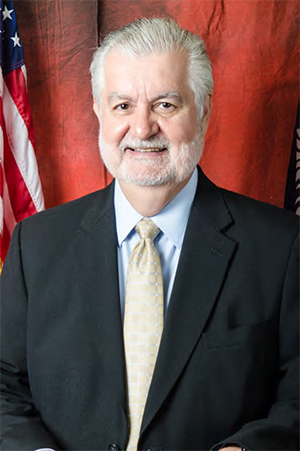 PUBLIC WILL HAVE INPUT ON FACE MASK ORDINANCE

One of the responsibilities as chairman of the Beaufort County Council is to place items on the council agenda that will ensure and protect Beaufort County so that it will continue to be one of the most desirable places in the United States to live, work, vacation, enjoy and appreciate.

The super majority of council honestly believed that the emergency ordinance that we originally passed and renewed has helped to protect Beaufort County from suffering a greater loss of life and incidence of illness while ensuring that our economy stayed open as much as possible.

In the past few weeks, we have had differences with some members of the public regarding our emergency ordinance, which requires people to wear a mask in public places, and with the first reading of an ordinance to require people to wear face coverings in public.

On Oct. 19 it was renewed and will expire on Dec. 19. During the same meeting in which we renewed the mask ordinance we also presented, for first reading, a new ordinance that was to replace the emergency ordinance but would require three readings and a public hearing before it is officially adopted.

The intent was to introduce an ordinance that would be proactive and would allow us to deal with the current and any future public health issues.

Our thought was that we would be creating a plan along the lines of the evacuation plans we have for hurricanes or any other natural disaster that hits our area.

County Council was never able to discuss whether this ordinance would be in place for a specified period or if it would be permanent.

Some members of the community assumed that we, and me specifically, wanted everyone to wear masks forever. That is not the truth.

We, as public servants, look at this as a public health issue and that we should do anything in our power to control the spread of the virus. Masks are only one tool to help curb the spread.

Yes, they are inconvenient to wear, but if we wear them correctly, they help. Hand washing is another key tool and, finally, socially distancing is extremely important.

Here is what we are going to do now.

We will not continue with the proposed ordinance. Rather than be proactive with a plan, we will be reactive. When the emergency ordinance is about to expire, we will judge, at that time, what next steps we will take.

We may have to adopt another emergency ordinance if the number of cases in Beaufort County are stressing our health care facilities and our hospitals.

We may need to change the emergency ordinance to encourage certain key businesses to continue the use of masks, such as grocery stores, where people could spread the virus.

Alternatively, we may just let the emergency ordinance expire because we have fewer cases.

These are all possible scenarios, and we will not know until December, which is the right approach.

Let me assure everyone that the public will have ample time to weigh in and we will allow adequate time for public input.

The December meeting will be an in-person meeting to have the public input on the fate of the emergency ordinance.

Let us have a civil discourse between now and then. We will not always agree but we should listen and make changes that reflect the needs of the county that we serve.