In the ideal, you could look at a town’s newspapers from 20, 40, 100 years earlier and get a clear picture of what life was like in that time and place. How people lived and played and ate. Their work and their faith. Their government and their schools. Their entertainment, their rites and rituals. How they treated each other.  What they argued about.

That’s what local newspapers do. They turn a mirror to our community, and, like every good-quality mirror, they reflect our best parts and our flaws. What’s that blemish? Has it always been there?  Is there a way to get rid of it?

It’s always been the case that newspapers weren’t the only source of local knowledge, even before radio and television.  (When I was a small-town editor, a reader once told me, “We already know what’s happening.  We take the paper to see if you got it right.”)  But they’ve been central: who died, who’s running for office, what’s going on at city hall, how the high school football team is doing, and on and on. 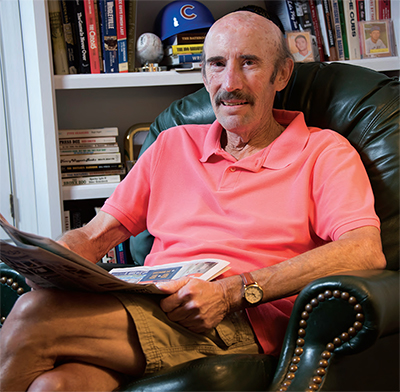 Today, everyone who’s old enough to name the Beatles conjures a bygone image of “local newspaper.”  A kid on a bike tosses one on the front porch early in the morning.  You look in the classified section for an apartment, a job, a used car.  You got ink on yours hands; the news was “hot off the press.”

Gone, gone, gone. The internet era has done to newspapers what radio and TV couldn’t. When advertisers moved online, they took the majority of newspaper revenue with them: ads, not the price of the paper, paid most of the bills. Many newspapers died – 30 percent of the U.S. dailies that existed a half century ago in this country are gone.  Even more alarming, newsrooms have half as many reporters and editors as they had just a dozen years ago.  Many of the remaining people have as their first mission putting the news online.

Certainly, there are other printed sources of information locally.

Giveaway visitor guides have their uses. In recent years, a couple of Spanish-language publications have begun serving the burgeoning Latino community.

And there are quality local magazines, the granddaddy of them, at age 35, the one you’re reading right now.  A publication like Hilton Head Monthly can step back from the day-to-day hustle-bustle and reflect the flavor of this place we live.

As the economics of daily journalism became more daunting, family-owned newspapers were bought up by stockholder-owned corporations, which now are being bought up by hedge funds.  Suffice it to say that the people who run those things aren’t losing sleep over the quality of your local city hall coverage.

There’s no local news radio anymore and local TV news in the biggest of markets goes big on car crashes and gang clashes, short on in-depth government reporting.  We’re not part of the biggest markets, so we don’t get even that. 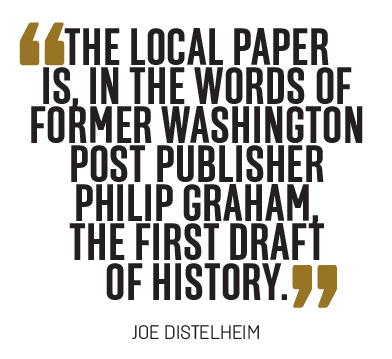 So, we look online, mostly for information that doesn’t cost anything, and in many cases,  you get what you paid for.  There are social media galore, and there’s your neighborhood bulletin board where some guy you don’t know can start a thread alleging earnestly that the mayor is a secret Communist, or a woman heard from a friend at the gym that ….

Everybody’s local newspaper is imperfect.  It has always been thus, and today’s papers – smaller staff, smaller page count, smaller reach –  make them more so, no doubt.  But in this community and most others, there is no better resource to find out what’s happening in the schools and the people in charge of them, or what zoning decisions might bring big new building projects here, or what officials are doing with your tax money.

Have health statistics ever been more important, or have regulations that seem to change every other day?  A study by the nonprofit PEN America last year concluded that, with the loss of local news, “citizens are: less likely to vote, less politically informed, and less likely to run for office.”  That’s not good for democracy.

The local paper is, the words of former Washington Post publisher Philip Graham, “the first draft of history.” That’s for tomorrow’s scholars.  For today, it’s bulletin board and sounding board, town crier, village square, agenda-setter, watchdog.  It’s a vital piece of the tool kit we use to maintain the kind of government and society we want, and a mirror that shows how well we’re doing.

Wherever you live, local journalism is worth supporting.

Joe Distelheim is a former editor at The Charlotte Observer and sports editor at the Detroit Free Press. He retired as editor of The Huntsville Times in Alabama. He lives on Hilton Head Island.