HELEN RYAN IS A POWERHOUSE FOR LOCAL STUDENTS

Well known locally for her tenure as principal of Hilton Head Island High School and her role in developing John Paul II Catholic School, Dr. Helen Ryan has been many things: wife, mother, nurse, educator, faith leader. One constant in all aspects of her life, though, was serving others.

Growing up in Connecticut, Ryan attended a Catholic parish school through eighth grade. But almost two-thirds of her seventh-grade year was spent in a hospital in Hartford, trying to determine what was wrong with her. Eventually, she was diagnosed with polio, and she had to wear leg braces until her senior year of high school. This experience had an impact on her future career choice: She received her bachelor’s degree in nursing from Salve Regina University in Rhode Island and served as a charge nurse in Hartford; a nursing supervisor in Kirkwood, Missouri; and a professor of nursing in both Kansas and Maryland. After receiving her master’s degree in nursing from Wichita State, she began to focus on education, earning a Ph.D. in human services from Walden University and becoming an assistant principal in Rockville, Maryland. 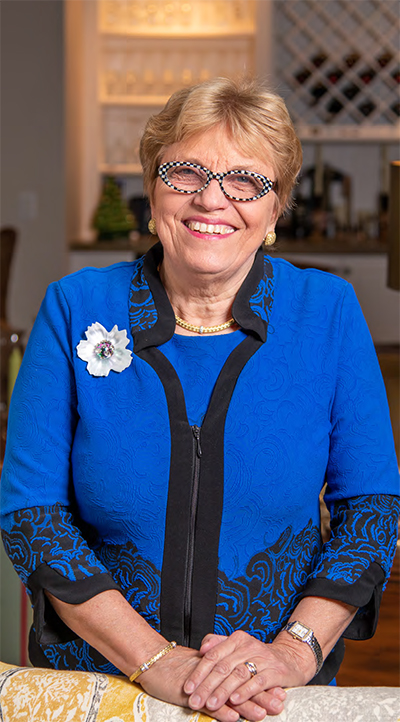 Eventually, Ryan and her family — husband Don and their son and daughter — began to consider what they would do when she retired. The family had a second home on Hilton Head Island, so Ryan sent her resumé to Beaufort County Public Schools, planning to apply for a job in the future. But the school district wanted to bring her onboard immediately, and her would-be retirement was short-lived: Ryan became the principal of Hilton Head Island High School in 2000.

“Dr. Ryan had more energy than teachers half her age,” said current Hilton Head High principal Steven Schidrich, who had worked under Ryan’s leadership. “She was always seen about the building engaging students and teachers … was always trying new ideas that would increase student achievement. She was integral in growing our International Baccalaureate program. During her time here, our school gained national recognition as one of our nation’s top schools.”

Working with students, parents and the greater community was always a big part of Ryan’s daily life. This can be seen in a comment from Dennis Jaworski, the parent of one of Ryan’s students: “Helen was a tremendous emotional support to my son Kale. During his senior year, Kale’s mother, also an educator, died of cancer. Helen took Kale under her wing and helped him through a very tough time. Helen was also instrumental in organizing our fundraising efforts to provide college scholarship money to honor Kale’s mom’s teaching legacy. Kathy’s Race, an annual 5K race, took place on school grounds with the additional support of the National Honor Society. Later, when Helen’s husband, Don, passed, it was my turn to repay the hugs that she so freely gave.”

In 2007, Ryan announced her retirement — again. This time, she planned to help move her husband’s business to Bluffton. Members of the senior class that year invited her to baccalaureate Mass at Holy Family Catholic Church, and she was happy to accept. That invitation lead to another: The parish priest asked her to assist with the development of a Catholic high school in the Lowcountry.

Ryan was intrigued, and the opportunity fit with her personal motto: “To positively impact the intellectual, spiritual and cultural life in the community where I live and work.”

In addition to helping her husband with his business, Ryan spent the next 10 years working on curriculum development and fundraising for the $12 million project. The end result: John Paul II Catholic High School, grades 7-12, in Okatie is at capacity and plans are underway for the next “innovation” building to expand its commitment to STEM strategies across the curriculum. This May’s graduating class — the school’s fourth — is a class of 42 students.

Today, Ryan still hasn’t slowed down. Instead, she was inspired by a senior research project presented by a student at John Paul to launch a new project requiring research into Christian doctrine, a feasibility study, and a review of current programs to build a case for inclusion that Ryan plans to present to college presidents to create a four-year residential program for students with special needs.

It’s all part of her focus on caring for others and her community.

“If we had more Helen Ryans,” said Bluffton Mayor Lisa Sulka, “our world would be a better place.”

Those who define retirement as “withdrawal from one’s position or occupation or from active working life” have never experienced retirement in the Lowcountry. Here, many people’s “Second Acts” are just as purposeful as their first — boosting the economy, supporting area nonprofit groups, generating creativity and enhancing quality of life for the community. This column captures their stories.