LOWCOUNTRY WOMEN WORK TO SAVE THE WORLD, ONE KID AT A TIME

Sheila Rivera grew up with nine older siblings. After their mother died and their father left, her brothers and sisters became her parents.

“I’m the youngest of all 10,” Rivera said. “And they gave me all the love and attention I needed.”

Rivera was only 1 year old at the time. Her siblings raised her, and she has never forgotten their sacrifices and willingness to step up for the good of the family. Because of her siblings, the Burton woman has always wanted to help children who are in difficult situations like she was in as a baby. From a young age, Rivera dreamed of running a group home for children. 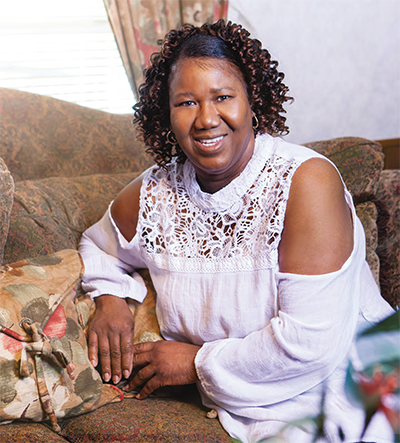 And while she hasn’t quite made that happen, she’s still made a huge difference in the lives of Lowcountry children: Since 1994, she has fostered at least 25 children. Rivera, 59, has two biological children, three adopted children ranging in age from 14 to 18, and currently is caring for four foster children ages 2 to 14. Her example also inspired her close friend Cyndi Addison to become a foster mom too.

“I just love them and give them what they need,” Rivera said. “If you love them, they don’t need much because then they understand that ‘I have somebody who really loves me and wants me and takes care of me.’”

She said foster children often deal with a lot of trauma. They are put into situations where they have no control and are moved from foster home to foster home. When she sees that one of the children is having a particularly difficult time, she comforts them with a hug.

It was this urge to save children that led her to adopt. At the time, she was single and had no money, and didn’t think the judge would let her adopt the three children. She told him that all she had to give them was her love. He said that was all they would need.

Rivera’s journey to becoming a foster parent began in 1994, when she was the director of a day care for children whose parents were participating in a GED program and heard about a teenage mother whose home was deemed unfit by the state. Her baby was going to be taken away.

“My heart went out to this young girl and her baby,” Rivera said. “I just had to help.”

Rivera offered to take them in and soon began the process to become a licensed foster parent. She has also worked with teen moms through South Carolina Parents as Teachers, a national program run locally by S.C. First Steps. Rivera is now an assistant teacher in a special education classroom at Whale Branch Middle School. She also works as a therapeutic foster parent at the nonprofit S.C. Youth Advocate Program. 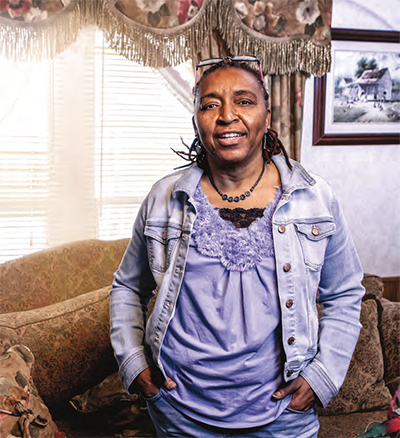 Even with the monthly stipend Rivera gets for each foster child, money is tight. To help make ends meet, she cleans rental villas on Hilton Head Island on weekends in the summer. She is thankful for her daughters, sisters and friends who help with the children when they can.

One of those friends is Addison, who lives near Rivera in Burton and decided to become a foster parent after watching Rivera interact with the children in her care. She is currently caring for two foster children.

“When I was around her with her kids, I thought that looked like something I could do,” said Addison, 61, who retired early from the Orangeburg school system after breast cancer treatments left her with neuropathy. “I can’t work a full-time job but my heart goes out to these kids.”

Addison became a licensed foster parent in 2018, and she and Rivera babysit for each other when one of them needs to be away from home.

She, other friends and family members were a big help when Rivera was having health problems. In addition to having diabetes, she was diagnosed with breast cancer in August 2018 and underwent a mastectomy.

“I was there for her as a friend. I took her to her treatments and comforted her,” Addison said.

Rivera calls Addison her “backbone” during this difficult time.

“I don’t know how I would even be here without her,” Rivera said.

Both women are now cancer free. Strengthened by each other, they are focused on the children who need them.