What happens when one of the writers of the hit children’s cartoon “SpongeBob SquarePants” moves to Bluffton to teach at SCAD and announces in a local Facebook group that he’s here and wants to get to know locals? Hundreds of people respond enthusiastically. Luckily, Eric Scot Shaw is excited to meet them. 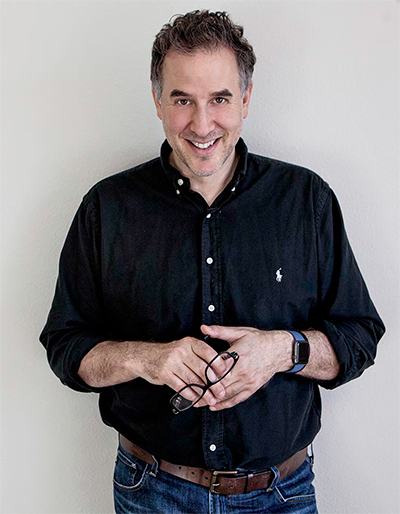 Some might expect Shaw — a Columbia graduate, college professor, Hollywood screenwriter and Emmy Award winner — to be jaded by his association with Tinseltown. But it’s his favorite job — and, he said, his most important one — as a family man and proud father of three that keeps him grounded.

That, and his sense of perseverance.

“To succeed in Hollywood,” he said, “you must be lucky and persistent.”

To succeed in Hollywood you must be lucky and persistent.

It took persistence for him to even get to Hollywood. With only a reference from a friend on the West Coast, Shaw loaded up his trusty Toyota Corolla and drove from Jericho, New York, to sunny California to try to find a writing job. He hustled and sent resumes to more than 200 production companies. Only one answered: Wapello County Productions — owned by Tom and Roseanne Arnold. After one short interview, he got the gig. He was gainfully employed and working in Los Angeles — for comedian and actor Tom Arnold.

After just a year at Wapello, and with a good word from Arnold himself, Shaw landed a job at Fox and started working as a writer’s assistant. In between coffee runs and photocopying scripts, he was offered a chance to write his own script for an episode of the network’s “Secret Service Guy” — a series that never made it to air, thanks to the unpredictability of network television.

Over time, as reality TV became more popular, opportunities for sitcom writers began to dwindle. Sensing a need to expand his horizons, Shaw returned to New York and enrolled in Columbia University, earning a bachelor’s degree in political science. And though his sitcom writing was temporarily on hold, he kept his hand in the game by writing for the Columbia Daily Spectator, the college newspaper, and working at a stock footage company in Manhattan.

After graduating in 2003, he reached out to an old boss at Fox. A few months later, he found himself chatting with an executive producer for “SpongeBob SquarePants” — which led to another move to Los Angeles to work as a staff writer for Nickelodeon. 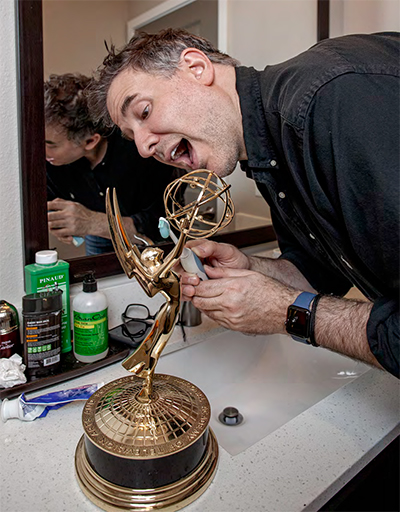 While he loved the opportunity to write for such a fun show, it came with a price. Nickelodeon is based in Burbank, California, and Shaw’s kids were in Long Island, so he would fly across the country nearly every weekend to visit them.

“I would take the Burbank to JFK red-eye Friday night, and then I’d be back at JFK for a 6 a.m. return flight on Monday,” Shaw said. “I just couldn’t stand being away from my kids.”

After his stint with “SpongeBob” ended, Shaw moved on to PBS and “WordGirl” — for which he won an Emmy Award as head writer. He’s also written for production companies like Jim Henson Studios, Walt Disney and DreamWorks. Eventually, he decided he was ready for a new challenge: teaching.

In the fall, he moved to Bluffton and began teaching a screenwriting course at SCAD. The 30-minute commute doesn’t bother him, he said; it’s nothing compared to the traffic he faced in Los Angeles and New York.

“It took me 15 minutes just to get out of my driveway in Glendale,” he said. “That Lowcountry drive is a great part of my day. I honestly look forward to it.”

Other things he’s looking forward to? The slower pace of Lowcountry life and more time with his kids. And, of course, “the warm ocean water in the summer is beyond cathartic.”