Since then, the Hilton Head Island resident has made several more rocking giraffes, as well as rocking cows, goats, horses, pigs, a camel, a bull and a burro. He also made a couple of motorcycles, specially ordered for friends.

Over the years, Whidden has sold a few of his creations but has given away most of them, either as gifts or donations to charities. His most recent donation was a goat that was sold at a silent auction put on by the Hilton Head Island Sunset Rotary Club, where he is a member.

After Whidden and his wife, Linda, moved to Hilton Head Island from Ellington, Conn., they gave the business a name — Rockin’ in the Lowcountry. 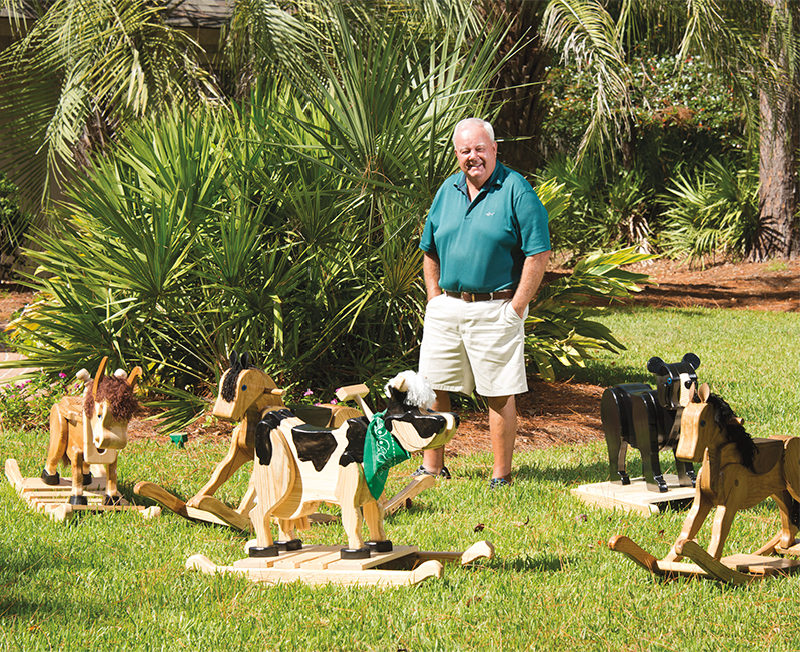 The animals have names, too. There’s Jasper the Cow, Billie the Goat, Magnolia the Mare, Babe the Pig and Beaufort the Burro. They each come signed and with individual birth certificates.

Right now, John is working on his first rocking bear.

He was introduced to woodworking as a young boy. Growing up on the outskirts of Portland, Maine, he was surrounded by woods. His father was a woodworker and had a shop full of tools, so John learned early on how to swing a hammer and use a lathe.

At age 5, he asked some construction workers if he could help them with the church they were building down the street from his home. 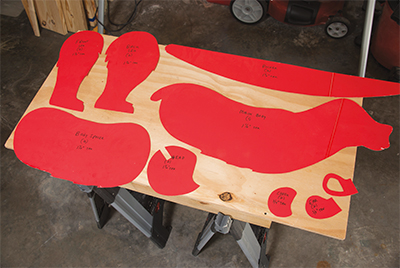 “That was fun,” he said with a chuckle, remembering an incident with his neighborhood buddies.

He and the boys used to love building Soap Box Derby racers and forts in the woods. One day they decided to build their own log cabin. When they finished, they decided a fireplace would be a nice addition. The got an unpleasant surprise when they lit their first fire: the cabin went up in flames.

Despite that unfortunate start, John kept on building things. He had successful careers working in aerospace engineering and construction management. He also taught classes at a vocational school and built a few homes while still in Connecticut.

Most days, John can be found in the workshop of his two-car garage at his home in Hilton Head Plantation. Even in the brutal heat of Lowcountry summers, he’ll spend six hours at a time working in the garage, staying hydrated with lots of water and Gatorade. 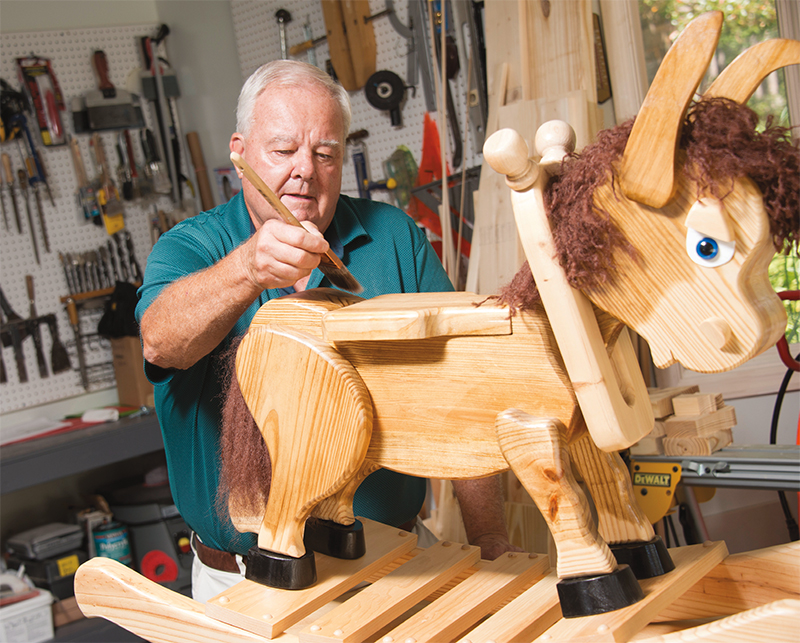 He listens to 1950s and 1960s rock, old country, bluegrass and some 1940s music while he works away on his creations.

John — who is highly organized — has the process down to a science, never leaving his workbench cluttered or tools out overnight. At the end of each day, he vacuums and cleans up the garage before pulling the cars back in.

The only part of his work that John could do without is unraveling macrame cord, which he uses as the animals’ hair. 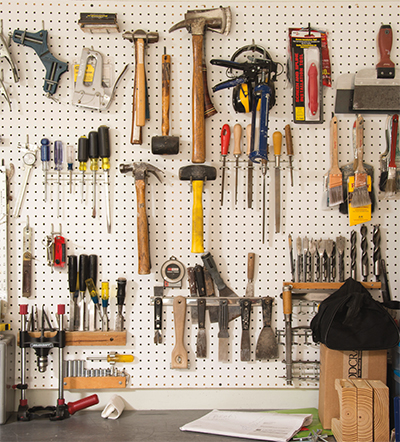 Linda helps John with his hobby, coming up with new ideas and picking up supplies for him. She also has her own business, Moose Maid Mittens. While John’s workshop is in the garage, hers is in the dining room. She makes mittens she calls “Smittens” from recycled wool sweaters lined with fleece. Linda also has done an excellent job documenting John’s work with pictures and even picture books.

When John is not working in his shop, he can be found on the golf course.

“I can’t sit around doing nothing,” he said. “That’s just something I can’t do.”

To purchase a rocking animal from Rockin’ in the Lowcountry, call John at 860-539-6492 or email johnwh93063@comcast.net. He usually needs two or three weeks to complete an order.