LOWCOUNTRY MEDIUMS USE PSYCHIC ABILITIES TO HELP OTHERS

National and local interest in the paranormal spiked recently after the release of video footage showing U.S. Navy pilots reacting to fast-moving, oblong objects — allegedly UFOs — hurtling through the air. The Navy acknowledged that the footage is real, and have admitted that they don’t know what, exactly, the objects are.

But for mediums in the Lowcountry, UFO sightings, spirits and communication that can’t be explained by traditional science are part of everyday life. They say that their access to the supernatural world allows many opportunities to help others. 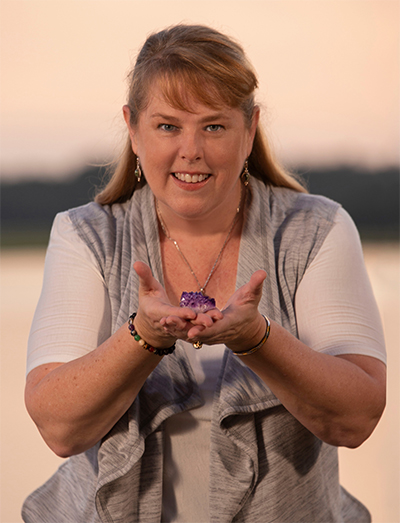 Samantha Love Kaufman was antsy before a recent mid-afternoon appointment in Bluffton, which wasn’t normal for her.

“I usually have really calm energy, but for about 10 minutes before you got here, I was rushing around and couldn’t finish anything I started,” she told a new client who Kaufman would soon learn had come seeking help with, among other issues, feeling overworked and stressed.

“Sorry, that was me,” the woman said sheepishly. “That’s how I live.”

Kaufman’s work as a self-described “intuitive” immerses her in other people’s realities: In addition to listening to problems often so gut-wrenching that they might never have been described aloud before, she picks up on people’s energy and feels the presence of the departed.

“Those who have crossed over are not ‘up there,’ ” she said. “They are all around us, all the time.”

Kaufman is a medium — also known as a psychic — but she also is an ordained minister, real estate agent, website and app designer, wife, and mother of two young adult children. She has been unusually sensitive her whole life and approaches her craft with benevolence coupled with intellectual curiosity. 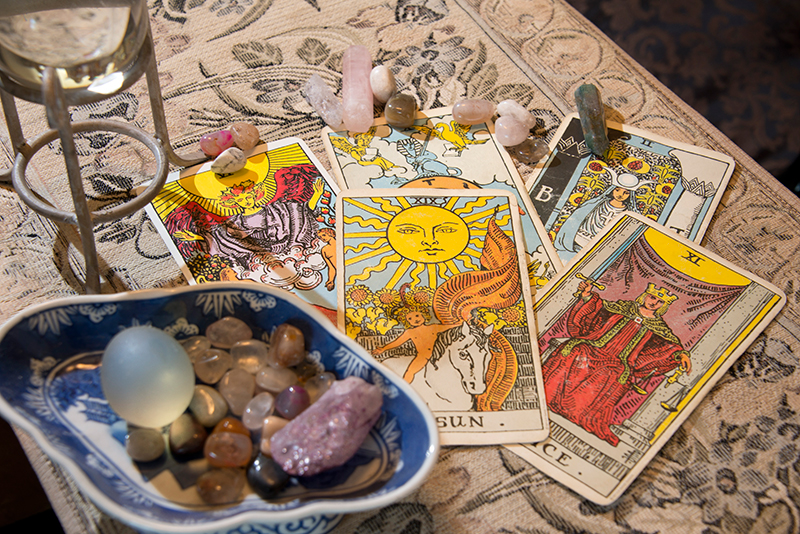 Kaufman has honed her intuitive abilities for more than 25 years, and her home-based practice took off after her father, Dr. Glenn Neil Love, one of Beaufort County’s first obstetricians, died in 2014. She said that after he crossed over, he began visiting her and she felt encouraged to provide readings that, according to her business’s Facebook page, “offer encouragement and guidance in all situations.”

Kaufman is skilled with tarot cards, pendulums and crystals and will use them if clients desire.

“I get downloads of messages from my spirit guides — visions, sensations or packets of information. I try to interpret what’s been given to me to the best of my ability and use words that are going to resonate with the person who is in front of me,” she said. 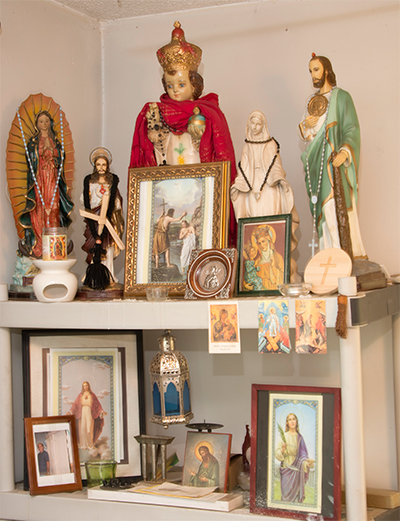 Her readings run the gamut from “a general life overview to specific focused questions, as well as energetic body scans and other modalities,” she said. She also does readings for animals that can, among other things, reveal “what they want and need to say to their owners.”

“Some people speak it, some sing it, some sign or draw or write it,” she said. “Light language is an energetic multidimensional language that is understood by all on a soul level and provides for deep healing.”

A 60-minute reading with Kaufman costs $125. For more information, go to www.afirewithin.me.

Marks, who goes by the name Sampson in his business as a spiritual life reader and adviser, said he has been in the same location since 1997 and regularly attends clients from all walks of life. The promise of a $10 reading has drawn many in, but the bare-bones service — Marks answers two or three yes-or-no questions based on the sign of the client’s birth — is hardly all that’s available. The cost for other readings starts at $60 and goes up depending on their complexity. Marks reads tarot cards — a service that lasts “1-2 hours,” he said — and conducts palm readings, spiritual life readings “based on a problem or matter that you are going through in life,” and psychic life readings, “which are more future-based.”

YOU DON’T LEARN THIS. YOU ARE GIFTED

“You don’t learn this. You are gifted,” Marks said, adding that his Armenian grandmother was a psychic, his sister has a similar business in Pennsylvania and his daughter also has the gift.

No audio or video recordings of the sessions are allowed, and Marks said he asks clients to leave if they request black magic.

People of all ages seek out Marks’s services, usually with questions related to the same topics: family relationships, romantic love and sexuality. Despite not being fluent in Spanish, he has many Hispanic clients and his business card includes the title “curandero” (Spanish for “shaman”).

Island visitors also request his services, but Marks said he turns them away if he senses they’re only looking for entertainment or killing time while waiting for a table at the Crazy Crab restaurant across the street.

“They don’t realize that I might see something in their reading that will make them not want to eat dinner,” he said.

Marks has a business license from the Town of Hilton Head (issued to “Island Psychic”) and, like any business owner, he relies on repeat customers.

“When you walk out that door, I’m going to ask, ‘How did you enjoy your reading? Was a weight lifted off your shoulders?’ ” he said. 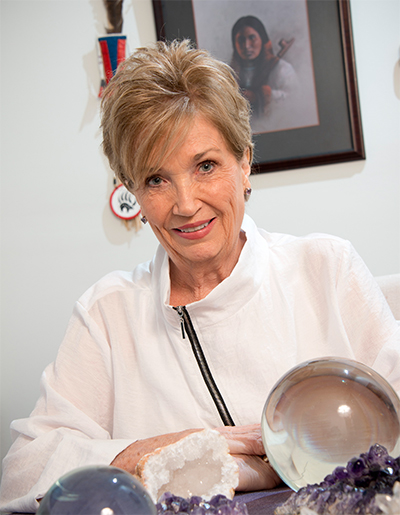 Dwanna Paul first began to explore the paranormal when she was a teenager and has been a professional medium since the 1970s. Her career has included appearances on CBS’s “Haunted Lives” and at conventions in Dallas, Atlanta and other major cities.

For more than 40 years, she says she “has gone into an altered state of consciousness to access the world of spirit” to help people who seek her out. Many want to communicate with loved ones who have crossed over. Others, including seriously ill patients, wonder who and what is waiting for them after the death of the body, Paul said.

At her “Shaman’s Way” classes, held once a month on Saturday evenings at her Bluffton office, Paul lays her hands on each participant and “spirit comes through and works with energy with the people,” she said. Many experience relief from conditions including depression, body pain and other ailments.

Most newcomers start with a private, half-hour reading, which costs $125.

“Even after so many years, I can’t wait for the next person, the next session,” Paul said in her soft Texas accent. “The other day, I had a gentleman who was 88 years old and wanted to communicate with his mother. She came through very clearly. He cried. It was beautiful.”

Paul asks visitors to remove their shoes before entering her soothing, professionally decorated waiting room, where couches are arranged around a low table. This is where she holds her free “Tea and Talk” sessions, where “like-minded people come together.” A mentor for many other mediums, Paul often partners with her students to conduct group sessions and more advanced experiences including table tipping, where spirits communicate by moving a plastic table and spelling sentences.

On Oct. 16, she will be at The Cottage Café, Bakery and Tea Room in Bluffton to lead a “Healing with Angels” seminar. Tickets for the evening are $58 and include dinner, wine and “the opportunity to experience Dwanna and the messages she receives from the other side,” according to her website.

For more information, go to www.dwannapaul.com.