SECOND HELPINGS HELPS CONNECT GROCERY SURPLUSES WITH THOSE IN NEED

Outfitted in white polos and tennis shoes — the signature look of Second Helpings volunteers — a group of volunteers gathered in a parking lot on the north end of Hilton Head Island. Aside from a few minutes of light chatting, little time was wasted as they all climbed into their assigned trucks and took off on a mission to provide food to those in need all around the Lowcountry.

Founded in 1992, Second Helpings is a nonprofit organization working to alleviate hunger in the Lowcountry by distributing food from donors like grocery stores and restaurants to local food banks and other organizations helping to feed the hungry.

Seven days a week, 52 weeks a year, crews of volunteers drive eight refrigerated trucks to participating grocery stores and restaurants around the Lowcountry, rescuing food that would otherwise go to waste. They deliver that food to churches, food pantries, and other organizations. 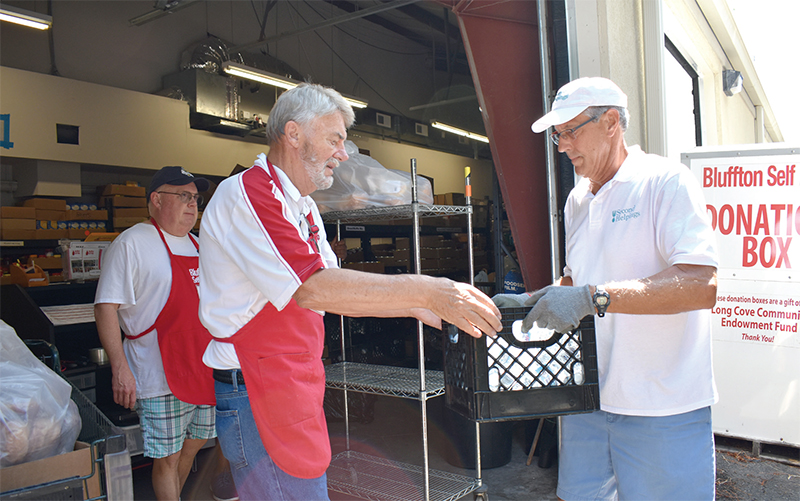 “We are the only organization that picks up food from grocery stores and other vendors and then supplies 57 agencies with not just food, but healthier food that can improve diet and nutrition,” said Lili Coleman, the executive director of Second Helpings.

The amount of food Second Helpings distributes on a given day can vary depending on how much donors have left over to give, but on average it ranges from 1,000 pounds to 8,000 pounds. Since its founding, Second Helpings has transported more than 30 million pounds of food to area food banks and has relied on more than 350 volunteers. Last year alone, volunteers racked up more than 35,000 hours of service to the nonprofit group.

Campbell Chapel AME Church in Bluffton is a regular stop for the Second Helpings crew. The church uses the food delivered by Second Helpings to provide hot meals for those in need. 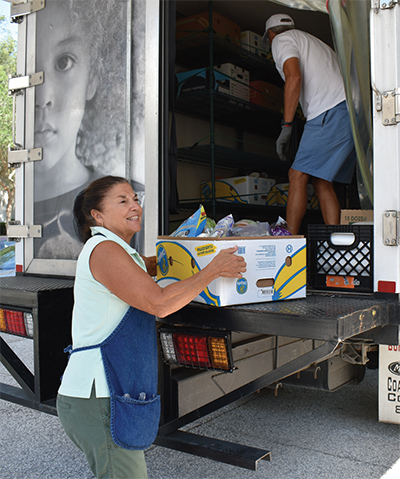 “This organization is just great because there is so much nice food, food that is really expensive, that we get which is just incredible. It’s crazy to think that without them it would just get thrown away,” said one church member, on hand to help with a recent delivery of more than 400 pounds of food by Second Helpings.

Second Helpings volunteer Rich Keefner said working with the nonprofit group has helped him empathize with other members of his community.

“I have never gone to bed hungry or wondered where my next meal was coming from, so being able to meet so many great people and provide them with some peace of mind is special,” he said.

Second Helpings focuses mainly on Hilton Head, Bluffton and Beaufort, but makes deliveries throughout Beaufort, Jasper, and Hampton counties. Last year, the organization helped feed more than 22,000 people, including through a new initiative in which it provided packed meals for riders aboard Palmetto Breeze buses.

“Not everything here is a pretty condo, and if you just open your eyes you can see the level of need,” said Dave Eppinger, a Second Helpings volunteer and driver who began volunteering with the organization after he retired and found himself looking for a way to give back. “That really creates a sense of urgency around what we do because so many people need it.”