Bluffton resident Margaret “Peggy” Pickett has done a little bit of everything over the years.

For a while, she was a trainer for IBM, teaching customers how to use their new equipment. She also taught pre-school, and was a language therapist working with at-risk students.

When her husband retired and the couple moved from their home in Bethesda, Maryland, to Williamsburg, Virginia, she decided to try something new.

“I no longer wanted to be confined to the classroom,” Pickett said. 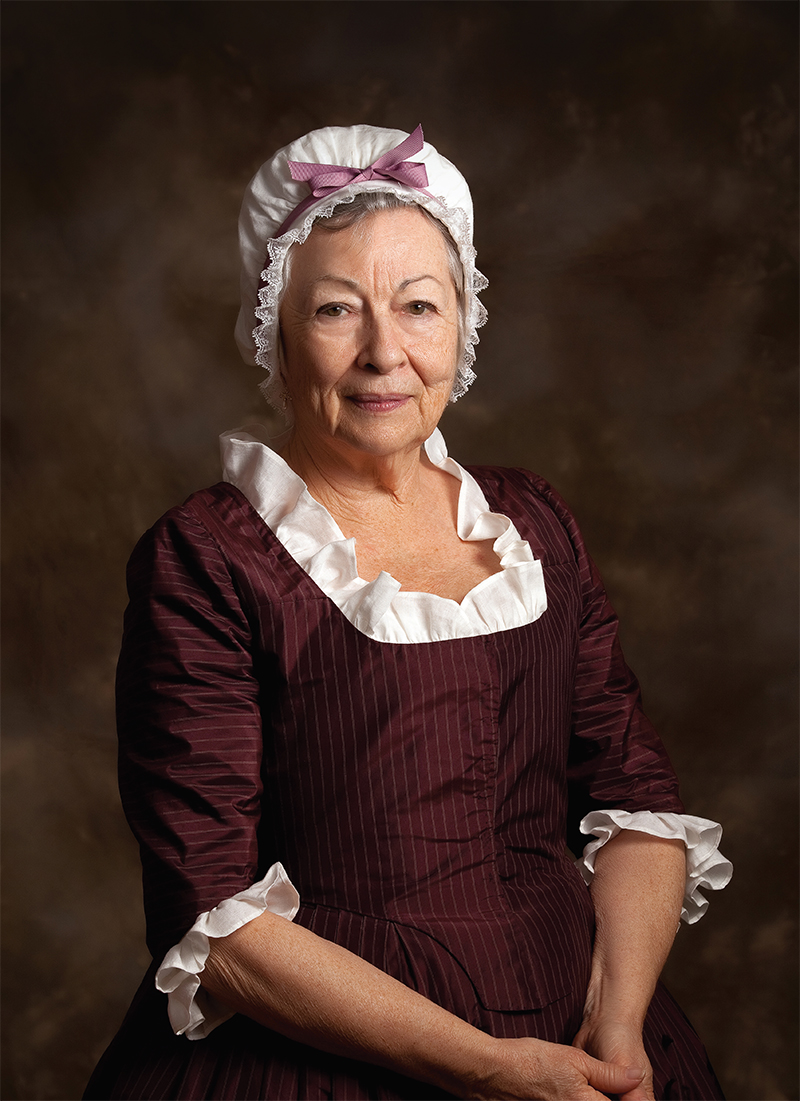 Instead, she turned to museum education in Virginia’s historic triangle — Jamestown, Williamsburg and Yorktown — giving tours and leading hands-on programs for school groups for the Jamestown-Yorktown Foundation. She also worked with beloved doll company American Girl, leading tours of Colonial-era character Felicity’s Williamsburg and hosting tea parties for girls and their dolls while in character as Miss Manderly, who taught Felicity manners, sewing, dancing and proper tea conversation.

Bringing Felicity’s world to life sparked Pickett’s passion for the past, and in 1999 she became an independent historic researcher and living history presenter. She also researched and created two new characters: Joan Pierce and Elizabeth Bacon, who lived on Jamestown Island in the 17th century. 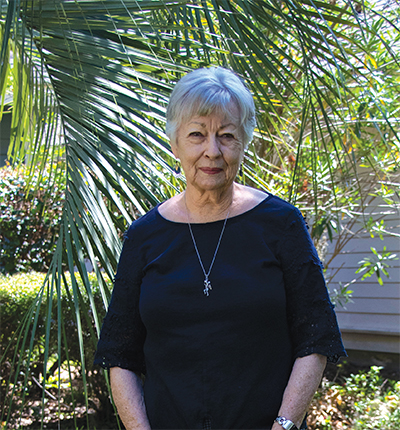 After Pickett’s husband died in 2008, she moved to the Lowcountry to be near her son, Dwayne, a historical archaeologist. It would have been easy for her to hang up her period costumes and relax into retirement. But her “Second Act” was about to begin.

Peggy and Dwayne founded Pickett Educational Resources, developing DVDs and handson programs for organizations like the Coastal Discovery Museum and area schools. They also co-authored a book about the early days of colonization in America.

And, of course, Peggy got back into character. She brought to life “two amazing South Carolina renaissance women who were generations ahead of their time — Eliza Lucas Pinckney and Rebecca Brewton Motte,” said Charles Baxley, editor and publisher of “Southern Campaigns of the American Revolution.”

“Peggy has researched the details of their lives and written monologues based on her research which she elegantly portrays in first person, thus giving them voice in the 21st century.”

Peggy has also written a nonfiction book about the life of Eliza Lucas Pinckney. 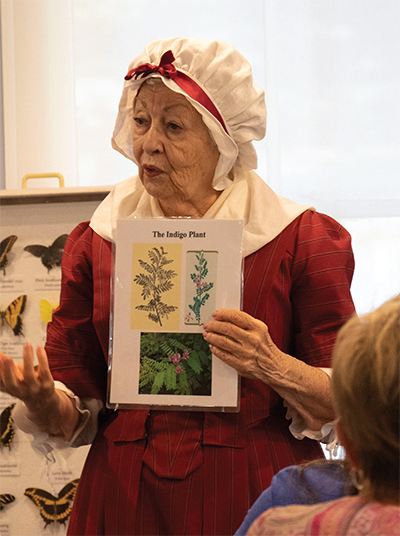 Dwayne has gotten in on the act as well, interpreting the characters of Capt. William Hilton and Charles Cotesworth Pinckney during historic presentations. Introducing new generations to long-gone figures has given Peggy new purpose, she said.

“My work has always been centered on encouraging people and trying to give them confidence in themselves — confidence that they can not only learn new things but also that they can enjoy learning,” Peggy said.

WHO WAS ELIZA LUCAS PINCKNEY?

Unheard of for the times: In 1740, 17-year-old Eliza Lucas began experimenting with plants on her father’s plantation on Wappoo Creek. It was there she succeeded in growing indigo and producing a rich, blue dye form the leaves of the plant—bringing a profitable new cash crop to Carolina planters. She married Charles Pinckney in 1744 and after his death in 1758 she successfully managed his large estates until her sons were grown.