On a recent Wednesday, the main activity room at the Hilton Head Island Senior Center was full of laughter. Summer typically isn’t as busy at the center as winter — when snowbirds, visiting the Lowcountry to escape winter’s harsh chill, flock to the center to chat with friends, play cards and enjoy the camaraderie.

But this Wednesday — cards day at the center — the room was full. Settled in for a game of hand and foot, Marge Brennen, Grace Johnson, Helen Norton and Connie Dowell traded good-natured barbs as the cards flew around the table. In between jokes, they tried to explain the game.

“We’re too close to the police department,” quipped Johnson. As the cards were passed around, it almost became a ballet: “We all have these little rituals we do,” said Dowell as she neatly stacked two piles of cards. 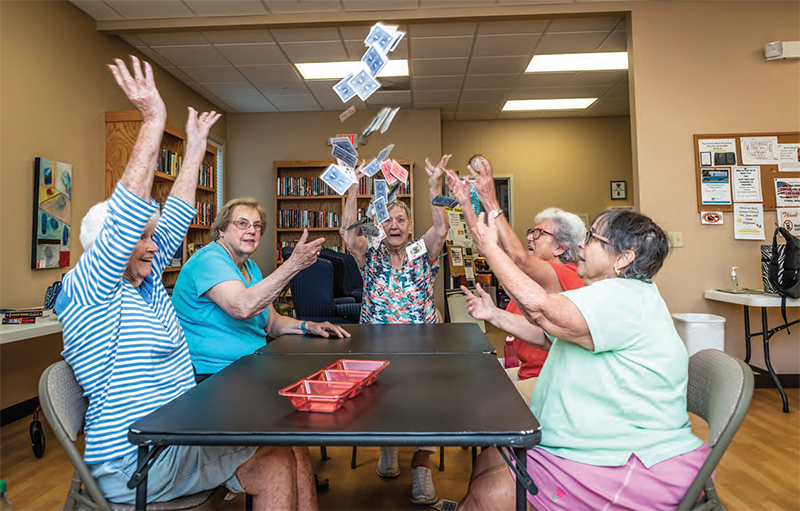 “I love being a part of something where seniors are welcome and where we bring joy into their lives,” she said over the sounds of laughter from the next room. “People come here and they just have fun.”

Beckley has been overseeing the center since it was located on Hilton Head Island’s south end, when it was known as S.H.A.R.E. Center. The name change — along with a realignment under the umbrella of the Island Recreation Association and the move to Shelter Cove Lane— came in 2013.

“It’s been a wonderful change for us to move here,” she said. Originally founded 30 years ago by Rotary Club member Bob Sullivan, the center’s mission is straightforward: “To maximize the quality of life among the active adult population in our community by providing programs which facilitate social interaction and promote a healthy active lifestyle,” according to Beckley. 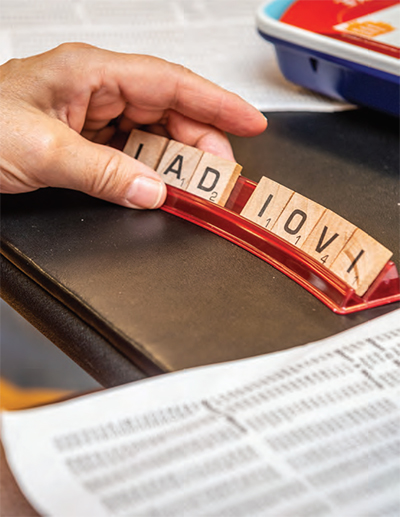 To meet this goal, the center offers a variety of activities. There are morning fitness classes, overseen by instructors from facilities like Powerhouse Gym. There are tai chi classes, line dancing, a popular craft club and, of course, cards day. There are computer workshops led by the Hilton Head Island Computer Club, which shares space with the senior center. And there is a regular schedule of speakers and seminars.

The senior center also regularly coordinates day trips for groups to destinations ranging from the Mighty Eighth Air Museum in Savannah to Charleston’s retail district. Once or twice a year, the center organizes larger trips by chartered coach to places like Washington, D.C.; The Biltmore mansion in Asheville; and Amelia Island, Florida.

“We just got back from Nashville,” Beckley said. “We went to the Grand Old Opry and got to go backstage; we took a guided tour of Nashville and visited Belle Meade Plantation. … It was four days of pure fun.”

That’s what the Hilton Head Island Senior Center does best: Fun. Whether it’s a trip out of town or a card game, the senior center keeps the area’s older residents on their toes, and has done so for 30 years.

To mark the milestone anniversary, the senior center is planning a grand celebration and will announce updates at www.hiltonheadseniorcenter.org.