In the Bible’s first creation story in Genesis 1, human beings are commanded to care for the Earth and all living things.

A group of members at Lowcountry Presbyterian Church are taking those words to heart, making it their mission to do what they can to protect and clean up the land that humans have polluted for hundreds of years.

“The conversations we are having about the environment are to explore solutions to a moral calling to care for God’s creation,” said Rev. Stephanie Dion.

The Simmonsville Road church has been recognized by the national Presbyterian Church (U.S.A.) as an “Earth Care Congregation” based on its activities in worship, education, facilities and outreach.

The church’s Creation Care Team has participated in Adopt-A-Highway and the May River Cleanup and is involved in the Beaufort Walk for Water.

In addition to working with the community, the church has made a number of changes to its own building. It has banned Styrofoam cups, encourages carpooling and is investing in special blinds to protect the birds on its campus.

One of the Creation Care Team’s goals for 2019 was to come up with educational programs focused on climate change. The team decided to host a three-part speaker series on environmental issues. In May, former counsel to the U.S. Senate Agriculture Committee Jim Cubie spoke about the environmental legislative process. Former U.S. Congressman Bob Inglis will speak on July 17, followed by a talk by U.S. Congressman Joe Cunningham on August 29.

Inglis, the executive director of the nonprofit group RepublicEn, will address free-enterprise solutions to climate change.

“What we have here is a problem in economics that has an environmental consequence,” he said. “If we fix the economics, the environment will take care of itself.”

Inglis — who was awarded the 2015 John F. Kennedy Profile in Courage Award for his work on climate change — said his solution is a carbon tax paired with a dollar-for-dollar reduction in other taxes so there’s no growth of government.

“You apply the tax to imports from countries that don’t have an equivalent carbon tax,” Inglis said. “It’s a way of America using access to the American market to make it in the world’s interest to follow our lead.”

He is looking forward to returning to his hometown to speak at Lowcountry Presbyterian, where his parents were members before they passed away. For their part, Rev. Dion and the church’s Creation Care team hope the community will turn out for the talk.

“We invite everyone to come and discuss how we all can care for the Earth,” Dion said. 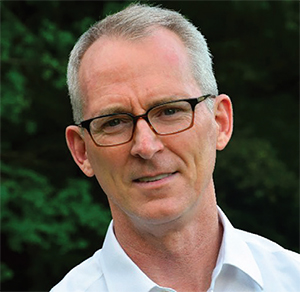 Lowcountry Presbyterian Church will host two speakers as part of its series of discussions on the environment. Former U.S. Rep. Bob Inglis will speak at 5:30 p.m. July 17; he is the executive director of environmental nonprofit RepublicEN. U.S. Rep. Joe Cunningham will speak at 5 p.m. Aug. 29.

The events will be held at the church, located at 10 Simmonsville Road in Bluffton, and are free and open to the public. Bring a friend, and a snack or appetizer to share. Drinks will be provided. For more information, call Gretchen or Jon Nickel at 843-295-7676.