Blake Gannon enjoys swimming, going to the movies, listening to music and working on his computer. He loves his cat Suki, and his eyes light up when his younger sister, Whitaker, walks in the room.

The 27-year-old Hilton Head Island man is intelligent, organized and able to stay on task mentally for long periods of time, according to his parents, Andrea and Chris Gannon. But Blake’s autism makes communicating difficult and hinders his ability to live and work independently.

Andrea, the vice president of marketing at the Arts Center of Coastal Carolina, said her son hit all of his developmental milestones on time until he was about 15 months old.

“Over the next maybe three or four months, we watched him fade away,” said Chris, a Marriott Vacation Club master sales executive. “I was traveling sometimes for a couple of days out of the week, and I remember coming home, and he would be a foot-and-a-half from the TV, flapping his hands and staring at it. We were yelling his name, and he wouldn’t turn his head.” 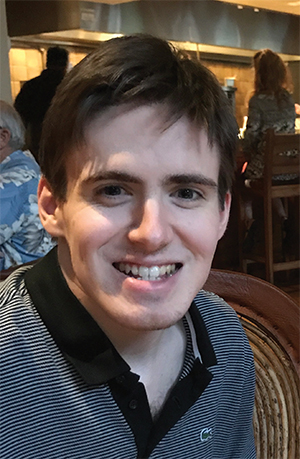 Andrea said they began to wonder if Blake was deaf. She had his hearing tested, but everything was normal. Soon afterward, however, Blake was diagnosed with autism. The family immediately lined up a variety of therapies for him — speech, occupational, physical, etc. These extensive programs helped Blake remain in an inclusive classroom from first through fifth grades.

But then in middle school, Blake contracted Lyme disease. And then, out of the blue, he had a grand mal seizure, and continued to have a seizure every few weeks. Thankfully, they became less and less frequent.

When Blake graduated from Hilton Head Island High School in 2014, his parents were not sure what would come next for their son. They looked at different day programs for adults with disabilities in the area but decided these options didn’t quite meet Blake’s needs.Then they discovered Pockets Full of Sunshine.

Founded in 2015, Pockets Full of Sunshine was created by a special education teacher, a speech therapist and the parents of special-needs adult woman. The nonprofit organization offers inclusive social and vocational opportunities for adults with intellectual and physical disabilities. Members — called “rays,” as in “rays of sunshine” — meet on Sunday afternoons at First Presbyterian Church on Hilton Head Island for crafts and music. They also meet on Friday nights for a social activity, sometimes a movie or a play. They have learned to play the chimes at Christ Lutheran Church with the church’s director of music, Jim Fritz, and they sell their handmade goods at local events.

IT’S ALL ABOUT THE SMILES, AND THE MOMENTS OF MAKING THEM FEEL CONNECTED AND A PART OF THINGS INSTEAD OF SITTING AT HOME. 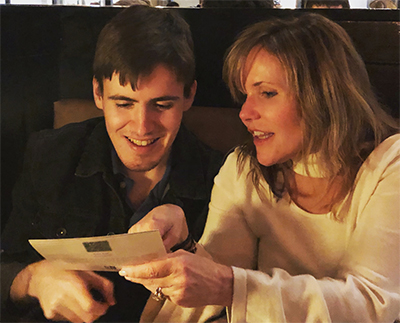 Co-founder Carol Bartholomew said the program is all about giving special-needs adults the opportunity to engage with the public in hands-on activities.

“It’s all about the smiles, and the moments of making them feel connected and a part of things instead of sitting at home,” Bartholomew said.

In addition to the social activities, the organization offers job training once a week at a local business. Rays have been learning the trade of screen printing on Thursdays at Transportation Safety Apparel on Hilton Head. The organization is hoping to partner with other local businesses for more teaching opportunities.

Since joining Pockets Full of Sunshine, Thursday has become Blake’s favorite day of the week. Normally a late sleeper, his mother said he pretty much gets right out of bed at 6:45 a.m., ready to go to work with the group. 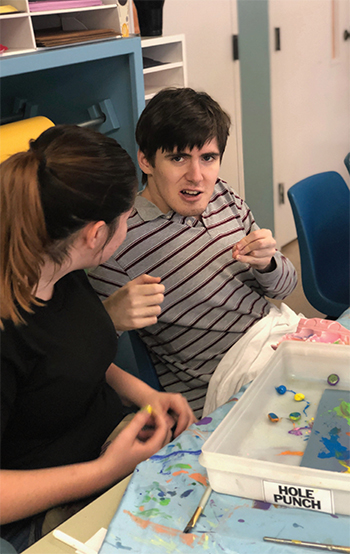 “Here’s what’s great for Blake,” Andrea said. “The fact that (the organization) ties in something work-oriented, there is so much pride for him in that.”

She said Pockets Full of Sunshine has been amazing for her son, and that it’s exciting to imagine what the future could hold for Blake and other special-needs adults involved in the program. The program, she said, gives the family a sense of hope that can be hard to come by for parents of special-needs children.

“As any parent of a special-needs child can tell you, there are situations that aren't easy, pretty much on a daily basis,” Andrea said. “But Blake is the most extraordinary gift in our lives. Blake lives fully and completely in each moment … He has and continues to be our greatest teacher."

PHOTOS COURTESY OF THE GANNON FAMILY