Becoming an Eagle Scout requires dedication — plus a certain amount of time and maturity. For three Lowcountry teens, it also required a significant amount of sweat.

Jake Lopko and brothers Andrew and Matthew Sherbune all set out to achieve the highest possible rank in scouting, and all three chose to do their community service projects outside.

Would-be Eagle Scouts must spend at least six months in Boy Scouts, earn at least 21 merit badges, and complete a community-focused project that requires leadership and organizational skills. Only a small percentage of scouts achieve the coveted Eagle Scout rank. 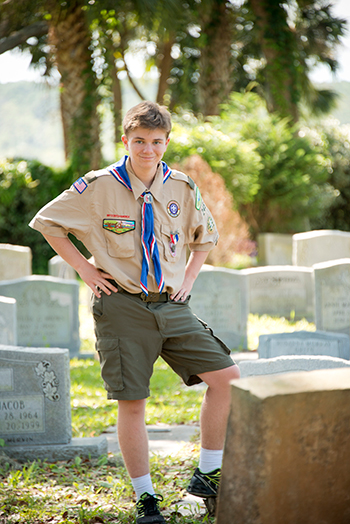 Jake, a member of Boy Scouts Troop 245 Hilton Head, said he wanted “to do something significant to help the community where I live.”

“Becoming an Eagle Scout was something I really wanted to achieve because I knew very few boys actually do it,” he said.

He came up with his project after reading about the damage done to historic Gullah cemeteries after hurricanes Matthew and Irma hit Hilton Head Island in 2016 and 2017. He reached out to Ben Green, a native islander who was involved in raising money to help clean up storm debris, and created a plan to assist with the cleanup of four of the 10 impacted cemeteries.

Jake recruited more than 80 volunteers to help with his efforts. Over eight days and 402 hours of labor, the volunteers picked up trash, cleared graves and headstones, trimmed and removed trees and vegetative debris, filled in holes, planted wax myrtles, and replaced American flags. They also installed new signs that serve as historical markers from money raised through a GoFundMe page started by Jake. 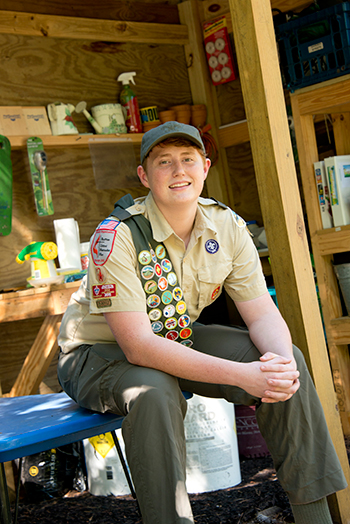 Jake’s work had a ripple effect on other island cemeteries — his project spurred a fundraising campaign to pay for signs at other native islander graveyards, and a Facebook page called “HHI Native Islanders Cemeteries” was created to increase awareness of the historic sites.

On the mainland, brothers and Boy Scouts Matthew and Andrew were also committed to becoming Eagle Scouts. Members of Bluffton’s Boy Scout Troop 241, they completed separate Eagle Scout projects that both benefited the Boys & Girls Club of Bluffton.

Andrew built a potting shed where club members will learn about gardening. As part of his project, he worked with the community to recruit builders and solicit building material donations, leading volunteers from Hilton Head Regional Habitat for Humanity, Lord of Life Lutheran Church and fellow scouts to cut and move lumber, cement posts, construct the shed and attach its metal roof. 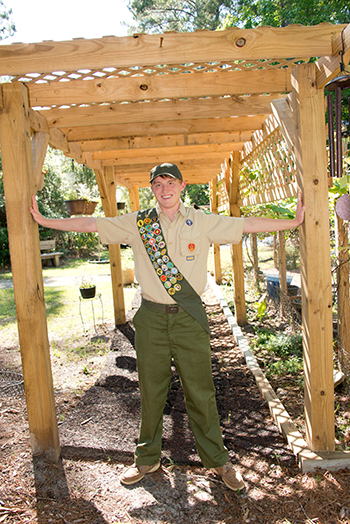 “Completing the potting shed helped me gain confidence in my leadership and organizational skills,” he said. “It also helped me realize that I do have the ability to become an engineer in the future.”

Matthew also built a structure for the Boys & Girls Club of Bluffton: a grape arbor.

“It was just like building a house,” said Matthew. “I needed advice from engineers, architects, and builders, and then I had to come up with a design that would work the best.”

Matthew said the project helped boost his confidence and was a way to give back after being a member of the Boys & Girls Club for many years.