Ever since Laura Cramer graduated from Duke University and then Washington University with a master’s degree, she has been a doer. A former college registrar and dean, she’s been active in local civic affairs, government, a board member at various organizations, and a top producer selling Sea Pines real estate for more than 40 years.

She still works in her South Beach real estate office, works her extensive client book, meets regularly with her lunch bunch group, is a voracious reader, and is movingly articulate and humble when talking about her accomplishments.

In the mid-2000s Laura’s daughter, Carol, who moved to Hilton Head Island in 1982 after graduating from law school, saw an opportunity to join her mother’s thriving business after spending nearly 10 years as the Sea Pines corporate counsel and another 15 years in private practice. 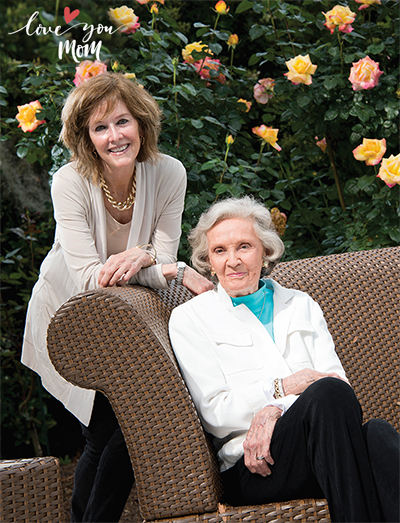 When the recession staggered the local economy in the late 2000s, the Cramers were working as independent contractors for Sea Pines Resorts at the welcome center front gate.

“I had three oceanfront houses that sold for more than $4 million, all of which were torn down upon closing,” said Laura, referring to the stellar 2007 before the economy crashed. “It came to a screeching halt. The phone never rang once. It was dead.”

“Since 2007, we have sold more homes in Sea Pines than any other agent or team,” said Laura, who has enjoyed oceanfront living in Sea Pines since 1981.

The numbers tell the story of their success: CCF closed on 581 transactions totaling more than $410 million from 2008 to March 2019.

“We have a really good mixture here of different characters, backgrounds and strengths,” said Laura, a St. Louis native. “It’s a great combination.”

The CCF partnership she talks about is Bob Clark, another Duke graduate; Forest and Linda Frank; and Laura and Carol, also a Duke graduate. Together, they form CCF in 2009. All are principals and owners.

“We work as a team on many of our listings and sales, but even on our team business we always have one agent as the lead with whom the client mainly deals,” Laura said.

Laura’s journey in the Lowcountry began when she and her husband moved to Hilton Head permanently in 1976 and she applied for a job with The Sea Pines Resort, which was then still headed by visionary Charles Fraser.

“They suggested I go into real estate, so that’s what I did,” Laura said. “We had been coming here for a number of years, and we could see what was developing and it seemed like it was a pretty good idea.”

It has been quite a real estate ride for Laura ever since.

“I’m lucky to be in this business,” she said. “I was taken in by Sea Pines and given a chance in the main office. … It was like selling shoes back then; you just had to decide which pair they wanted.”

Carol, sitting across from her mom, laughed: “She’s completely underselling herself.”

After a few brief years working with her mother when the recession hit, Carol was fortunate to be able to resume family law practice and did double-duty as a broker/lawyer, finally closing the book on her last family law case in 2015.

She’s thrilled to be working with her “honest, hard-working and diligent” mother.

“Not many people have the opportunity to join their extremely successful mother,” said Carol, whose two sons graduated from Hilton Head Preparatory School. “She has been an exhausting, but never exhausted, sight to behold her entire life.”