LOCAL ARTIST LOGAN LEGGS EDELMAN WANTS TO SAVE THE WORLD

Perched atop a stool in the rustic, industrial back workshop at Bo Art, Logan Leggs Edelman seems like every bit the free-spirited vagabond artist you’d expect from his bio.

The 26-year-old discusses art in terms of its impact on the human condition — the way one moment of inspiration, poured out into a piece of artwork, can inspire countless others, and in the process affect real-world change that lifts up everyone.

Edelman has seen it happen. When he arrived in San Luis Obispo, California, three years ago and saw the deplorable state of its beaches, he jumped into action. 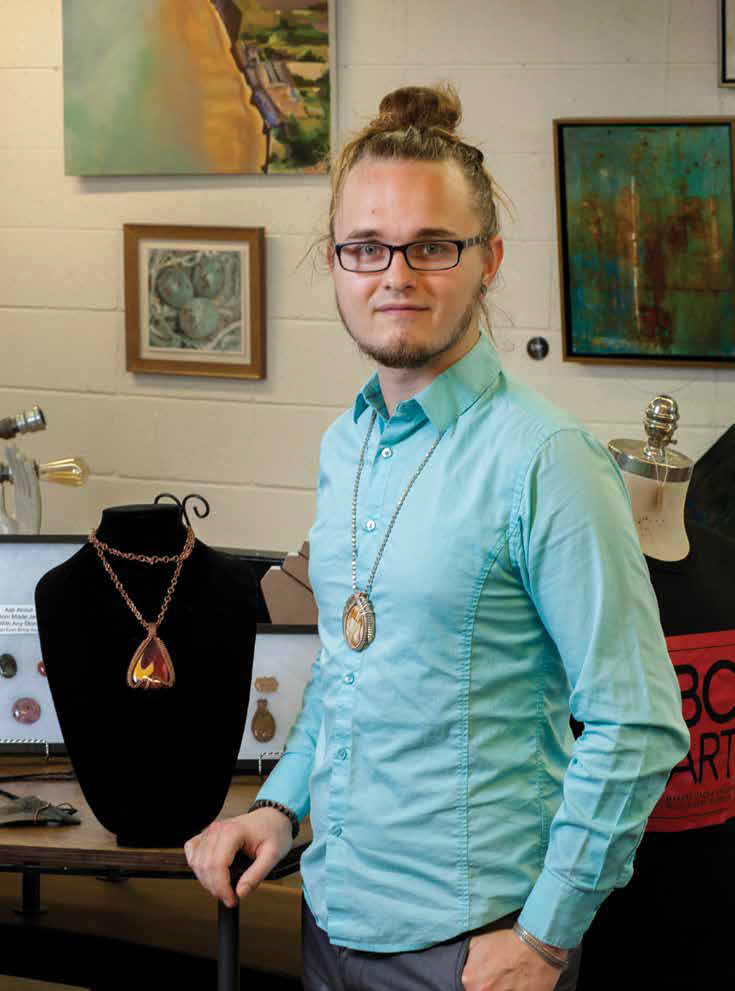 “I had just enough money to buy one roll of wire, and I made 50 pieces of jewelry and gave them all away,” he said. He wanted to simply present a gift, a humble act of kindness, to another person and hopefully inspire that person to join him and his fellow artists in their mission to clean up the beach.

“The news showed up, photographers, documentary filmmakers, and about 600 people all came together to clean up this beach. I mean, we were pulling couches out of the water. And all we did was give away art.”

For the next three years, Edelman traveled the country, appearing at music festivals with a small group of fellow artistic missionaries and a 10-by-10 booth.

“We gave away art – hand-blown glass, handmade jewelry, original paintings, woodprints … If you can think of a platform of art, we were giving it away,” he said. “We told people they could pay what they wanted, we just wanted to spread the message.”

Much of Edelman’s art revolved around what he calls his six totems, a set of intricate symbols found throughout his pieces and as part of a set of tattoos running up his left forearm. Representing focus, balance, creativity, adventure, appreciation and trust, they inform a philosophy of giving freely through art.

His years on the road helped him build many relationships and took him to music festivals, art festivals and wine tastings. But ultimately, he found his old home on Hilton Head, where his family lives, calling him last year. After a childhood spent in several different towns, Edelman attended Hilton Head Island High School briefly before graduating from Musicians Institute of Hollywood at 18. He considers the island home. 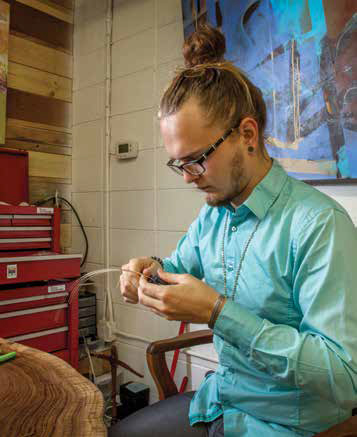 “I traveled for three years – it’s exhausting,” he said. “At the end of the day, I want a house to live in. I’m not going to be able to sustain this energy forever. And Hilton Head’s my home base. That’s where I want to do that.”

He found kindred spirits in the Lowcountry at Bo Art, a unique collective of artists and artisans with gallery space above Ruby Lee’s and a shared philosophy of artistic creation. Beyond just a workspace and a gallery, the nonprofit organization aims to build an inclusive art culture through classes and workshops.

“The opportunity to work alongside Jack and Bobbie and James and Tayloe and Mira and all these people in this environment, I was like, ‘Holy cow, that’s what I was able to have in California,’ ” Edelman said.

The pottery wheels, tools for woodworking and jewelry-making, and other art supplies at Bo Art foster connection, inspiration and hands-on learning for people of all ages, Fertig said. It’s part of her goal to create a new kind of arts community on Hilton Head.

“It’s sort of a revitalization of the arts here,” Fertig said. “There’s nothing wrong with what’s here now; we just wanted to develop the south end into an arts district long term.” 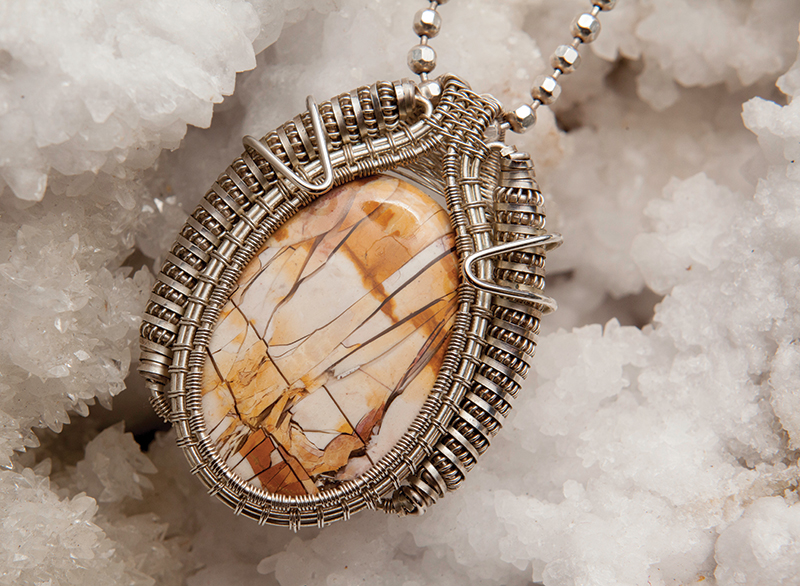 Bo Art is where Edelman works and sells some of his more valuable pieces, lavishly decorated polished stones wrapped in intricate bands of silver.

“This is a community arts space we’re sitting in right now. This is the opportunity for collaboration, which was the whole mission of traveling,” he said. “I feel it here, and I feel the creative juices are just flowing and flowing. So ... I said alright, this is the opportunity to show Hilton Head Island what it’s like to work together to achieve a common goal. We can inspire the community to get together and create. And we can create a movement.”