BALLROOM DANCE HAS A THRIVING HOME IN BLUFFTON

Seaquins Ballroom declares itself the “happiest place in Bluffton.” The studio, on Fording Island Road, is home to Hilton Head Ballroom Dance Studio, formerly Fred Astaire Dance Studio. And it’s the product of friendships built upon a love for dance.

Sandro Virag, a five-time Hungarian Latin dance champion, came to the United States with $200 and two suitcases. Armando Aseneta, a former enlisted Marine, moved to North Carolina and fell into an unexpected career as a dance instructor.

After teaching together for five years, the two decided to partner as owners of a Fred Astaire Dance Studio franchise, bringing their love of dance to the Lowcountry.

Virag and Aseneta spent weekends sleeping on air mattresses in their unfinished Hilton Head Island studio and taking showers at Coligny Beach Park while they laid tile and painted their first studio space. Then they’d make the five-hour drive back to North Carolina, where they continued to work as dance instructors during the week. 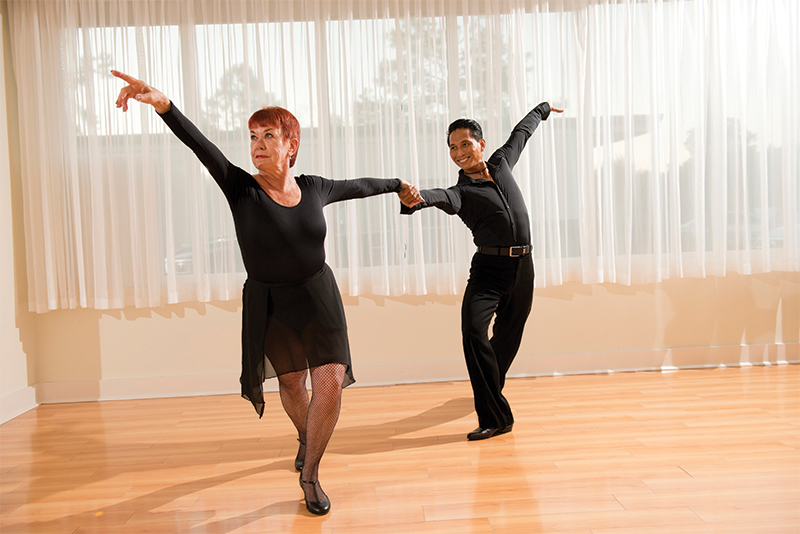 After four months of commuting, they opened the doors at their Hilton Head Fred Astaire Dance Studio in 2003. Virag and Aseneta recall their first client: “She was in her 80s when she signed up for her first lesson. We were all so excited that we forgot to charge her. She called us later to pay and we still have that first dollar bill,” Virag said.

In 2005, Paul and Sondra Ammeen were retired and enjoying time on Lowcountry golf courses when Sondra Ammeen won dance lessons at the Fred Astaire Dance Studio during a charity auction. After two months, the Ammeens were competing across the country, traveling with their dance teachers and building a friendship that would lead to two successful businesses.

While traveling to a competition, Virag and Paul Ammeen were discussing ways to grow the studio. Sondra Ammeen said they needed a bigger space and volunteered to research local real estate. 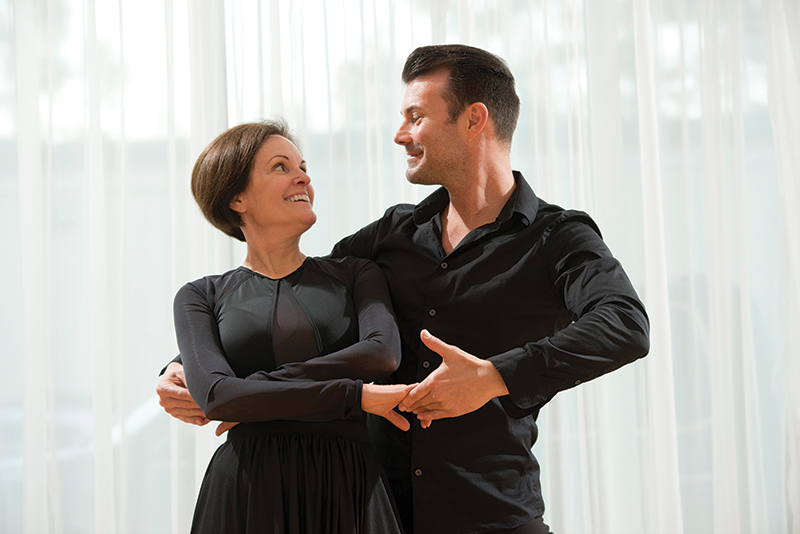 “The rents people wanted … I still can't breathe when I think about what they were charging,” she said. That’s when the Ammeens came up with an idea: They’d build a venue.

While driving down Fording Island Road, Sondra Ammeen spotted a for sale sign outside of a vacant building. She crept through overgrown shrubs to peek inside. “This sounds crazy, but I could already see this,” she said, referring to the ballroom at the site today.

The Ammeens transformed the run-down space into a glitzy venue boasting crystal chandeliers imported from Spain, more than 4,000 square feet of wood floors, and glamorous bathrooms with leather vanities, sculpted brass fixtures, a mirrored disco ball and art. The name, Seaquins Ballroom, is a nod to both its coastal location and its glittering décor. 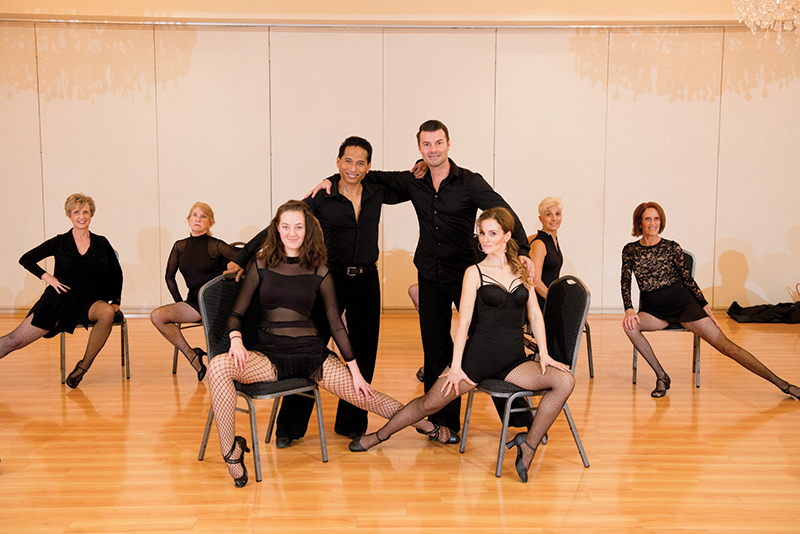 In 2010, with a rental contract written on a paper napkin and signed with a handshake, Seaquins Ballroom became home to Virag and Aseneta’s dance studio. It’s a match made in business heaven.

“We’ve created an enormous social place and so many friendships among our students,” Virag said. “The studio brought so many people together. They travel, they go out to eat, they golf together.”

In July, Virag and Aseneta decided to take their business a step further, parting with the Fred Astaire Dance Studio name in order to open their own dance business. 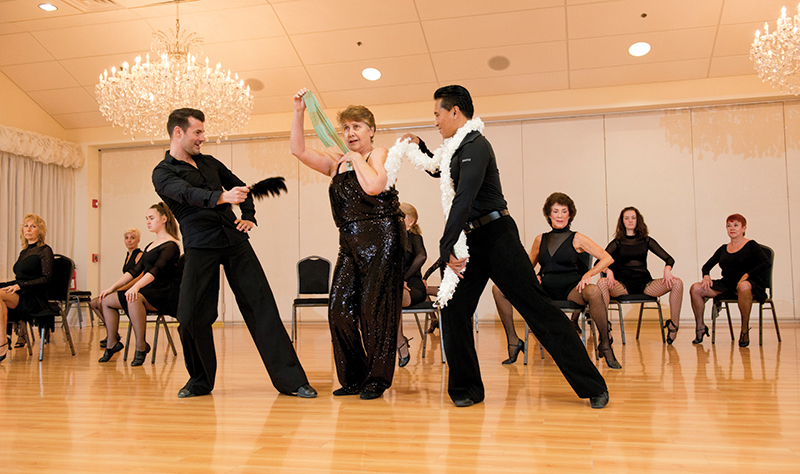 “Our students were telling us, ‘We are here for you and not for Fred Astaire.’ We established such a strong name here … I think we follow the high standard of Fred Astaire and maintain that,” Virag said.

Virag and Aseneta, now independent owners of Hilton Head Ballroom Dance Studio, spend their Sundays choreographing routines instead of filing reports for the franchise. Without the restrictions of being a franchisee, Virag says they have big plans for 2019.

“Of course we want to grow and create more dancers. We’re trying to host more events … have functions with live bands at the studio,” Virag said. “Our goal is to serve everyone. We want to serve the kids, the competitors, the social groups, special needs. We want to help out the community.”