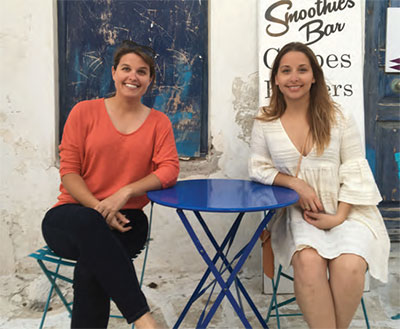 A lifetime spent around the water has led to an exciting new venture for two former Lowcountry natives, sisters Kari and Angela Rosenberg. After pursuing separate careers in film and marine science, respectively, they recently launched the ANGARI Foundation, a nonprofit group that helps bridge the gap between marine science and the general public. The centerpiece of the organization is a 65-foot Grand Alaskan trawler that last year they outfitted to serve as a research vessel.

ANGARI (pronounced anjar- ee) offers scientists full-service research expeditions at low cost, films these excursions, and creates engaging videos documenting marine science for schools. Angela’s years of education and lab work in the marine sciences prepared her to run the foundation, while Kari applies her passion for filmmaking to document its endeavors. Together, they are making marine science accessible and captivating for the general public. At a time when global warming is wreaking havoc on the ocean environment we take for granted and public trust in science is waning, their mission couldn’t be more important.

The pair, who enjoyed a childhood combing the beaches of Hilton Head Island for sand dollars and living on a boat for weeks in the Bahamas, seemed destined to bring their passion for the ocean to bear. “I would say this is 10 years in the making. Our parents basically brought us up on the water. Angela and I were strapped to the cockpit of sailboats since we were toddlers,” said Kari, 30, who currently lives in Los Angeles and is a manager for Marvel Animation. 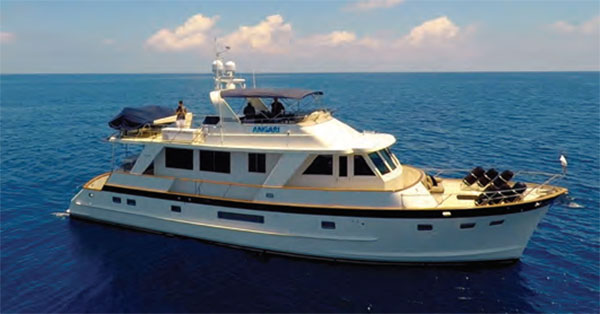 While Kari steps in throughout the year to film expeditions, Angela, 33, serves as the foundation’s president and sole employee. After completing her master’s degree in marine science with a focus on the geochemistry of deep-sea corals, at the University of Miami, she became a lab manager for a number of years at the University of South Carolina in Columbia. While there, she expanded her expertise, completing an MBA. This led to two years in the nonprofit world directing programs for the International SeaKeepers Society, founded by yacht owners hoping to give back to the oceans. Both sisters are certified divers and hold captain’s licenses.

In the summer of 2016, the long-discussed dream at family dinners became a reality through private donations. The name came about through fusing the names of both sisters—ANG-ARI. Both parents, Chris and Lee, longtime advocates of the idea, took a seat on the foundation’s board of directors. It took more than six months to find a suitable vessel and another three months to install state-of-the-art upgrades like an onboard laboratory, dive center and many cameras, placed strategically to capture the various activities of a research expedition. “We wanted to design a vessel that could host a group of researchers and create an educational platform complete with onboard cameras to document the work of scientists in an immersive way,” Angela said. 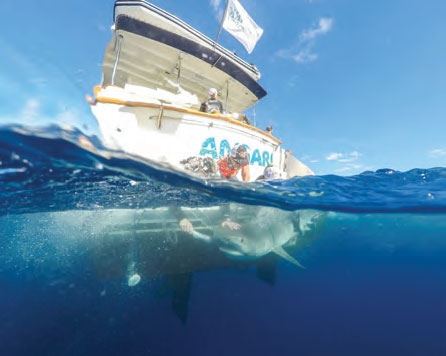 When it comes to documenting the foundation’s efforts, Kari, whose previous work includes four years at Disney Animation Studios, stepped in with a bold idea: to dive into the exciting realm of virtual reality. If you haven’t heard of it yet, you will — VR, for short, is changing the landscape of journalism. Using special cameras, videos are filmed in a complete spherical 360-degree arc, which means that when you view them the camera follows any direction you turn your head. And as it becomes cheaper to produce and experience, educators and museum curators are looking to VR for immersive education. To take it a step further, ANGARI is bringing these cameras underwater with special casings. This new approach is sure to gain traction as a way to expose kids to marine science — changing the lives of those who never have seen the ocean. “My dream,” Kari said, “would be to give a kid in Middle America the experience of a shark dive. VR is an emotional experience. Someone can put on a headset and build empathy for the environment and what scientists are trying to do.”

Among the foundation’s first expeditions was a shark-tagging trip with researchers from the University of Miami, followed by a coral reef trip in the Florida Keys, where the team sampled specimens and filmed underwater. ANGARI plans to operate within a range that includes the East Coast, Gulf of Mexico, Florida and the Keys, the Bahamas, the Caribbean and Cuba. Currently, the ANGARI team is working with schools and universities to brainstorm curriculum ideas that would include professional development for teachers, bringing them onboard the research vessel so that they can better teach their students. ANGARI plans to film three to four VR episodes a year, picking scientific expeditions that lend themselves to filming and can be paired well with class curriculum.

“We’re starting on a small operating budget. I’d love to bring in grants and supporters and take it to a whole new level that people right now may not be able to imagine,” Kari said. “We love ANGARI. We love what we do and we’re committed to it.”

PHOTO BY COURTESY OF THE ROSENBERG FAMILY