Sallie Ann Robinson recalls a simpler time on Daufuskie Island, when families farmed and fished to earn a living and she and other children were taught in a two-room schoolhouse by soon-to-befamous novelist Pat Conroy.

Thanks to a new agreement with Tour Daufuskie, visitors to the island can journey to the past on a tour led by the sixth-generation native islander, who gives them a feel for what island life was like before smartphones, laptops and modern development. 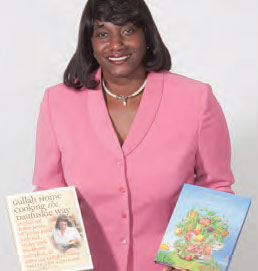 Robinson has been leading tours of Daufuskie off and on for the past 15 years, but in 2016, she began scheduling them regularly four times a week in collaboration with Tour Daufuskie. During the twoand- a-half-hour golf cart tours, she points out historical sites and recounts their stories and shows off the island’s natural, unspoiled beauty, including its pristine beach.

One of the most popular spots is the historic Mary Fields School, where a young, thenunknown Conroy taught the island’s Gullah children in 1968. Conroy would later recount his experience in his first novel, “The Water is Wide.” Robinson was the model for the character Ethel.

“People like going to the school where he taught,” she says of her tour. “They love hearing the story about what it was like, how he was … what it was like growing up there.”

To Robinson, Conroy was a beloved teacher who challenged students’ minds and taught the children, many of whom had never left the island, what to expect in the outside world. He took them trick-ortreating in Beaufort and on a trip to Washington, D.C.

“He felt our need to learn the things that would help us more when we go off the island,” she says. “And he wanted to make sure that when we left the island that we would be able to be aware of things that were happening, like the cars and so many people.”

Robinson says she first realized she was growing up differently than most kids when she stayed with her aunt and six cousins in Savannah. The children made fun of her for speaking Gullah, and she found herself miserable in the city, with its strange ways. 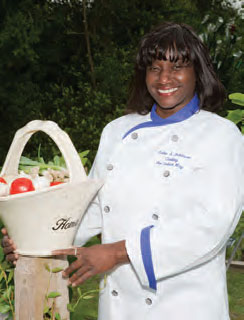 They also weren’t impressed with her ideas of fun. “I could ride a cow,” she says and chuckles.

But over time, Robinson learned to make her way in the outside world. She is a widely acclaimed Gullah chef who has written two cookbooks, and she has appeared on TV shows on the Food Network and the Travel Channel.

Despite her worldly success, however, her heart remains on Daufuskie Island.

She remembers the simple pleasures of walking barefoot down a dirt road, fishing, crabbing and raising animals.

“It was the best childhood ever,” she says. “We worked hard, but we played hard. We ate good. … We had a lot of fun surviving.”

Through her tour, cookbooks and other endeavors, Robinson intends to continue promoting the Daufuskie way of life.

“It’s like a world all of its own,” she says. “It’s so close to Hilton Head and all these other places, but you get there, and it’s like, ‘Wow, this is different.’”

To sign up for a Sallie Ann Native Gullah Tour, call Tour Daufuskie at 843-842-9449 or email tourdaufuskieguide@gmail.com. Tours are at 9 a.m. and 2 p.m. Tuesdays and Saturdays. Participants ride golf carts. The tours take about 2.5 hours and cost $65 per person.