Noah Alexander is only 19 years old, but his drive to help Hampton County evolve has already made headlines. Alexander is the youngest County Councilman in the county’s history, and likely the youngest elected official in South Carolina’s history.

Elected in November 2020, he takes office this in January and said he’ll spend the first few weeks getting to know the county’s staff and fellow elected officials and learning about their responsibilities. 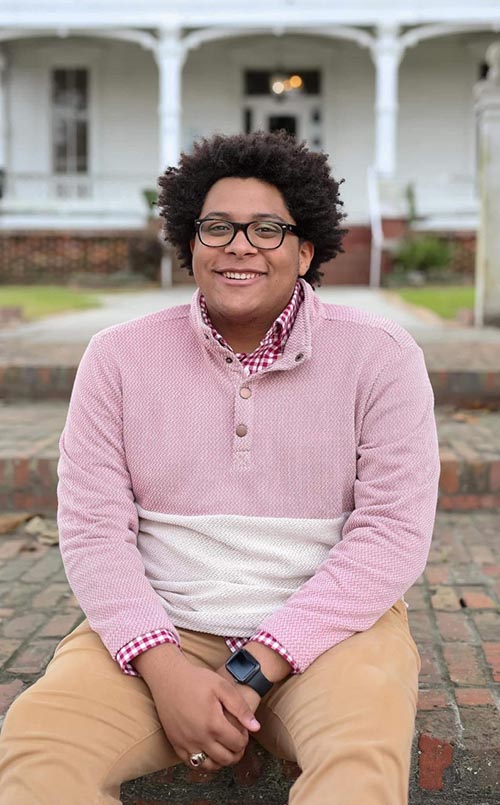 “Sometimes you need new people with new ideas,” he said. “I’m grateful to the older generation of leaders for what they have done, but they are not going to be here forever, and younger people need to step up.”

Some would describe this level-headed, confident young man with the soft Southern accent as an “old soul.” His dad, Yemassee police chief Greg Alexander, described Noah to the local media as “a good listener.” His mom, Jessica Ohl, said Noah — her only child — has always been determined and mature for his age.

“If he decides he want to do something, he’ll do it,” she said. “When he came to me and said he wanted to run, I asked him if he had prayed about it and when he said he had, I said, ‘Go for it!’”

Alexander is a sophomore at the University of South Carolina Beaufort majoring in biology, and works about 30 hours a week as an administrative assistant for Dr. Crews and Mills Dentistry in Hampton. When he graduates from college, he hopes to attend dental school at the Medical University of South Carolina and then return to Hampton County to open a dental practice.

A graduate of Wade Hampton High School, he was class president during his junior and senior years. He’s also an active member of Varnville First Baptist Church. Politics was something he thought he might get into “when I was about 40.” However, he said, God had other plans.

“God put it on my heart to get involved now,” he said. “I tried to run from it, but it kept coming back to me.”

His girlfriend, Megan[EH1] [PF2]  Long, cheered him on: she ran his campaign, designed his publicity materials, encouraged him to ask family and friends for donations and helped organize fundraisers like a fish fry at the Sonoco station in Varnville.

On the campaign trail, Alexander spent time in Estill and Nixville, the areas most affected by the tornado that whipped through Hampton County last year, killing five and injuring 60. People there and elsewhere in the county told him they felt disconnected from local leaders and had needs that weren’t being met. Small businesses were closing. Jobs were hard to find after large employers left. The pandemic exacerbated disparities in income and access as students in rural areas of the county without internet fell behind when instruction transitioned to virtual classes.

Noah believes that a new $314 million investment in Hampton County will be transformative. A state-of-the-art, 1,000-acre agriculture technology campus is coming to the area and is expected to be fully operational in 2022. Projected to create 1,500 new jobs, it will include greenhouses for locally grown produce and distribution and packing centers. Local leaders from both political parties have pledged to make sure that the wealth it generates benefits all residents.

Alexander ran as a Democrat but believes that bipartisan collaboration is the key to progress locally and nationally.   He admires Barack Obama and says one of his formative memories is the night when Obama won the presidency, when Alexander was 8.

“This gave me a different kind of hope,” said Alexander, who is biracial.

True to his listening nature and measured outlook on life, he believes that thoughtful conversations between Hampton County citizens are key to overcoming difficulties.

“If we all start to have real conversations about racial divides,” he told a local TV station, “every conversation is another step forward toward unity.”