There’s a moment on “Ride for the Island,” the opening track to Spiritual Gangster’s self-titled mixtape, that some might find shocking. To others, however, it might just sound like everyday life.

It comes at the point when the song — about how the Gullah residents of Hilton Head Island are slowly being swept away by the tides of change — stops in the middle of a radio-friendly tune and presents the very real struggle native islanders face. 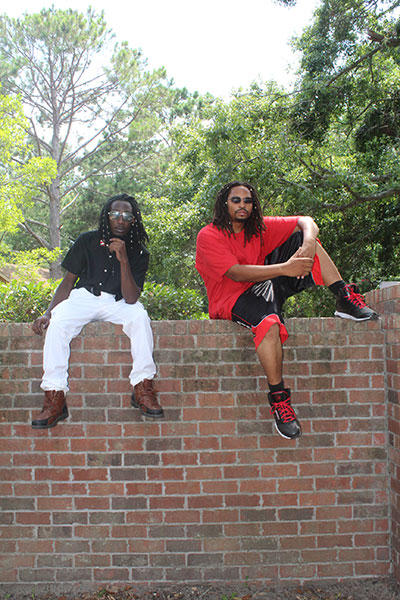 
It’s a phone call with a Beaufort County judge, recorded by island native Vivian Woods as part of her efforts to preserve her family’s land. The judge, who isn’t named in the song, presents his refusal to meet with her in person as official policy. Clearly frustrated by his condescension, Woods asks where she can read this policy.

“Let me tell you where you’re going to find that: nowhere, because I haven’t written it down,” the judge replies.

The dismissal is all too familiar to many Gullah residents, Johnson said.

“There’s a major story behind that phone call,” said Anthony “Baby Joker” Johnson, who together with Quintin “Q. Smalls” Smalls makes up Spiritual Gangsters. Woods is his mother, and the “major story,” to hear him tell it, is a tale of land grabs, legally questionable tactics and a conspiracy to take his family’s land. And, he said, it speaks to a larger issue of the area’s Gullah residents losing land that has belonged to their families for generations.

Many native islanders have lost their ancestral land — known as heirs property — because they could not afford to pay the taxes or because they were unable to prove ownership. Over the years, many properties were passed from family member to family member without wills or deeds but by word of mouth.

While Johnson’s family’s case is different, it’s still a reminder of the importance of the issue to the Gullah community, he said. And Smalls is quick to add that the issue is bigger than the area’s native islanders.

The local pair — Johnson is a graduate of Hilton Head Island High School, while Smalls went to high school near Washington, D.C but moved to Hilton Head as a young man to be near family — are turning to their music to share their story about the Gullah community. They’re inspired by their faith, as evident on the mixtape’s cover, a reference to Daniel 2:38-43.

“This is our platform,” Johnson said. “I always take it back to Yeshua. He did the same thing. I think he was the best rapper out there. He spoke in parable and metaphors, he just didn’t have a beat.”

Spiritual Gangster has performed in venues from Atlanta to New York City. They’ve been surprised to discover that many audiences are already familiar with the tiny Gullah islander community.

“When we say ‘Gullah Gullah Island,’ they’re like ‘Oh, that was my favorite show!’” said Smalls with a laugh. “A lot of people are familiar with the island and the history of our area. Maybe not Hilton Head, but the whole coast.”

To Johnson, it’s about more than the music.

“We’re coming with a real message. It isn’t just music. There’s a real purpose behind it,” he said. “We’re putting a whole culture on our back.”

To hear tracks from Spiritual Gangster’s mixtape, go to spiritualgangstersg2g.com.