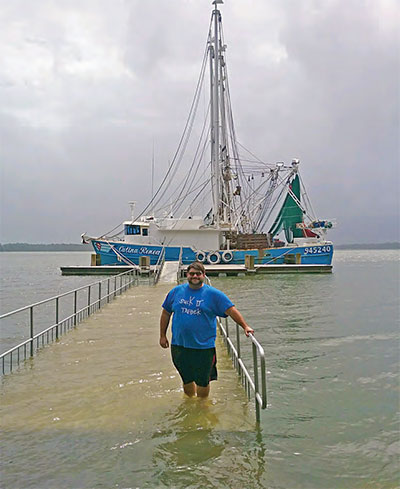 IN THIS STORM, FLOODING WAS WORSE THAN WIND

The Lowcountry avoided the worst-case scenario with Hurricane Irma, but many homes and businesses were hit plenty hard.

Hilton Head Island avoided Irma’s crosshairs as the storm headed for land, pushing to the west in the days after the Beaufort County Sheriff’s Office warned of an even more devastating storm than Hurricane Matthew, which ravaged our coast last October. But the combination of a 4-foot storm surge brought on by tropical storm conditions on the outskirts of the most powerful Atlantic hurricane recorded in years and an 8-foot king tide covered much of the Lowcountry in floodwaters. 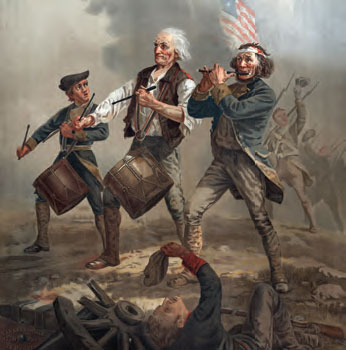 On Oct. 13, the Heritage Library will host the Historic Zion Forum, dedicated to discussion and exploration of the Lowcountry’s unique role in American history during the Revolutionary War and plantation era. At Christ Lutheran Church on William Hilton Parkway, presenters will discuss recent insights from local archaeological sites, the Revolutionary War Trail, area battlegrounds and the preservation of Gullah culture.  A cocktail reception will take place at Zion Cemetery and the Baynard Mausoleum following the summit. For tickets, go to HeritageLib.org 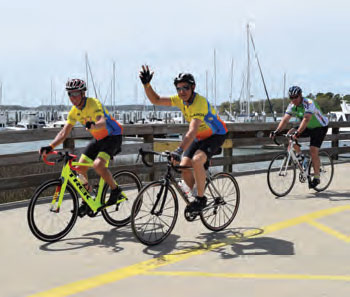 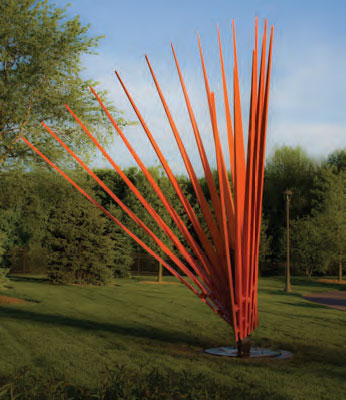 What’s 19 feet tall, 19 feet wide and weighs almost 1 ton? The “Setting Sun” sculpture, valued at $40,000 and bestowed upon the Town of Hilton Head Island by the Community Foundation of the Lowcountry. The piece was selected from the 2015 Public Art Exhibition and will contribute to the town’s growing public art collection. Jayme Lopko, the town’s senior planner, said the town is working on a plan to ensure the statue’s long steel spikes do not endanger the public.

The 31st annual All Saints Episcopal Church Garden Tour will take place from 10 a.m. to 4 p.m. May 19, and organizers currently are accepting artwork for the Artist’s Poster Contest. Artists interested in submitting an entry to the competition should email their name, address, telephone number and the medium they expert to enter to gardentourentry@gmail.com with the word “entry” in the subject line. For more information, go to allsaintsgardentour.com.

TEDx is coming to Hilton Head Island Oct. 20, and the theme of the presentations will be “resilience." A TEDx talk is a showcase for speakers presenting great ideas in under 18 minutes. Television producer and talk show host Donna Drake and executive coach Chris Schembra will speak in addition to local presenters. Only 100 tickets will be sold for the 8 a.m. to 3 p.m. event at Poseidon in Shelter Cove Towne Center. Tickets are $79 and available at www.TEDxHiltonHeadoctober.eventbrite.com.

The Hilton Head Island-Bluffton Chamber of Commerce will present its annual “State of the Region” business and political update Oct. 11 at the Hilton Head Marriott Resort & Spa. U.S. Sen. Lindsey Graham is the keynote speaker, and topics will include key regional accomplishments, pressing issues facing the area, and how local leaders are working to move the Lowcountry forward. Registration begins at 11 a.m. and the program begins at 11:50 a.m. For tickets, go to hiltonheadblufftonchamber.org.

The Greater Bluffton Republican Club will host a public forum at 6 p.m. Oct. 2 for candidates running for Bluffton Town Council. The event will be held at Bluffton Town Halll, 20 Bridge St. in Bluffton. The candidates are Larry Toomer, Fred Hamilton and Ted Huffman. There will be moderated questions for each candidate and select questions from the audience will be accepted. The election is Nov. 7.

Palmetto Dunes Oceanfront Resort will hold five events to help raise money for three local charities that have been helping Tropical Storm Irma victims. A portion of the proceeds will benefit The Deep Well Project, the Community Foundation of the Lowcountry and Bluffton Self Help. The resort is presenting a tennis tournament Oct. 2-8; a wine dinner on Oct. 4; a golf tournament on Oct. 5; a concert with Cranford Hollow, the Chiggers and friends also on Oct. 5; and a pickleball social on Oct. 7. For more information go to www.lowcountryreliefbenefit.com.

The Board of Voter Registration and Elections of Beaufort County will be conducting new poll manager training for volunteers interested in working the polls for the first time. Two training sessions are available: 10 a.m.-2 p.m. Oct. 14 and 2-6 p.m. Dec. 7. To register, call 843-255-6900 or email your name, mailing address and preferred date of training to voter@bcgov.net.

Nearly 46,000 women veterans live in South Carolina, and retired U.S. Air Force colonel and Hilton Head Island resident Ann Shippy is searching for their stories. Shippy is the South Carolina ambassador for the Women in Military Service to America Memorial Foundation, the support branch for the only national memorial dedicated to female veterans. The memorial is preparing for its 20th anniversary Oct. 20-22, and Shippy wants as many female veterans from the state as possible to tell their stories at the memorial site in Arlington, Virginia.

Step aboard stunning yachts docked in The Sea Pines Resort's Harbour Town Yacht Basin, and enjoy the wine and mouthwatering hors d'oeuvres freshly prepared by some of the area's premiere chefs. The date for this annual favorite fundraiser for Hospice Care of the Lowcountry has been moved to Oct. 8 due to Irma. Get tickets at www.hospicecarelc.org/yacht-hop-tickets/.

Hilton Head Island Town Council member John McCann is the first candidate to announce he’s running for mayor of Hilton Head. McCann represents Ward 6, which covers Port Royal Plantation, Palmetto Hall and parts of Hilton Head Plantation and Folly Field. He said his accomplishments since 2013 include improving infrastructure, championing transparency, maintaining quality beaches, and securing fiscal sustainability, and said the island needs “an additional bridge or an expanded version of the existing structure,” updates to the stormwater system and a solution to service worker shortages. He became a full-time island resident in 2002 after working on Wall Street. Current Mayor David Bennett has yet to say if he will seek re-election.

Every weekend, locals put in at Alljoy Boat Landing or the boat landing at Bluffton Oyster Factory Park and cruise the May River up to the famed sandbar. A new party emerges every weekend, bringing in a rising tide of Bluffton-style reverie.

Lisa Sulka is in her third term as mayor of Bluffton, having shepherded the town through the Great Recession and the resurgence of its Old Town area.

She fended off a rough-and-tumble challenge in 2015 from Cynthia Bensch — then a member of Beaufort County Council — to win her third term with 79 percent of the vote.