It was the Tuesday before Bryson Nimmer would begin play in the Puerto Rico Open, when he got the phone call he had long dreamed about.

Steve Wilmot was on the other end.

The 24-year-old Nimmer, who first saw a professional golfer in person as a 10-year-old sitting on the range at Harbour Town Golf Links, was informed he was going to play the 53rd RBC Heritage Presented by Boeing. The event is set for April 12-18. 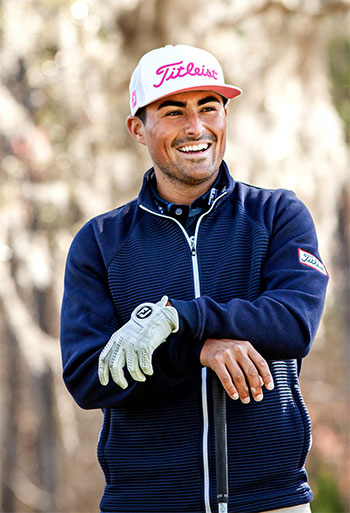 “I think he was just letting me know, trying to take some pressure off me for the week,” Nimmer recalls of the recent phone call from the RBC Heritage tournament director telling him he had been awarded a sponsors exemption. “It definitely helped, because it took me from trying to make the cut and prove it to just playing. It was a good phone call.”

And the start of a good week. Nimmer started the Puerto Rico Open, which was this February, with an even-par 72 and improved by one stroke each day, finishing 6-under par and tying for 39th at the same event where he made his PGA Tour debut in 2019.

The performance continued a run of strong play. Nimmer won the first two events and the season-long points race on the start-up LOCALiQ Series last fall, earning him more chances on the Korn Ferry Tour and PGA Tour.

A Bluffton native, Nimmer owes his quick success to a lifelong love of the game, a supportive family, and plenty of fortunate circumstances.

The fact that Nimmer found a home on the golf course is befitting his family legacy. His father, Tony, was a four-year starter at Clemson from 1980-83, and the family business, Nimmer Turf Farm, is grass — an all-important factor in golf.

But golf wasn’t always Nimmer’s favorite sport. Bryson grew up playing everything, but he stuck with tennis, golf, and baseball through his adolescence.

Around middle school, it became too difficult to maintain the baseball swing and the golf swing, so he had to make a choice. At the time, Bryson weighed almost 220 pounds (he now hovers around 165).

“I thought, ‘Well, I can walk to my golf ball, but I’ve got to run to first base,’ ” Nimmer says with a laugh. “That made it an easy choice.” 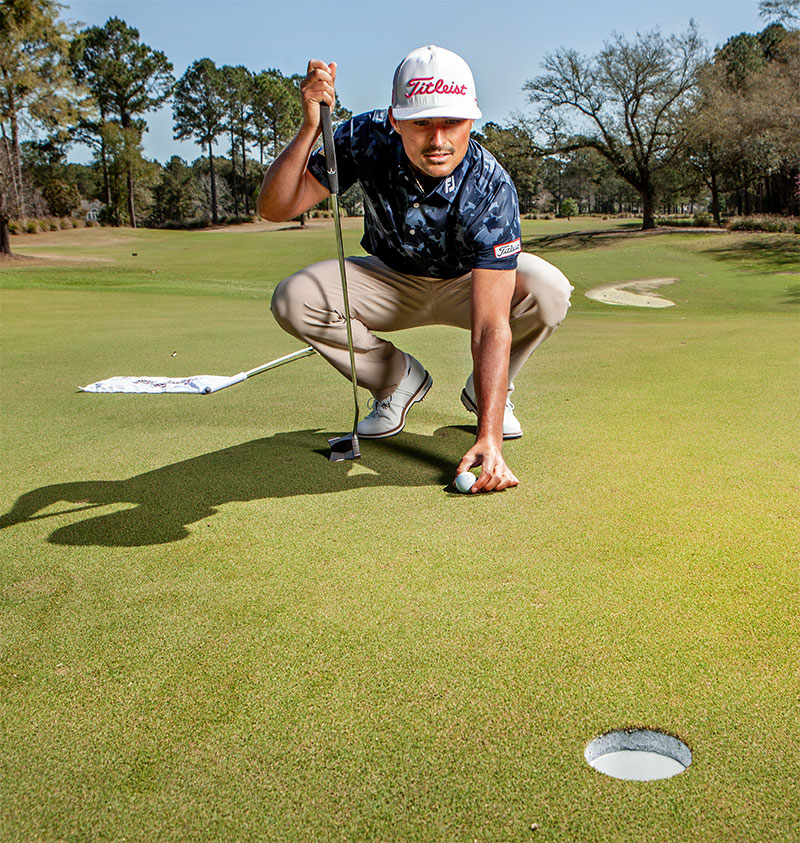 In all seriousness, he saw a brighter future in golf, in part because of the opportunities he would have in the golf-crazed Lowcountry.

“I just had a lot better access and availability when it came to golf,” Nimmer said. “It’s really hard to reach the top levels of a sport because you have to have people who know a lot about it, and you have to have the resources to get better at it.”

Those resources started with his dad, but around age 15, Nimmer began working with Hilton Head Island-based instructor Tim Cooke, who remains his swing coach today.

While starring at Hilton Head Christian Academy (he led the school to the 2013 state title), Nimmer began training at the Junior Players Golf Academy, working on his game and his fitness. 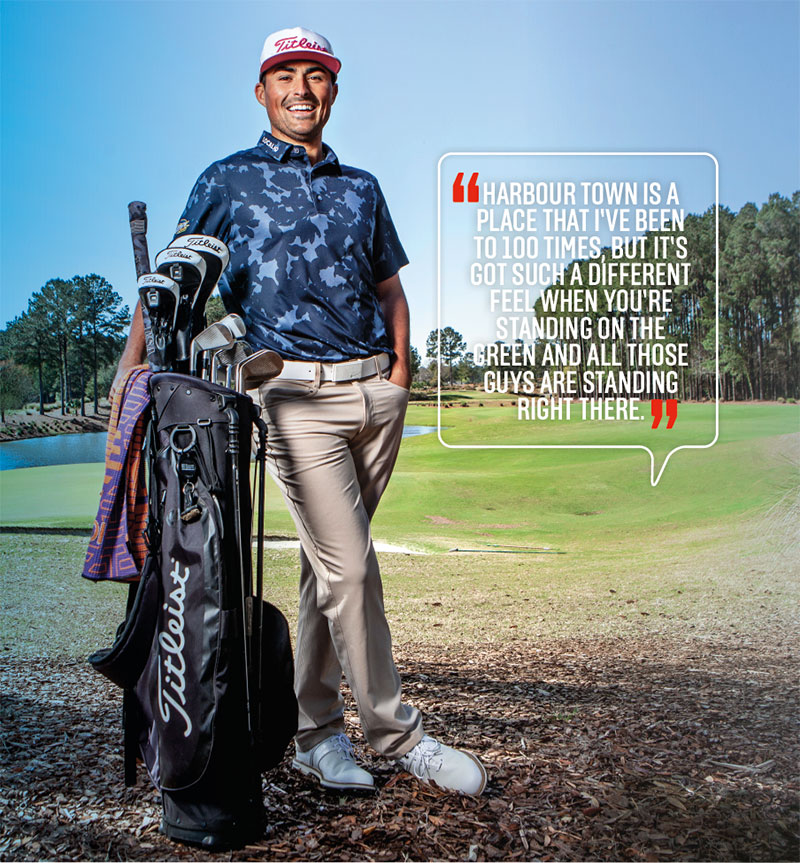 Nimmer still recalls the analogy instructor Chris Tremblay used to make a point about his physique.

“He told me, with where your body is right now, you’re like a V4 engine. You can only go so fast,” Nimmer said. “But the more tuned-up you get, the higher your ceiling goes. He told me I could only be so good at 220 pounds.”

In three months, Nimmer dropped 60 pounds by overhauling his diet and working out two hours a day, and his game took off. He picked up several big wins on the junior circuit and was named the S.C. Junior Golf Association’s Player of the Year.

Nimmer already had offers from in-state schools Wofford and Furman, and he was getting interest elsewhere, but he wanted to play at Clemson, just like his dad. When he visited the campus, the Tigers offered him a spot on the team, but not a scholarship.

They called the next day and offered a scholarship. 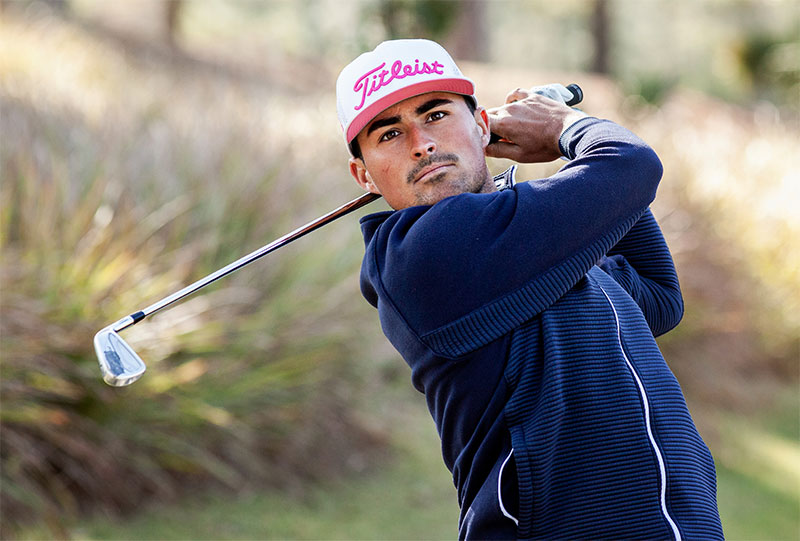 “I think they weren’t too sure about me because I had just lost all that weight and I was kind of in a transition phase,” Nimmer says. “I think they felt like they were taking a risk. It worked out on both sides, and I don’t really blame them for the hesitation they had.”

At Clemson he was the ACC Freshman of the Year and a first-team All-ACC pick. He brought a two-shot lead up the final fairway in the 2017 Players Amateur at Berkeley Hall — his home course — and let it slip away, eventually losing in a playoff, which cost him an invitation to the following year’s RBC Heritage.

“It was a learning experience, and I’m glad it happened then,” Nimmer says. “I got back to school and started focusing on routines and processes so that if I ever got back in that situation, it wouldn’t happen again.” 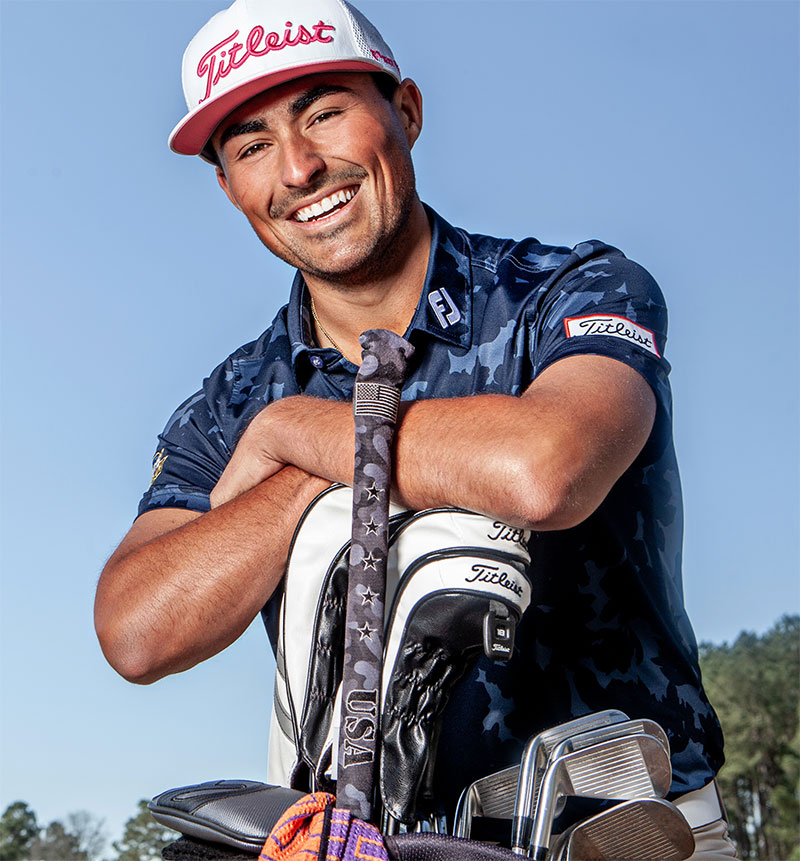 Nimmer has been waiting for another home game ever since, and for the first time in a year, he will be playing in front of his biggest fans — mom and dad — and he’ll be doing it on the stage he always dreamed of.

“I don’t think it will honestly sink in until I walk out there that first day,” said Nimmer, who caddied at last year’s Heritage for Spencer Ralston. “Harbour Town is a place that I’ve been to 100 times, but it’s got such a different feel when you’re standing on the green and all those guys are standing right there.”