The RBC Heritage Presented by Boeing will take place June 18-21 at Harbour Town Golf Links. This year’s tournament will be a made-for-TV event as it will be conducted without spectators and the traditional activities that surround the event. Watch all the action on the Golf Channel and CBS, which will bring the tournament to households worldwide. The PGA Tour staff worked with federal and state public health officials to implement a layered safety approach, including comprehensive testing, enhanced hygiene and social distancing guidelines. Beginning June 1, the Heritage Classic Foundation will begin to rope and stake the entire perimeter of Harbour Town Golf Links. 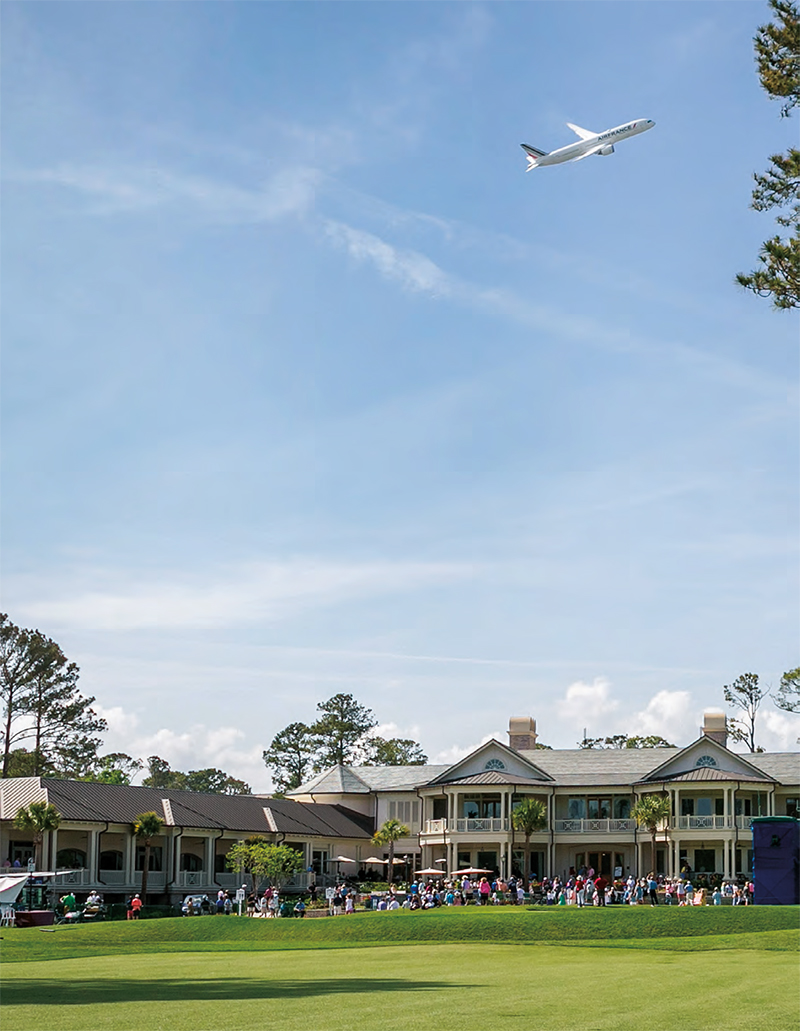 94.6% OF THOSE SURVEYED expressed satisfaction with the tournament

75.4% OF RESPONDENTS have a four-year degree

56% OF RESPONDENTS live outside Beaufort County

53 WAS THE AVERAGE AGE of respondents

41.4% OF THOSE SURVEYED said “word of mouth” influenced their decision to attend

28.8% OF RESPONDENTS were first-time spectators

This year’s RBC Heritage Presented by Boeing will be played without spectators to protect the public from the COVID-19 pandemic.

And while paring down the event is good news for public health, it will also affect the Lowcountry’s economy —the thousands of patrons who annually flock to Harbour Town Golf Links to watch some of the world’s top golfers pump millions of dollars into Hilton Head Island’s shops, restaurants and hotels.

But how big an impact will playing the tournament without spectators have? Last year, the Heritage Classic Foundation hired Clemson University, in partnership with University of South Carolina Beaufort, to conduct a study to determine the economic impacts of the event. The following is an abbreviated look at the study: