ANY OF THESE GOLFERS COULD WIN THE HERITAGE

The 132-player field at the RBC Heritage Presented by Boeing will be full of talent, but only one golfer will hoist the gentleman golfer trophy, don the tartan jacket, and take home the $1.242 million first prize at the end of the best week of the year on Hilton Head Island.

Here are a few of the players most likely to add his name to the prestigious list of Heritage champs.

DUSTIN JOHNSON: The narrative surrounding South Carolina native Johnson’s nine-year absence from the Palmetto State’s only PGA Tour stop was that his game didn’t translate well to Harbour Town’s tight fairways and tiny greens, but he put that notion to rest when he carded three rounds in the 60s and tied for 16th last year.

SATOSHI KODAIRA: Never count out the defending champion, especially when he won in his first start at Harbour Town. The young Japanese star will try to become the first back-to-back Heritage champ since Boo Weekley in 2007 and 2008.

SI WOO KIM: The 23-year-old South Korean has serious game, as evidenced by his Players Championship win in 2017, and he seems to enjoy playing at Harbour Town. After a tie for 14th in his Heritage debut in 2016, he was runner-up last year after losing to Kodaira on the third playoff hole.

BRYSON DECHAMBEAU: The PGA Tour’s mad scientist had not formally committed to play the Heritage at press time, but we would be shocked if he’s not at Harbour Town the week after the Masters. He has two top-five finishes in three starts here, including a tie for third last year, and the course suits his old-school approach to the game. 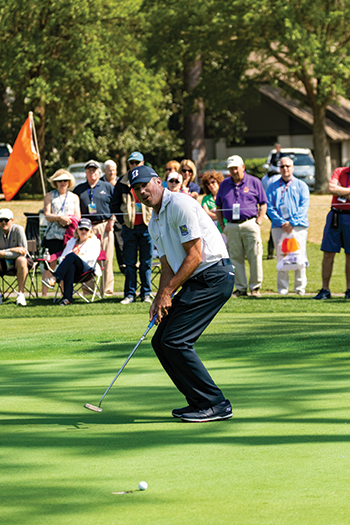 MATT KUCHAR: A fan favorite, “KUUUUUUCH” has made the cut in his last 14 starts at the Heritage — his only missed cut came during his 2003 debut. He has five top 10 finishes here, including his win in 2014, and got off to a great start this season.

WEBB SIMPSON: A North Carolina native, Simpson seems to feel at home at Harbour Town. After missing the cut in his debut here in 2009, he has hung around for the weekend in his last eight Heritage starts, including a runner-up finish in 2013 and a tie for fifth last year.

RUSSELL KNOX: Call this one a sleeper pick if you’d like. Knox has made the cut in all five of his Heritage starts, and his scoring average of 69.4 is the best among anyone who has played at least 12 tournament rounds here. That includes a bunch of guys with multiple tartan jackets in their closets.

PATRICK CANTLAY: Here’s another straggler who had not yet committed at press time, but you can bet Cantlay will want to be at Harbour Town. In two previous starts here, the UCLA alumnus has tied for third and seventh and failed to break par only once in eight rounds. 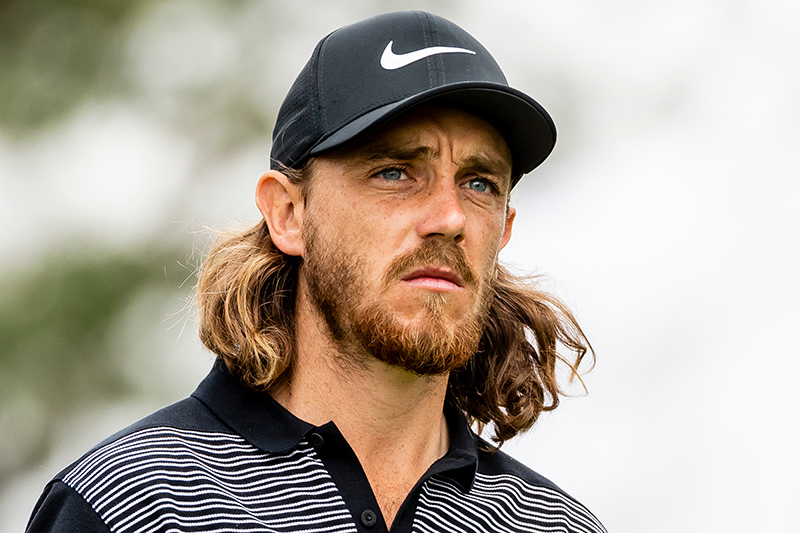 TOMMY FLEETWOOD: It historically has been difficult for players to win in their Heritage debuts — though Kodaira did so last year — but if any Harbour Town rookie has the game to do it this year, it would be Fleetwood. The scrappy Englishman always seems to have his game in top form for the majors, so he should be finely tuned for his first visit to Sea Pines.

XANDER SCHAUFFELE: Schauffele is coming into his own as one of the PGA Tour’s brightest young stars. His Heritage debut got off to a roaring start last year with back-to-back 68s before he faltered a bit on the weekend and slid to a tie for 32nd. Still a solid showing and perhaps a sign of a future tartan jacket owner.