IN HIS OWN WORDS: CHARLES FRASER WROTE ABOUT FOUNDING THE TOURNAMENT

Charles Fraser described himself as a “historian of golf” and a golf businessman, not a “golfer” by recreation. From the beginning, he was convinced that golf would be important in the story of Sea Pines. In 1993, he drafted this description of how he brought golf to Hilton Head Island and later created the Heritage tournament. His daughter Laura Lawton Fraser was kind enough to share it with Monthly. Below are excerpts:

In working on the future master plan for Sea Pines Plantation, I could find only three resort courses between the North Carolina line and the Florida line — two at Myrtle Beach, none on the islands near Charleston and Savannah, and one at Sea Island/St. Simons, Georgia, and ancient 1898 small course on Jekyll Island. The first master plan for Sea Pines had one golf course; others with land on the island thought a golf course far-fetched, and said so.

Augusta National member Jim Self Jr. persuaded me that the first golf course built on the island would “type” the resort, and that the first course should be a fine 18-hole layout. The course was placed in construction when there were only 42 homes in Sea Pines and 80 rooms at Hilton Head Inn. 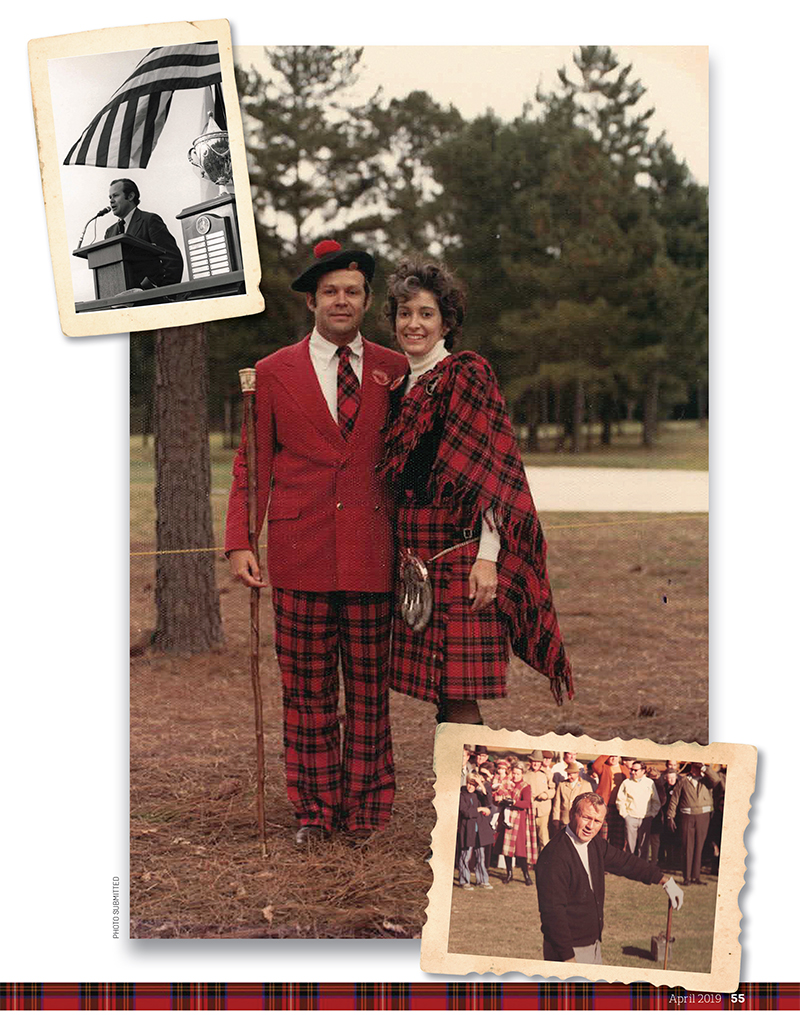 In searching for golf artifacts for the new Plantation Club place in construction in 1964, I found a photo of an engraved invitation to an annual golf ball in Savannah, dated 1811 — while golf history books written by New Yorkers gave 1868 as the beginning of golf in the United States at Yonkers, New York. I had spent most of my college days’ social life in Savannah, was a fixture at debutante parties for six years, and knew that Savannah and Charleston were both wealthy cities in the post-Revolutionary period. I was annoyed that New York golf writers glibly speculated that although there were “golf clubs” in Savannah and Charleston before the War of 1812, they suggested that they were social clubs only, and that the members did not play golf. I commissioned a search of golf records of Savannah and Charleston that ultimately led to the name “Heritage” in the local golf tournament, and the re-establishment of the long-dormant South Carolina Golf Club at Sea Pines in 1969.

Finding that the Charleston Yearbook from 1786 listed officers of the South Carolina Golf Club, I commissioned archive researchers to probe the local newspaper of the period in the historical society records. They found more than 30 references to the postgame dinner meetings of the club at Harleston Green, and annual listings of officers. I gave the list of all officers to another researcher to probe the probates of the wills of these men, and to examine their executors’ listing of their assets. He found numerous references to “golfer sticks” and featheries — the balls of the period. 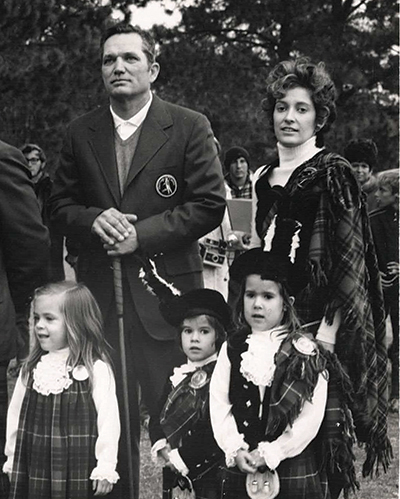 Top golf writer Charles Price undertook the task of weaving the newspaper articles and other records into a small book about the birth of golf in the United States in Charleston in the pre-Revolutionary period. Price lived on Hilton Head while this writing task was going on, but became increasingly interested in the golf business of the Sea Pines Company, then a two-course operation. Price was the first to recognize locally the truly unique nature of the new Harbour Town Golf Course that Pete Dye and Jack Nicklaus were bulldozing out of the forests near Calibogue Sound. He insisted that the Harbour Town course was going to be a landmark U.S. course, and that no matter what effort it took, the first island golf tournament should be played at that course. And he insisted that the tournament should connect with the proven fact that a golf club operated for 25 years in Charleston a full century before the game was introduced in New York. Sea Pines marketing and advertising vice president John Smith took up the campaign with full enthusiasm.

Price researched what golf was like in Scotland in 1786 and earlier, seeking ideas for the new golf tournament to celebrate the historic connection between golf in Scotland and South Carolina. The old custom of “playing in” the new captain of the gentleman golfers by a cannon shot was suggested. Smith and Price got this rolling as a continuing tradition.

Members of my family were active members of the St. Andrews Society of Savannah and avid lovers of bagpipes. The Charlotte bagpipe band was engaged to play for the first Heritage tournament. Unable to persuade me to buy kilts for the occasion, my wife, Mary, purchased kilts for our daughters Wyman, age 4, and Laura Lawton, age 2, and they were dressed to the hilt to participate in the first parade from the Liberty Oak to the 18th green, following the bagpipers.