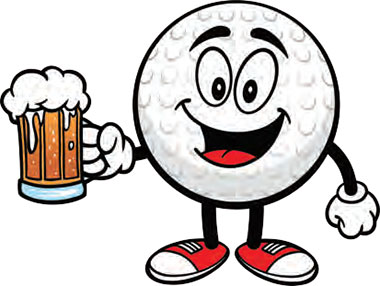 The top golfers on the PGA Tour flock to Hilton Head Island each year, and not just for the quality of the golf.

Yes, Harbour Town Golf Links provides world-class competition for the pros, but the laid-back, family-friendly atmosphere and the fan support on Hilton Head make the RBC Heritage Presented by Boeing one of the tour’s premier events.

The action is non-stop for golf fans, giving locals a chance to walk side-by-side with the greatest in the game for a week. But the true beauty of this glorious week each year is the social aspect of the RBC Heritage.

“There is so much beyond the golf. That’s what strikes me year after year,” said Mike Eddy, a veteran spectator of the past 23 Heritage tourneys. “You have the folks that tell me every year that it’s a pain for the locals and I ask them, ‘Have you ever been?’ And of course they say no. If you’ve been, you know that the Heritage is the biggest party all year for all ages.”

That has never been more the case than in 2017, as RBC Heritage officials have added new venues and beefed up fan-favorite events away from the fairways and greens. So for the uninitiated, here’s the Non-Golfer’s Guide to Your Best Heritage Week Ever.

BRING THE KIDS EARLY IN THE WEEK 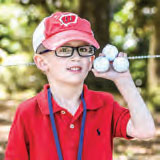 Tuesday, April 11, is Coca-Cola Youth Day and is easily the best day to bring the family, both because of the volume of activities and the lack of crowds at Sea Pines.

Parents and kids can watch the pros during their practice rounds all day before taking to the green for the annual putting contest at 3 p.m. Kids 15 and younger can putt alongside the pros, and the first 200 kids receive a free tournament souvenir. Each child who sinks a putt also wins a prize courtesy of Coca-Cola. Register in the text next to the clubhouse.

The day ends with a family movie on the Heritage Lawn at 4:30 p.m. 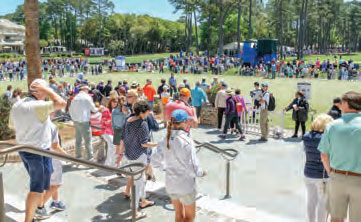 “The island is an amazing place for people-watching, but it doesn’t get any better than Heritage Week,” Eddy said. Longtime Heritage fan and frequent Heritage volunteer Tom Bastek thoroughly agrees.

“It’s on par with the Kentucky Derby in terms of all walks of life coming out and being part of this weeklong party atmosphere,” Bastek said. “But there are definitely better spots than others for the people-watching.”

Bastek’s pro tips: The walking path and gallery between holes 10 and 16 is the obvious but still epic people-watching spot — even after all these years.

“You have the two fairways meeting up, so you have folks both heading toward the final three holes and the crowds just heading out on the back nine. It’s a classic see-and-be-seen spot,” he said.

The more underrated but perhaps even better spot is the confluence of holes 2, 3, 6 and 7.

“It’s amazing. You have the greens at 2 and 6 coming together along with the tee boxes at 3 and 7. It’s really one of my favorite spots on the course to meet new folks and old friends,” he said.

Think Indeed and other job sites are the best places to find your next dream gig? Think again. Countless Heritage patrons have said that Harbour Town is the best networking spot, not just during Heritage Week, but over the course of the entire year.

“I have scored four jobs over the past 15 years at the Heritage,” said diehard tourney goer and mortgage specialist James Thiessen, who travels each year from North Carolina for the first two rounds. “You’re catching employers in social mode. So you’re meeting new people and you’re talking in an informal, chill setting. And all of a sudden, before I know it, I just had a job interview. I don’t go specifically to get a job. It just seems to happen because it’s the best social scene in the Carolinas you’re going to see.”

CHECK OUT THE EVER-EVOLVING VENUES

Tourney organizers are adding two new prime socializing locales this year, Tito’s Stillhouse and Wine@Nine. Tito’s Handmade Vodka is kicking off its official partnership with the Stillhouse, an open-air venue on the Heritage Lawn open to all spectators of legal drinking age and featuring Tito’s cocktails.

Wine@Nine is an upscale outdoor spot between holes 1 and 9 that will feature premium wines, sparkling wines and mimosas. Luxury wineries such as Simi Winery and Meioma will be featured, along with onsite sommeliers showcases vintages.

The venues join the Michelob Ultra 19th Hole and Doc’s BBQ Club 15 as the premium on-course lounges and eateries that complement the concession stands located throughout the course. 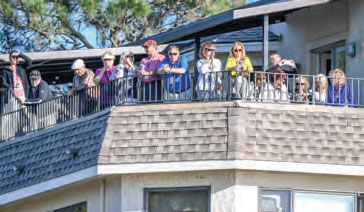 When you’re tired of being on the course, do the tour of the various house parties at condos situated along the course. While many are invitation-only, veteran partygoers say many of the parties are far from exclusive. You just need to do your reconnaissance ahead of the tournament to plot your party plan.

“I have one friend who always rents a house, and I know that handing him a $75 bottle of scotch always gets me in the door,” Bastek said.

Saturday, April 15 is the annual Plaid Nation Day. This is the day where tartan rules the links. Win RBC Heritage swag and tickets to next year’s tourney by winning competitions like Fastest Clad in Plaid, Tartan Trivia and overall Best Dressed in Plaid. Contests take place on Heritage Lawn from noon to 2 p.m. The day ends with the post-round concert on Heritage Lawn, which kicks off at 8 p.m. and features local bands such as Cranford Hollow.

CREATIVITY CAN MAKE YOU A CELEBRITY

Masters champs often take the week of Heritage off to recharge, so when Zack Johnson came to Harbour Town in 2007, Bastek and friend Chris Smith came up with a unique way to say thank you. They bought a couple of green blazers at The Bargain Box, hand-wrote Masters badges and followed Johnson throughout the tourney. The idea landed the pair on TV throughout the weekend and on the front page of PGA.com for a day. 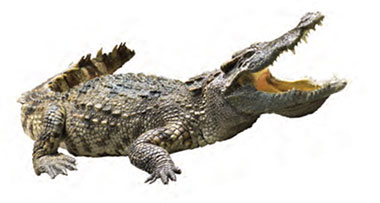 This is Bastek’s brainchild, and it helps keep non-golfers engaged throughout the weekend. He and friends create a bingo card with various “I Spy”-type events, such as a woman in high heels, dude wearing a cowboy hat, That Guy wearing golf spikes as a spectator, the girl with the Britney Spears fedora, the lobster-suntanned person, the caddy eating a sandwich, the alligator less than 10 feet from a walking path, and, of course, the fan (or better yet, player) peeing in the woods.

“It might take us all four rounds to fill the card, but it’s never boring,” he said. “I tell folks constantly, don’t worry about the golf. Even for golf fans, the golf is often the least memorable part of Heritage Week.”