Later in the same month that Hurricane Matthew slammed its Category 2 wrath into Hilton Head Island, Simon Fraser announced that the Heritage Classic Foundation had committed to donating up to $100,000 for hurricane relief efforts. Local residents in need of food, shelter or clothing would soon get it.

This is what the nonprofit foundation does — it helps people and organizations in the Lowcountry and has since its founding in 1987. More than $35 million has been distributed to charitable groups, as well as area students in the form of academic scholarships, said Fraser, now in his 11th year as foundation chairman.

“Beginning with the very first tournament, we made money to give away to charity,” Fraser said, noting the foundation raised its first $1 million in charitable gifts about three years after its PGA Tour debut in 1969. 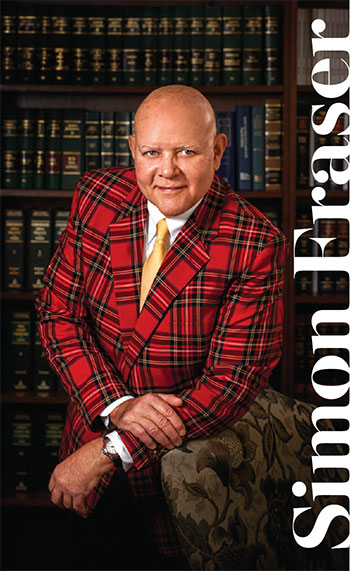 Ever since Arnold Palmer won the inaugural Heritage golf tournament and pocketed $20,000 of the total $100,000 purse for his effort, this PGA Tour stop has grown in prestige. Branden Grace deposited a $1.062,000 check for winning last year, and this year’s purse is $6.5 million, thanks in large part to title sponsor Royal Bank of Canada and presenting sponsor Boeing. Other proceeds come from ticket sales and corporate, patron package, expo and category sponsorships.

More than $2.5 million of the foundation’s $10 million annual budget is targeted for 40 or so local and regional charitable organizations in the fields of health, welfare, children, youth activities and education, Fraser said. Last year, 37 Beaufort County collegians received $175,000 in scholarship grants, part of the $3.8 million raised and distributed to 275 students since the program began in 1993.

Only twice during the foundation’s long run of success were there financial challenges that disrupted continuity: in 1987, when host sponsor Sea Pines Company filed for bankruptcy, and in 2010, when title sponsor Verizon dropped out and the foundation had to foot the bill to sponsor the tournament the following year.

“The tournament is on great footing,” Fraser said. “The financial health of the foundation is very good.” Both RBC and Boeing recently signed five-year contracts that will keep them as title and presenting sponsors through 2021.

It’s no wonder Fraser is upbeat about the tournament.

“It has a $96 million economic impact in the state of South Carolina,” he said. “It’s estimated to generate more than 1,000 jobs. But probably, and the most important thing, is the publicity from the telecast and all the other media surrounding the tournament. This is stuff you can’t buy.

“That would be all of our town’s marketing budget if you were to put a value on it. It’s broadcast in 226 countries and more than a billion households tuning in to the tournament. We don’t have enough money to buy that publicity.”

May good weather and plaid prevail.