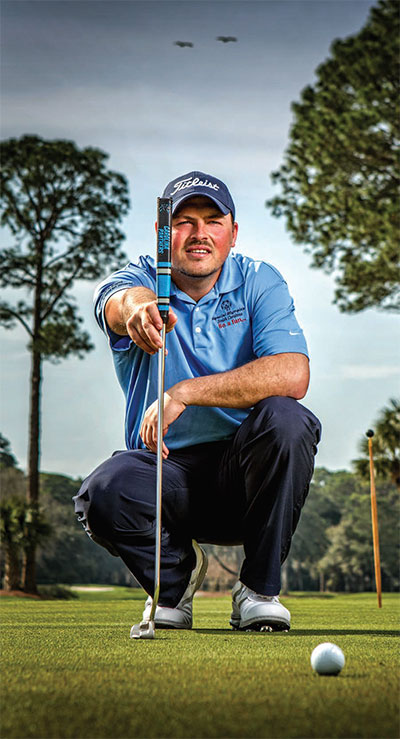 Like many people with autism, Scott had a difficult time communicating with others. Playing a team sport was difficult for him.

“One of the first things I can remember was somebody talking to us about how autistic people tend to be gifted and some are even genius in some area in life, whether it be music or art,” Jeffrey said.

Somebody suggested that the Rohrers find something that Scott could enjoy doing by himself.

Jeffrey had recently started playing golf, so he thought that might be a good idea for Scott.

“We put a golf club in his hand, and I can still remember him swinging when he was little, just watching this beautiful golf swing,” Jeffrey said. “He just had this beautiful swing. And I’ve put golf clubs in a lot of young kids’ hands and never saw a swing like that.”

Jeffrey began taking Scott out on the course, teaching him the rules of the game. And Scott just got better and better.

He had joined Special Olympics at age 5, but he had never tried golf until his father handed him that first club.

For a while, Scott was the only Special Olympics golfer in his area. 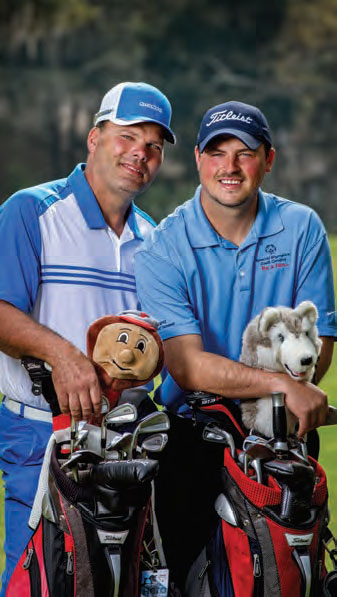 He began competing on the state level, and in 2005 he had his first opportunity to play in a national event in Iowa. He won gold there.

In 2010, he played in his first USA Games in Nebraska, where he set the single-day and tournament world record, which was 1 under par. He was the first Special Olympian to shoot below par in a tournament round.

He went to Denmark with the Special Olympics in 2014, where he placed third.

He set another record at the Special Olympics 2015 World Summer Games in Los Angeles, finishing 12 under par for the weeklong competition.

Now 26, Scott has received another big honor. He was invited to play in the RBC Heritage Pro-Am on April 11 at Harbour Town Golf Links on Hilton Head Island. This will be the first time a Special Olympics South Carolina athlete has been invited to participate in the PGA Tour event.

“I think it’s an incredible opportunity,” Special Olympics South Carolina president and CEO Barry Coats said. “It showcases what our population has the ability to do.”

Scott offered these words of encouragement to other Special Olympians: “Always find something that you are great at, and stick with it, no matter what. If you love it, do it.”