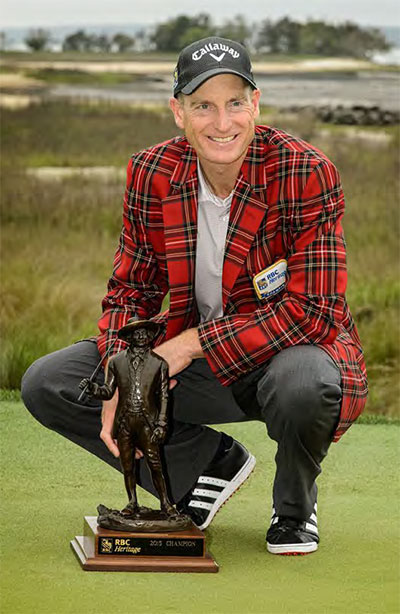 Not that far removed from an unsure future without a sponsor and the brief loss of its longtime spot on the PGA Tour calendar following the Masters, the current climate around the RBC Heritage Presented by Boeing can only be described in glowing terms.

With RBC as the sponsor, some of golf’s most notable names, including the likes of Jason Day, Ernie Els and Luke Donald, are guaranteed participants. The host golf course — Harbour Town Golf Links — is unlike any other venue on tour, and continues to be carefully cared for and invested in by the Sea Pines Resort. Additionally, Hilton Head itself remains a respected respite from the pressures of Augusta National and the ultra-competitive Florida swing that precedes it for many of the game’s best players.

So for the 48th consecutive year, many of the game’s brightest young stars and savviest veterans (including a current Ryder Cup captain) descend upon the Carolina Lowcountry for a relaxed celebration of golf that will once again follow the high-pressure environment of Augusta National. Indeed, the Masters and the Heritage couldn’t be more opposite from one another as professional golf tournaments, but they are a reminder that golf can be many things to many people — and that includes the best players in the world.

Perhaps that’s why the Heritage celebrates the everyman champions like Davis Love III, Boo Weekley and Jim Furyk. It’s certainly among the reasons we toast Harbour Town Golf Links and appreciate our Canadian sponsors each and every time the cannon blows, launching the annual PGA Tour event.

So who will we be cheering on during this year’s edition of the RBC Heritage? There are many familiar faces and certainly some new ones. But as always, the field is strong, deep and full of dozens of players capable of donning the tartan Jacket following Sunday’s final round. Here’s a quick look at the players to watch along the shores of the Calibogue Sound between April 11th and 17th..

For the first time in a long time, the keeper of the tartan jacket will not be on hand to defend his Heritage title. Furyk, a two-time RBC champion, recently had surgery on an injured wrist and is unlikely to return to the tour circuit until sometime in May. Healthy, he would have been among the short list of favorites given his strong record at Harbour Town, and he will certainly be missed among the field of contenders for this year’s title. 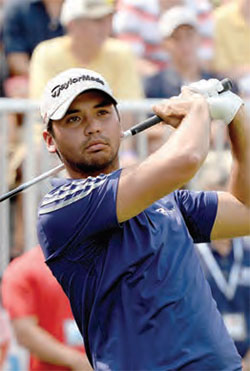 The third wheel of the best player in the world discussion, Day could have easily won several majors last year instead of the just the PGA Championship he ultimately claimed. Albeit with limited starts, Day’s 2016 isn’t off to an opening similar to the way 2015 finished. As of the middle of March, the Aussie had only one top 10 on tour and famously missed the cut in his defense of the Farmers Insurance Open in San Diego back in January

That said, anyone sleeping on Day at this year’s Heritage would be making a mistake. As a ball striker, Day is in an elite category, and if he can get right on the small Harbour Town greens he will be tough to beat. Motivation is never an issue for the world’s third-ranked golfer, but given the Spieth/McIlroy shadow he’s been operating in the past couple months, he’s sure to be supremely motivated regardless of how things go at Augusta the week before the Heritage. 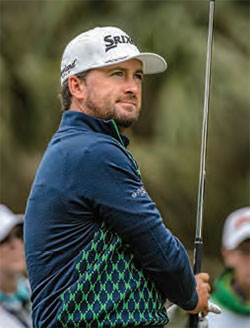 This side of Love and Furyk, it’s hard to imagine a game more suited to Harbour Town than the one McDowell brings. The 2013 Heritage champion returns to Hilton Head searching for his first meaningful PGA Tour victory since that Hilton Head triumph (McDowell won the OHL Mayakoba Classic last November).

Like Day, McDowell hadn’t played much in the United States heading into the Florida swing and has mixed results to show for the efforts he’s put in. The Irishman finished fifth at the Honda Classic in February, but missed the cut at the Sony Open back in January and failed to contend at the recent WGC Cadillac Championship at Doral.

Still, McDowell’s accuracy off the tee and typically strong iron play will again serve him well at Harbour Town. The question, as it typically is, will be whether or not he can roll his ball effectively enough to contend. McDowell currently ranks 138th in Strokes Gained Putting and only 38th in overall putting statistics.

If the former Heritage champion can get things going on the greens like he did during his final round rally in 2013, he’s a legit threat to win a second title. Otherwise, he’ll likely be just another big name in the middle of the Heritage pack. 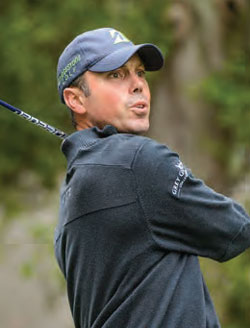 As of mid-March, Kuchar was a player in search of answers. Well, what better place than Harbour Town to discover the game that appears to have alienated one of the game’s finest players during the past year? The man galleries affectionately call “Kuch” hasn’t won since his 2014 Heritage triumph.

Kuchar’s best finish on the tour this year is an eighth-place showing at the Northern Trust Open. His nearly two-year victory drought (through the Valspar Championship) is a direct product of inconsistency off the tee and less-than-stellar performances with his irons — a combination that doesn’t work well at Harbour Town. Never a long hitter, Kuchar ranks 163 in driving distance and has further complicated that issue by hitting only slightly more than 60 percent of the fairways this year.

All that said, the seven-time PGA Tour winner is a proven commodity on Hilton Head and shouldn’t be discounted as a threat to win a second title with some improvement off the tee and from the fairways. 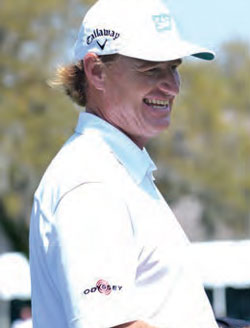 Coming off one of his least productive years on the PGA Tour, Els is certainly far removed from his prime playing days. His best 2016 finish thus far is a tie for 26th at the Northern Trust Open, and the South African hasn’t won on tour since 2012. Despite those struggles, The Big Easy remains among the most popular players on the tour, and certainly has a strong history of competing at Harbour Town, earning more than $1.3 million in his career at the Pete Dye course.

Adding to that total this year may be a tough ask for the smooth-swinging Els. The once accurate golfer is hitting fewer than 50 percent of his fairways, ranking him 208th in driving accuracy on tour. Those struggles off the tee have affected Els’ scoring opportunities as he ranks only 188th in greens in regulation. If those issues persist during Heritage week, expect Els to be a Friday casualty to the cut. 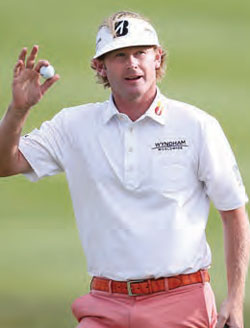 Recently ranked as high as third in the FedEx Cup standings, Snedeker is enjoying a strong start similar to what he had in 2015 before things unraveled a bit down the stretch. Snedeker already has one title — the Farmer’s Insurance Open — and a pair of additional top 5 finishes, including a playoff loss at the Sony Open back in January.

As one might expect, the biggest reason for the 2011 Heritage champion’s success this year has been a putter that has returned to its pre-2015 stellar form. Snedeker currently ranks sixth in strokes gained putting and third in overall putting. That deftness with the flatstick has helped overcome some accuracy issues, especially from the tee box. The eight-time PGA Tour winner ranks in the 160s in driving accuracy, subsequently affecting his ability to hit greens in regulation (ranks only 44th).

Those accuracy issues certainly don’t play well around Harbour Town, but if Snedeker can clean it up some and stay hot on the greens, he is a real threat to join the fraternity of players with multiple Heritage titles that includes Love, Weekley, Furyk, Tom Watson and Payne Stewart. 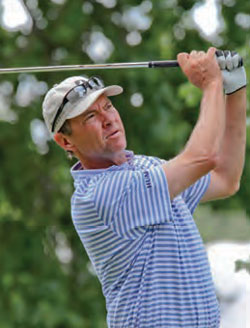 “The King” may have won the first Heritage tournament, but it’s Love who has reigned over this event since his first victory here back in 1987. A five-time Heritage winner, including his first-ever victory on the PGA Tour, Love is among the most beloved and classiest players to have walked Dye’s links in the nearly five decades of the event.

That said, don’t for a minute confuse Love’s appearance at this year’s Heritage as a career achievement award. The U.S. Ryder Cup captain became one of the five oldest players to win a PGA Tour event last year when he claimed the Wyndham Championship. That victory earned Love a two-year tour exemption, and a treasured trip to the Masters. It also guaranteed him another shot at a sixth tartan jacket after missing last year’s event due to injury.

At 51 years old (Love will turn 52 during the Heritage) and with his demanding Ryder Cup duties, Love has made only six starts on tour this year. While his best finish was a tie for 29th at the Hyundai Tournament of Champions, he hasn’t missed a cut all year. His game needs to sharpen considerably, but there’s no denying Love’s magic at Harbour Town. Anyone willing to bet a mortgage against him? 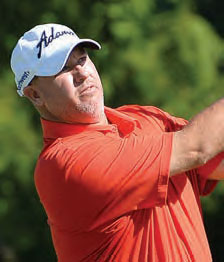 The two-time everyman Heritage champion enjoys a lively following at Harbour Town that is matched only by Love. Regardless of whether he’s in contention or not, the Florida native is serenaded by chants of “Boo” throughout his annual visit to Hilton Head, and 2016 will be no different — regardless of how he plays.

The question is whether the three-time PGA Tour winner can pull his game together in time to compete for a third tartan jacket. A pair of top 10s notwithstanding, Weekley has missed the cut in six of his 11 starts during the wraparound season. That slump includes 36-hole exits in five of Weekley’s past six starts dating back to mid-January.

Weekley, who hasn’t won since the 2014 Colonial Invitational, has struggled with multiple aspects of his game, most notably around the greens, where he ranks only 125th in total putting. Poor iron play has exacerbated the flatstick issues as Weekley has hit only slightly more than 65 percent of greens in regulation this season. That’s a combination that will make it difficult for him to contend this season regardless of how hard the galleries cheer him on. 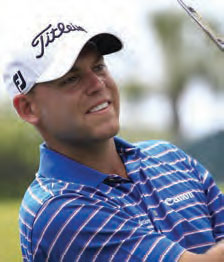 The current pride of the Palmetto State, Haas comes to Hilton Head with a game that is rounding into form, and with the potential to challenge for his first Heritage title. Haas, the son of longtime Hilton Head favorite Jay Haas, ranked 20th in the FedEx Cup heading into the Arnold Palmer Invitational in mid-March.

The former FedEx Cup champion already has three top 10 finishes this year and recently lost in a playoff to Charl Schwartzel at the Valspar Championship in Tampa. Haas ranks among the top 50 in key stats such as driving accuracy, greens in regulation, scrambling and scoring average. A less than impressive plus-100 ranking in putting has held him back from a victory, but there’s plenty of reason to expect a breakthrough in the near future.

If the 34-year-old can bring that same game to Harbour Town, where his results have been mixed, he can be a real threat to do what his father Jay never could — claim a tartan jacket.

Come on, this is the PGA Tour — anyone’s guess is as good as the next. Proverbial gun to head, however, I have to think a player of Jason Day’s skill level, shot-making ability and confidence is due to win on a course as difficult and unique as Harbour Town. A Day victory would only add to the legendary list of Heritage winners, but regardless of who claims the 2016 title, Hilton Head’s signature event has never been in better standing than it is right now.