For the 48th year, all local eyes turn to the RBC Heritage golf tournament

Once again, Hilton Head Island will be riding a little lower the third week of April as more than 100,000 people flock to the south end of the island for the PGA Tour’s RBC Heritage Presented by Boeing, held at Harbour Town Golf Links at Sea Pines Resort.

For 48 years, the tournament has been the party of the year, drawing locals and visitors from around the country to the nicest, friendliest tournament on the tour, played on one of its quirkiest courses. 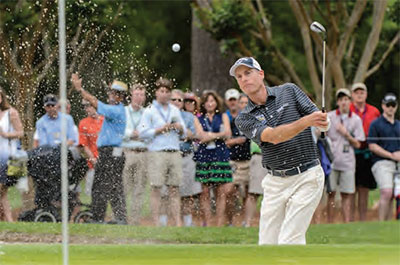 Just a shade over 7,000 yards, the Pete Dye-designed masterpiece forces players to use finesse, not brawn, to card birdies. Unpredictable breezes from Calibogue Sound keep the contest interesting right until the final putt on the last round.

But the tournament is much more than a golf competition in these parts.

It’s the event that put Hilton Head on the map as a tourist spot in 1969, and it’s the event that keeps us on televisions around the world, framing an instantly recognized red-and-white lighthouse as a backdrop. It’s the party of the season with social events, planned and impromptu, packing the week.

The first Heritage, deemed the Heritage Classic to give it heft, was held on Thanksgiving Day weekend in 1969. Sea Pines founder Charles Fraser could not have scripted a better first chapter for the fledging resort island.

Arnold Palmer regained his status as a champion after a troubling winless streak, holding aloft the trophy with that picturesque lighthouse in the background.

Ever since, the Heritage has been the highlight of the year for players, residents and visitors.

The tournament is also a highlight for area cash registers. Just as toy sellers rely on Christmas sales to shore up their profits, local business and charities rely on the Heritage for a large share of their annual revenue.

The week stuffs county tills with $75 million from hotel rooms and restaurant tabs to bike rentals and Salty Dog T-shirts. (Seriously, doesn’t everyone already have one?) Another $21 million wanders just past Beaufort County’s borders, bringing the event’s money generation to $96 million a year, according to a study by Clemson University and the University of South Carolina Beaufort. That’s not counting the millions in local sales taxes.

The crowds, more than three-quarters of whom attend the tournament year after year, are a merchant’s dream: 63 percent of the spectators have an annual income over $100,000, 52 percent are 50 and older and 73 percent have a four-year college degree.

The Heritage put Hilton Head on the map as a tourist spot in 1969, and it’s the event that keeps us on televisions around the world for one weekend in April.

Not only is the tournament a boon to local businesses and governments, but it spreads its wealth, showering nonprofit groups with $34 million since the foundation was formed in 1987.

The Heritage, as it’s locally known, gets better every year, thanks to the work of 11 full-time tournament employees, a half a dozen interns and an army of 1,200 volunteers.

“The staff is challenged every year to come up with ways to make the tournament better. We’ve learned not to be complacent or content,” Wilmot said. “Let’s not do it just because we’ve always done it that way.”

Wilmot said that point was made abundantly clear in 2011 when for the first time the tournament couldn’t find a sponsor to replace Verizon, which announced 18 months earlier it would cease its title sponsorship after a 22-year run.

At first, no one thought much of it, convinced finding a replacement would be easy. It was anything but. 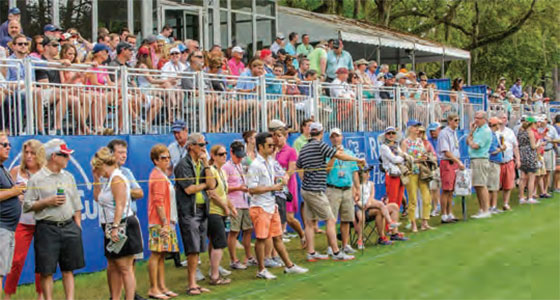 The tournament had no sponsor in 2011 and had to use its reserves and plead for help from state and local government to keep the tournament going.

“We learned a lot from that,” Wilmot said.

While trying to woo a new title sponsor, Wilmot heard more than once that Hilton Head Island was showing its age.

“As they said, sponsors were used to staying at Ritz-Carltons at other tournaments. We couldn‘t compete.”

With added persuasion from Gov. Nikki Haley and U.S. Sen. Lindsey Graham, the tournament brokered a five-year deal with RBC and Boeing to serve as joint title sponsors in 2012.

But the near miss shook the entire island. In the few years since, every major resort on the island, including Sea Pines, launched massive renovation projects. Sea Pines tore down the two clubhouses serving its three courses and rebuilt them, spending tens of millions of dollars. It closed Harbour Town for months last year and replaced its turf from tee to green and overhauled its irrigation system.

Westin, Omni and Sonesta poured millions into renovations at their Hilton Head properties.

After that sobering lesson from the sponsor search, the tournament — not to mention the rest of the island — doesn’t take anything for granted.

“We’re good through 2017, but we’re already working on beyond that,” Wilmot said.

The tournament has hired Populous, a Kansas City-based design and consulting firm that has helped stage several Super Bowls and the Olympics in London and Sydney.

“We want fresh eyes to look at the tournament,” Wilmot said.

The tournament often has to juggle competing desires from the PGA Tour, spectators, sponsors, area residents and local governments.

It’s a careful balancing act, Wilmot said, especially since the tournament means so much to the local economy, perhaps more so than the PGA Tour’s 41 other tournaments.

“We are a destination event,” Wilmot said. “For example, for tournaments in places like Atlanta, spectators eat breakfast at home, go to the tournament and are home in time for dinner. They don’t add a lot to the local economy. Here, the tournament means home rentals, hotel rooms, rental cars, restaurant meals, charter boat trips and rounds at area golf courses. Its impact on the local economy is huge."

Keeping the tournament fresh is a challenge because of space limitations. The course is landlocked, lined with 600 homes amid an even larger resort. It’s further hemmed in by the Calibogue Sound on its southern tip. 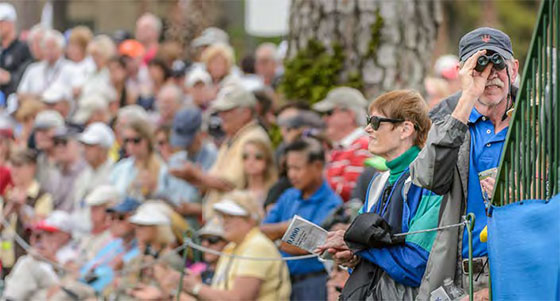 Populous will evaluate the event from the eyes of spectators. “What are the entry points? How do they look? How well do they function? That’s what Populous will help us with,” Wilmot said.

Any changes will be thoroughly reviewed with all interested parties considered. 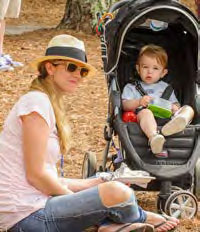 It isn’t just the course or the location that makes the Heritage a popular event for PGA Tour players. It’s the atmosphere.

Players love the Heritage because it comes on the heels of the pressure cooker known as the Masters and its ambiance is just the opposite.

As two-time Heritage champion Stewart Cink once said, "It's the anti-Augusta."

Many players bring their families and rent a home on the beach to combine family time and golf. Several players have been spotted tooling around the island on bikes with their families.

Beyond the beautiful area, it’s the Southern hospitality extended to everyone that makes the Heritage stand out for players, sponsors and spectators.

That atmosphere doesn’t happen by chance.

The scores of volunteers are trained about the tournament and the area so they can answer any question and help people find their way around. They are friendly and polite, welcoming and warm.

For example, the tournament enlisted a local Kiwanis club just to help people park and lock their bikes if they arrive via two wheels.

The effort is worth it to the local area.

As Wilmot said, “When those camera lights come on and people see that lighthouse, that is Hilton Head. And it’s being seen by millions of people around the world. We couldn’t pay for that kind of coverage.”

May the party never end.