IT’S NOT EASY TO MAKE MATH FUN, BUT MICHELLE GORDON MAKES IT LOOK AS EASY AS PI

Do you know which side of the chicken has the most feathers?

If you do, you’re either really good at riddles, or you’re one of the lucky students in Michelle Gordon’s math class at Bluffton High School. The chicken riddle recently was her “joke of the day,” one of many ways she likes to lighten the mood when teaching a subject that many students dread.

“I want them to enjoy the learning experience, and I want my personality to shine in the classroom,” she said. “We’re all here for a purpose, and that’s to learn.”

Her sense of humor is a big part of her personality. Even when accepting the Beaufort County School District Teacher of the Year Award, her first order of business on stage was to tell a joke: “What do you call a deer with no eyes?” Answer: “I have no eye-deer.”

But the prize that came with the honor was no joke: During a celebration honoring teachers of the year from all of the district’s schools, Shane Gault, executive manager of Hilton Head Buick-GMC-Cadillac, presented Gordon with a $5,000 prize. 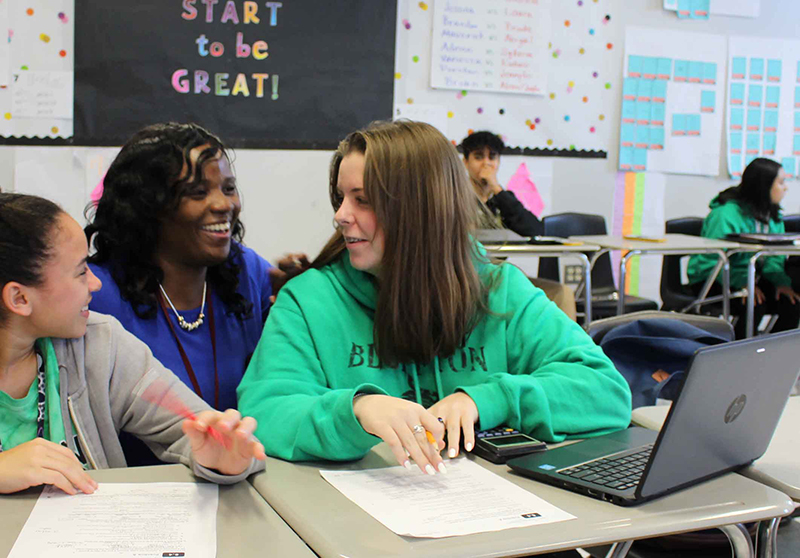 I’ve had students who were extremely shy, but they feel comfortable in my class.

Gordon’s quick wit and playful banter aren’t just ways to keep students’ attention. Each quip or wisecrack, whether it’s a knee-slapper or a groaner, helps create an atmosphere of comfort for students who might otherwise never fully engage with the subject matter.

“I’ve had students who are extremely shy, but they feel comfortable in my class,” Gordon said. “One student said that about herself. She’s an introvert, so she doesn’t like to speak out. But when she enters my room, it feels like family.” 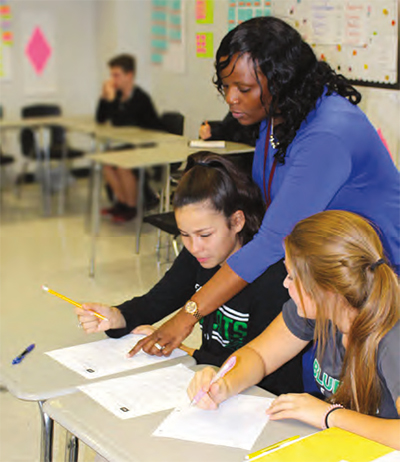 Helping students come out of their shells speaks to one of the key events in Gordon’s path to teaching. Originally eyeing a job in computer engineering — or, well, eyeing the large paychecks the field offers — she found she had a greater talent for helping others.

“I had a family member who struggled in school, and I tried really hard to help them. It seemed the gap was too wide between where his learning needed to be and where it was, and it really bothered me that I couldn’t help him,” she said. “That’s when I decided I didn’t want anyone else to experience that.”

She took that drive to the classroom, where she found that laughter was an unlikely but effective teaching tool: “It’s very personal. Even with my students, I have that family member in mind all the time.”

Gordon has more than 15 years of classroom experience, and Bluffton High principal Denise Donica said she is respected not only by her students, but also by her colleagues.

“She’s amazing,” Donica said. “She’s so passionate about what she does, and everybody in our building loves her.”

And for the record, a chicken has the most feathers on the outside.