When Hurricane Dorian ravaged The Bahamas in early September, a pair of Lowcountry residents reacted swiftly and decisively.

The two — Hilton Head Island resident Jane Janiak and state Rep. Bill Herbkersman of Bluffton — had watched uneasily as the devastating storm raked the islands. After seeing what was left behind, they resolved to help the recovery.

AID AT EVERY TURN

Herbkersman has been a constant presence in The Bahamas since the hurricane, flying supplies aboard his Cessna 182 in to Treasure Cay, which is connected to Great Abaco Island.

He has ferried antibiotics, bottled water, blankets, vitamins, Gatorade, tarps and shoes. Since early November, Herbkersman figures he has carried 11 tons of necessities to The Bahamas.

On a weekend trip in November — one of about 20 since the hurricane struck — Herbkersman took 40 to 50 pairs of shoes.

The supplies have come from myriad donors, he said. He hasn’t had to ask; people call him and ask what’s needed. On one trip he took 750 bologna sandwiches.

“I’m getting help at every turn,” said Herbkersman, who represents parts of Beaufort and Jasper counties in the state legislature.

The Medical University of South Carolina pitched in on short notice, too, supplying “a truck full” of cases of antibiotic eyedrops for treating conjunctivitis (pink eye) affecting workers on the islands — including Herbkersman.

“It’s humbling,” he said. “I feel fortunate to fly there; (the Lowcountry) could have been in the same boat.”

Herbkersman expects to continue flying in supplies through the new year. Round-trip flights cost about $450 in fuel, which he pays himself. For the other volunteers who fly supplies to The Bahamas, donations would be welcome, he said.

Janiak, a 27-year Hilton Head resident, owns a second home with her husband on Elbow Cay, and Bluffton developer Herbkersman has property on Cat Island. Dorian, a Category 5 storm, displaced more than 14,000 residents of The Bahamas and caused an estimated $7 billion in damage. 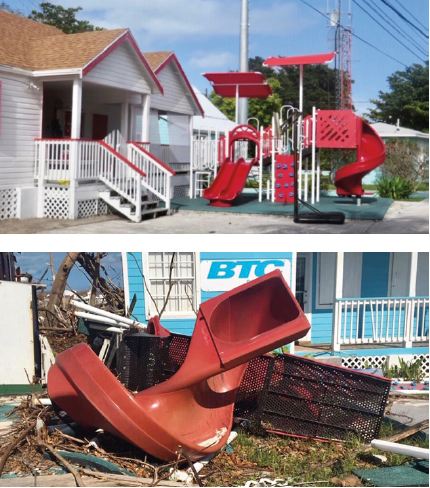 aniak said she felt helpless watching the destruction from Hilton Head, but discovered a way to help after learning about the work of artist Kim Schwede. Schwede designed a print (“The ABC’s of Hope Town”) to benefit badly damaged Hope Town Primary School on Elbow Cay. The print depicts Hope Town mainstays, including a lighthouse that withstood the storm.

To raise money for the school, which was built in 1893, Janiak is running an online shop that features the print on an assortment of products.

Hosted at Zazzle.com, Schwede’s print is on 40 items, including serving trays, hoodies, mugs, bath mats and a Christmas ornament that Janiak said is the top seller.

During the first three weeks of October, sales raised about $2,300 for the school, Janiak said. All funds after paying for the website will go to the school, with the first check expected to be sent in December. This fundraiser will continue indefinitely, she said.

“It’s not that people are just giving money — you’re getting a neat product,” Janiak said.

“Knowing people are reaching out to us and want to support us is incredible,” Higgs said. The funds will be used for items like library books, projectors and supplies, he said.

Debris has been cleared from the school, Higgs said, and one classroom should be ready for returning students in January. 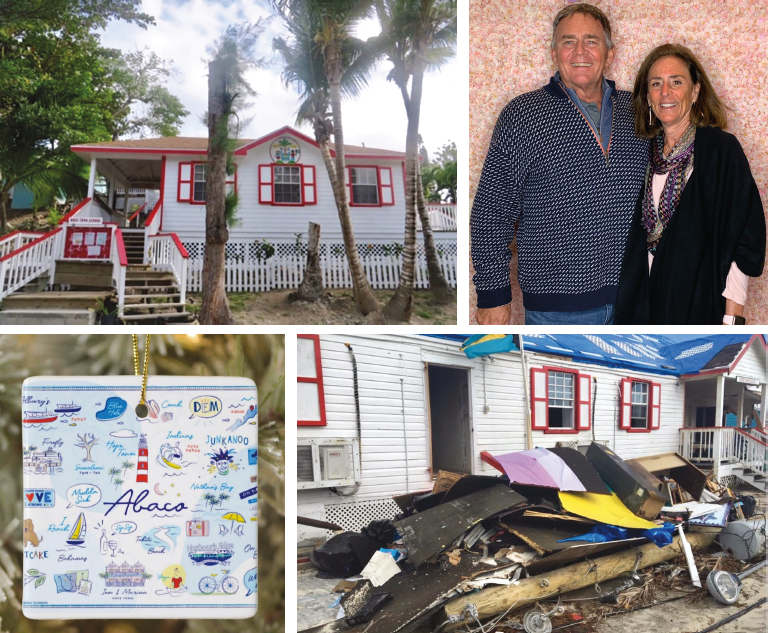 To check out Janiak’s shop, go to www.zazzle.com/store/hopetownabc/products. On Facebook, visit the Hope Town ABC page and click “shop now.”

Many other organizations contributed to hurricane relief, including: