It was Dec. 16, 1986, when local artist Jack McNulty first arrived on Parris Island.

“The first thing I remember seeing was a one-way sign pointing toward the island. I thought that was pretty fitting,” he said.

The next thing he remembers is the bus coming to a stop, the dawn still yet to rise around it, and drill instructors flooding the aisle ordering everyone off. Still groggy, the recruits stepped out onto the famed yellow footprints for the first time.

“I said to myself, ‘What have I gotten myself into?’ I think everybody does at that point,” McNulty said.

His introduction to Marine Corps Recruit Depot Parris Island mirrors that of a lot of other recruits. There were days that seemingly never ended, stretching into night and back into day without a wink of sleep. There were drill instructors who chose their “favorites,” recruits who had earned the privilege of extracurricular exercise on the quarterdeck. There were sand fleas and sweat and rain that came down in sheets, precisely tucked bedsheets and shoelaces tied with the utmost precision. 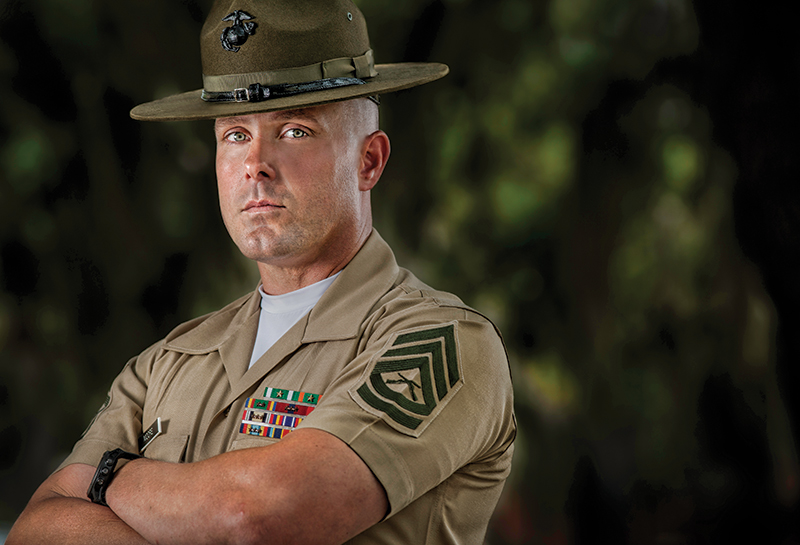 And then there’s the moment when recruits are pinned with the Eagle, Globe and Anchor. It’s the moment they earn the title Marine, and all that sweat and misery become worth it.

McNulty was among the first Marines in what is colloquially — and sometimes disdainfully — referred to in Marine circles as “the new Corps.” The film “Full Metal Jacket” hadn’t painted Marine training in the best light, and the Corps had worked quickly, banning the more brutal forms of hazing and “physical motivation.” It’s still sort of a lightning rod in Marine culture, but what’s painted as a turning point in Marine training is actually just a single step in the evolution of a process designed to do one thing: make Marines. 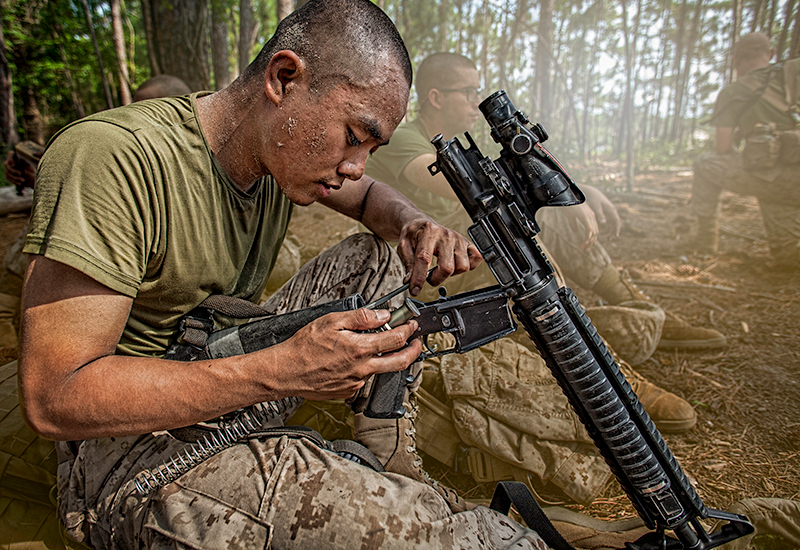 It’s a simple mission statement, emblazoned in tall letters across Boulevard de France on Parris Island: “We Make Marines.” It was the mission in 1903, when 1st Lt. Benjamin Bernard Woog drilled a group of 40 volunteers he’d hauled up from Savannah to a small encampment he and his men had struck in an abandoned Naval station. It was the mission in 1915, when the transport brought 750 recruits to serve as the newly minted recruit depot’s first class.

The mission itself is simple, but accomplishing that objective requires one thing that Marines excel at: adaptation.

“I think training over the years has changed for the better,” said senior drill instructor 1st Sgt. Nicholas Underwood. “The Marines are smarter than the Marines when I came through. They have a lot more capabilities at their fingertips then we had when I came in.” 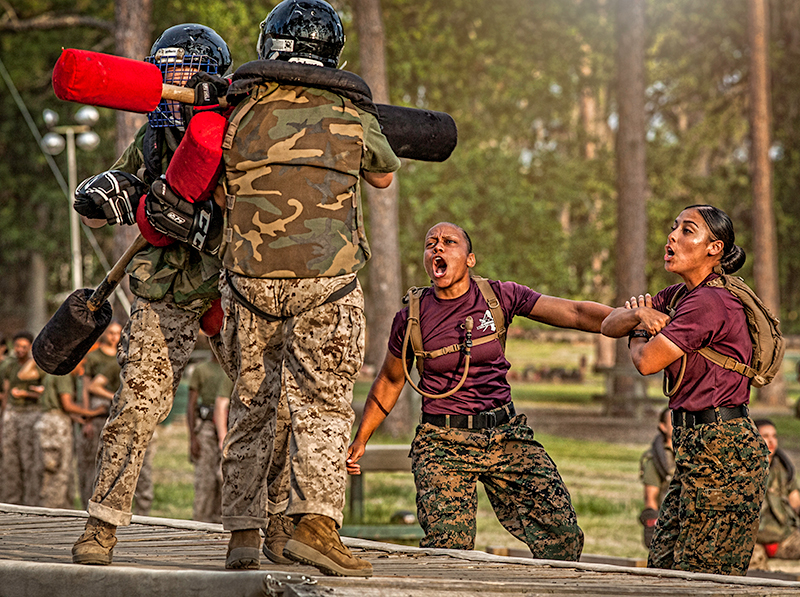 Making smarter Marines has become an increasingly important part of Marine Corps training. Yes, there is the grueling physical training, thousands of pull-ups and sit-ups and runs through obstacles designed to mold civilians into elite fighting machines. And yes, there are countless hours on the range, honing recruits’ skills in keeping with the old saying: “Every Marine a Rifleman.” But as recruit training has evolved, it’s grown to sharpen a recruit’s mind with the same steel.

‘A CLASH OF HUMAN WILLS’

“You see throughout the training schedule now, the teaching methods are Socratic,” said Capt. Zachary A. White. “They’re asking open-ended questions because they want to see how they react, how they think critically … We have a much smarter, more critically thinking Marine that’s in the Marine Corps now than 20, 30 years ago.” 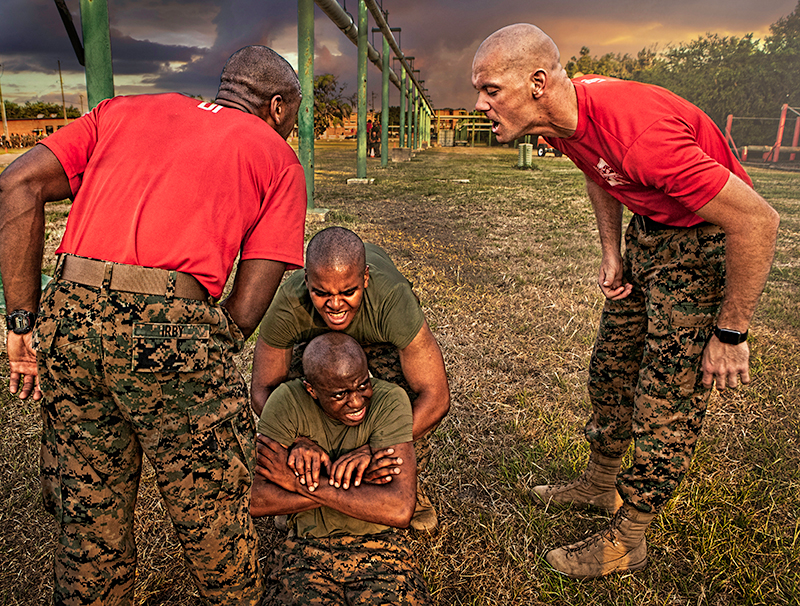 Much like when the Crucible was added to recruit training in the mid-’90s, designed to galvanize Marines around the shared adversity of 54 hours spent testing their mental and physical limits, a fourth phase was recently added to the training. Covering everything from communications to life skills, the fourth phase puts the emphasis on mentorship.

“The end result is to make sure these recruits — Marines — know how to conduct themselves, how to properly speak and address individuals, and have the training they need to be successful in the fleet,” Underwood said.

This focus on the mind as well as the body has played a huge role in the evolution of the recruit training. 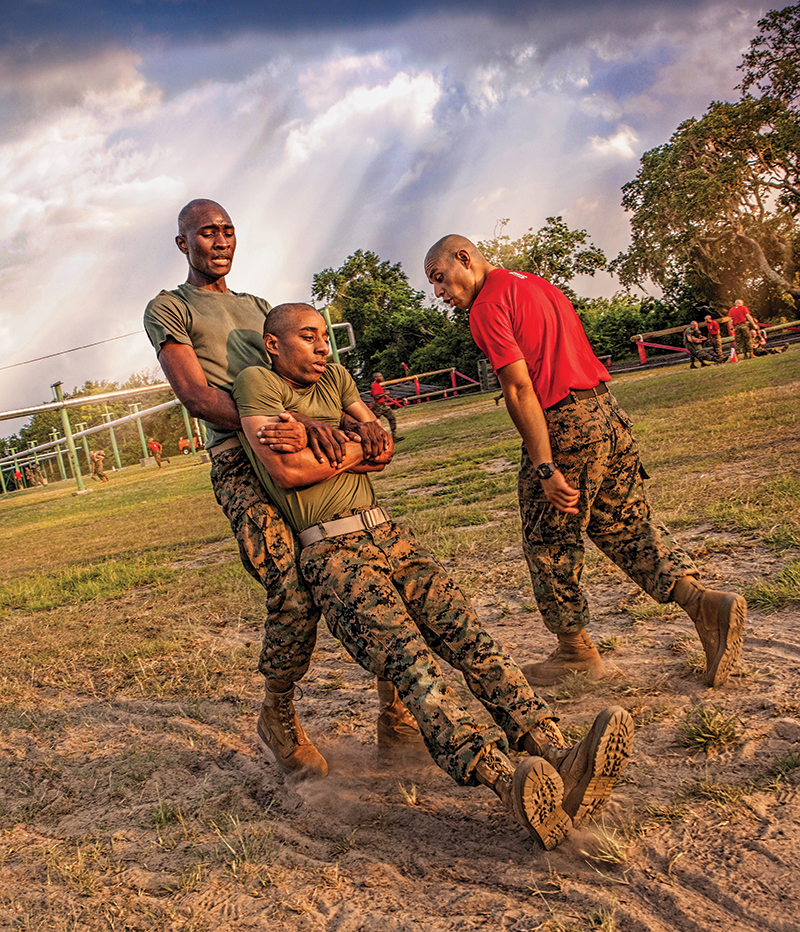 “It’s all done for a deliberate reason,” White said. “This is a warfighting institution. Our doctrine states that war is a clash of human wills. The individual, the unit, the nation-state that has a stronger human will to persevere will always be successful.  This is much more a mental game than anything else.”

And it’s done with the same purpose today as it was when those 750 recruits arrived in 1905. 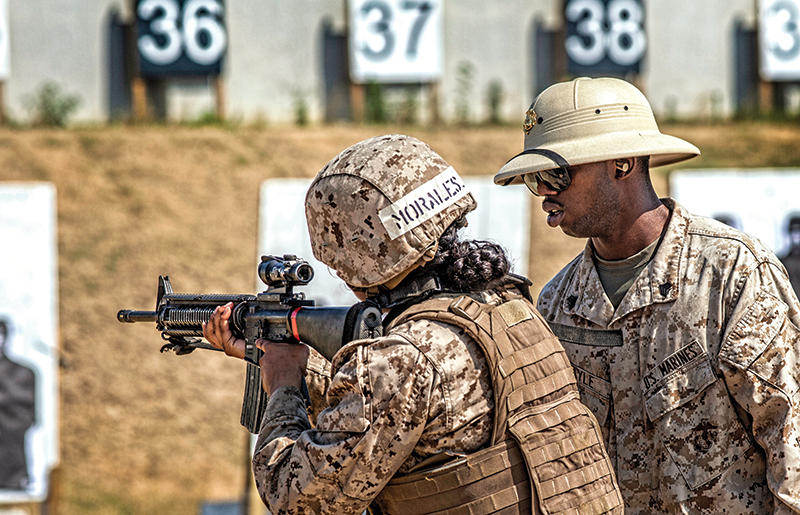 “They do one thing: Make Marines,” McNulty said of the recruit depot. “And they do it well.”