The name Spanish Wells conjures up images of galleons and wooden buckets — a romantic vision that seems far removed from the Hilton Head Island of today. But you wouldn’t be far off of the origin of the island community’s name — or the names of several other island landmarks.

The story of Spanish Wells is tied to the Floridan aquifer, which runs from the area south of Charleston along the coast to central Florida. The weight of seawater pressing on the coastal plates along the aquifer forces fresh water close to the surface in several places, including on Hilton Head Island. These springs feed lagoons, lakes and ponds in several island residential developments, like the area known today as Spanish Wells and in Colonial times as Spanish Wells Plantation. Most importantly, the aquifer provided fresh water to the explorers who became the first to settle in South Carolina in the 1500s.

In 1520, Lucas Vázquez de Allyón, a royal judge in Hispaniola in the West Indies, used his influence with the king of Spain to obtain a license to “explore the lands to the northwest to a distance of 200 leagues.” An expedition sent by him under the command of Francisco Gordillo joined forces with another Spanish captain, Pedro de Quexos, and travelled north from the Bahamas to the Lowcountry. Allyón arrived in 1526, founding a settlement called San Miguel de Guadalupe at the mouth of the Pee Dee River. Though the colony was short-lived — it was abandoned a few months later after Allyón and many others died in a fever epidemic — it cemented the place of Allyón and Gordillo in Lowcountry history. The pair live on today as street names on the south end of Hilton Head; Gordillo has been adapted to Cordillo, and his namesake parkway is linked to South Forest Beach Drive by the slightly misspelled De Ayllon Avenue. 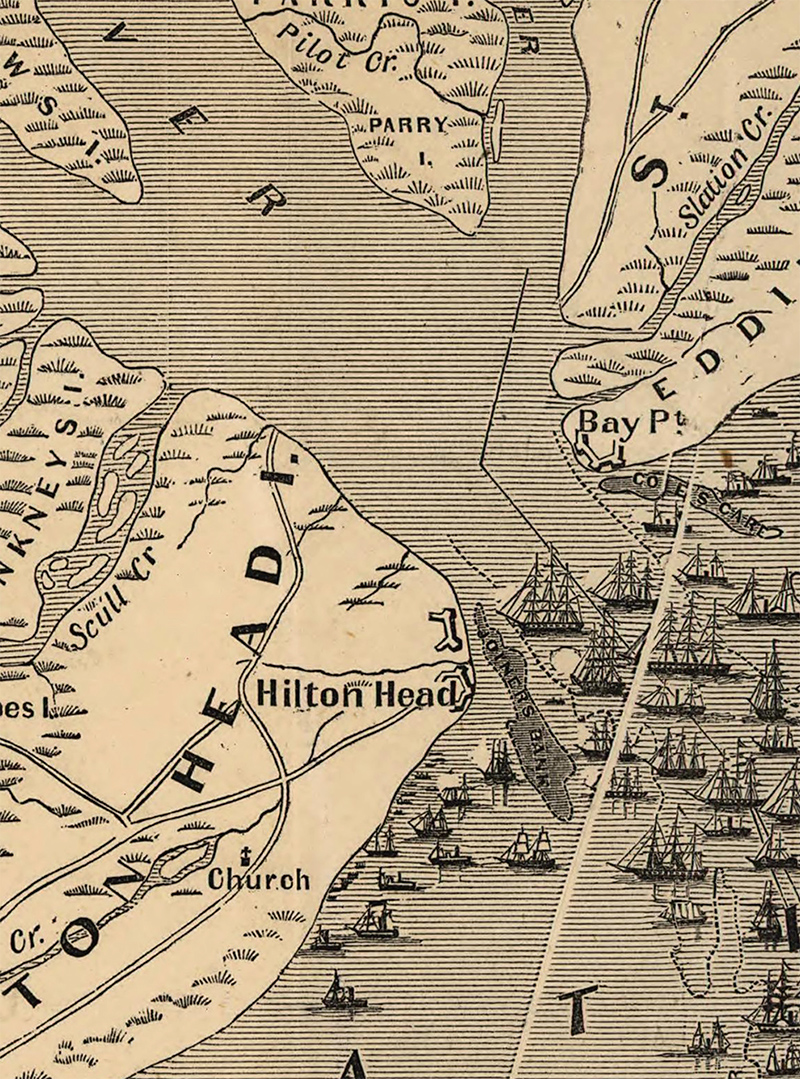 Quexos also arrived in the Lowcountry in 1526, landing at the entrance to Port Royal Sound and naming it the Punta De Santa Elena — a name later given to the early Spanish colony founded on modern-day Parris Island in 1566. Because Quexos first spotted the bluffs of modern-day Port Royal Plantation in 1521 as he sailed north in search of slaves to bring back to the West Indies, he is the explorer most often credited with discovering Hilton Head.

“But the springs Quexos found at Spanish Wells weren’t the only source of fresh water on the island. The Indian Springs villas on Skull Creek Drive are named for a water source used by English settlers who spread south from Charleston to Hilton Head in the 1720s. The spring originally had been used by Yemassee Indians; today, it likely lies buried under the condo complex bearing its name — and serving, along with Cordillo Parkway and De Allyon Avenue, as a reminder of the Lowcountry’s rich and unique heritage.

Richard Thomas is a corporate leadership and organizational effectiveness consultant, specializing in the use of history-based case studies as experiential learning tools. He has extensively researched the history of Hilton Head Island, is active on the boards of several area historical foundations, and conducts history tours of Hilton Head.