Lowcountry voters have a lot to consider when they go to the polls on Nov. 6 to fill seats in local elections. The following profiles are drawn from candidate responses to questions from the League of Women Voters Hilton Head Island/Bluffton Area and candidates’ websites.

For more information on the election, go to the league’s election hub at www.vote411.org. 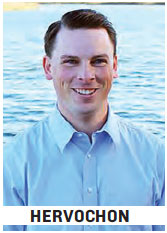 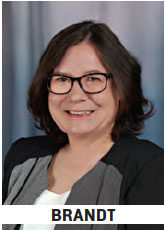 Republican Chris Hervochon faces Democrat Brenda Brandt, who said the highest priorities facing the county are protecting the environment, ensuring balanced growth and development, and creating an economic climate that benefits all residents.

Hervochon said his priorities are spending tax dollars wisely and reducing waste, responsible growth with current residents in mind, and the creation of a "South of the Broad" coalition to ensure taxes are spent proportionately to the areas that pay them. 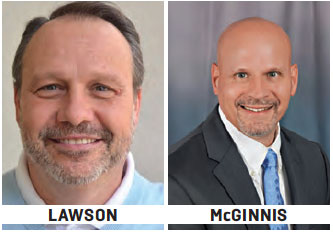 Republican Mark Lawson is facing Democrat Mark McGinnis. In a May Facebook post, Lawson described his vision for the county, with an emphasis of preserving quality of life, protecting the environment and “defending” the community with smart growth decisions.

On his campaign website, McGinnis calls himself a “voice of reason” looking to find common ground and solutions “that work for all.” 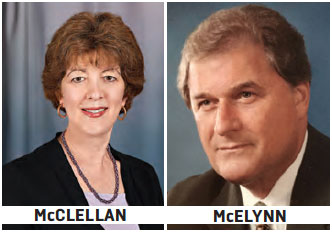 Democrat Cathy McClellan faces former county chief magistrate Lawrence McElynn, a Republican, who told the League of Women Voters that he would focus ontransparency, accountability and responsible spending, as well as smart growth management with focused and balanced environmental awareness, including protecting the coastline from offshore drilling. Infrastructure, creative traffic solutions and mass transit improvements would also be priorities.

McClellan said she is committed to residents having a voice in county government; accessible public transportation including alternative options to enhance workforce development and protect the environment; and responsible growth and continued economic development, requiring creative solutions for affordable and workforce housing while preserving Hilton Head’s character and culture. 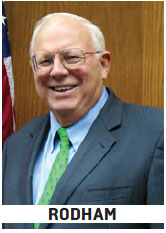 Incumbent Stu Rodham, running unopposed, has been on County Council since 2008.

Selecting a qualified school superintendent is a top priority for three of the four candidates in this crowded race.

Otherpriorities for Richard Geier include gaining an understanding of the system’s finances and using his experience to improve accountability and reviewing administrative overhead to make sure teachers are helped, not hindered.

Ray Johnson said he also wants to focus on improving security to include a “crackdown on bulling,” as well as accountability and transparency of the board. Teacher recruitment and retention is also a high priority.

Sarah Stuchell’s other priorities are improving the quality of schools and closing the achievement gap; board transparency, accountability and engagement with the community and school staff.

Incumbent Evva Anderson faces two challengers. Anderson said it is important that county schools keep moving forward in a positive way, while addressing the urgent issues of safety, overcrowding/growth and the achievement gap. Teacher recruitment and retention are also priorities.

Rachel Wisnefski said she would focus on facilitating a long-term solution to the growth issue, providing balance and efficacy to the board, and ensuring fiscal responsibility.

Chris Davey listed his priorities as overcrowding issues in Bluffton; curriculum fluidly between elementary, middle, and high schools; and transparency.

There are three candidates running for this open seat.

Cathy G. Robine told the League of Women Voters that her priorities are encouraging decision-making that focuses on what is best for the student; hiring the best qualified superintendent; fiscal responsibility; and hiring and retaining highly qualified teachers.

John R. Eddy would focus on working with other board members for the benefit of all students and employees; providing fiscal oversight of the district’s operations budget; and ensuring “proper and appropriate management of the district superintendent.”

Former board member Paul M. Roth, who lost his seat in 2016, is seeking a return to the board. 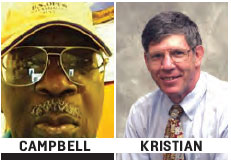 Melvin P. Campbell and Peter Kristian are vying for this vacant seat. They both want to restore community trust of the board.

Campbell listed his other priorities as encouraging a “thorough review” of early childhood expectations and services; urging and supporting aggressive efforts to recruit, support and retain the best teachers.

Kristian is also focusing on selecting the best school superintendent, appropriate fiscal oversight of tax dollars, and transparency and providing “sound” educational opportunities for students in a safe environment. 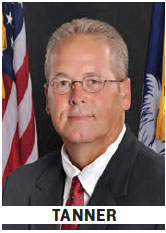 Unchallenged in the general election, after a tougher than expected Republican primary, incumbent Beaufort County Sheriff P.J. Tanner said a significant issue facing the department is growth — it brings increased crime, traffic, mental illness and drug and alcohol abuse. Other issues are officer recruitment and retention and protecting schools and public facilities. 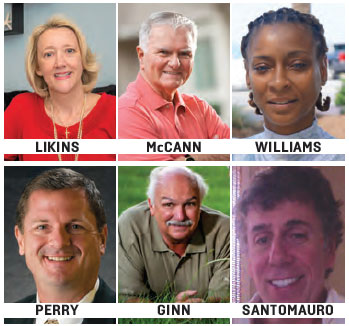 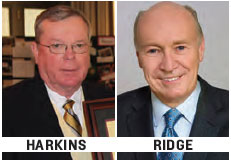 Incumbent Bill Harkins faces challenger Tim Ridge, who told the League of Women Voters that the town must enhance its attractiveness to potential residents while solving housing issues that affects its workers.

Incumbent Tom Lennox faces Richard A. Dextraze and Patsy Brison, who said her focus is development and use impacts, including density, traffic and building height.