IMMERSE YOURSELF IN THE BLISSFUL SERENITY OF AIR CONDITIONING.

WHAT COULD BE BETTER?

While the Lowcountry’s many marketing professionals do a great job of making our home seem like paradise, the truth is, sometimes it rains here. In July, “sometimes” can mean most afternoons. And all that brightly shining sun can lead to a lot of sunburns.

In a region that prides itself on its natural beauty, we simply don’t spend enough time praising the great indoors. We take for granted the wonderland of activities and excitement that awaits us within our well-insulated abodes.

At least, we do until the first day we sit out too long in the hot sun or it rains cats and dogs. Then we have a newfound appreciation of the indoor delights the area has to offer. Leave the sunscreen at home as we take a tour of the many hot spots that will keep you cool as beach season swelters its way toward fall. 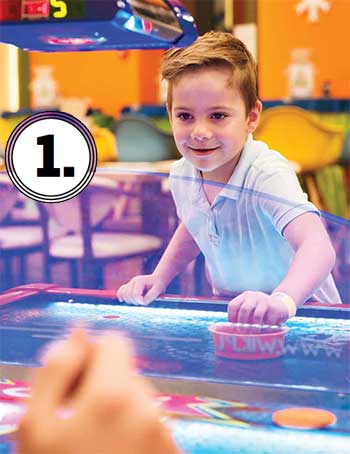 There’s no better way to escape a rainy day or soothe a sunburn than the electric lights of an arcade. While home gaming consoles might have killed the classic quarter-munching machines of yesteryear, there are still a few places in the area where you can trade coins for thrills. Adventure Cove Mini-Golf and Arcade has more games than a Las Vegas casino, including skill games from the classic whack-a-mole to Key Master, which offers prizes like Xboxes and Beats headphones. Meanwhile, the new Porcella’s in Northridge Plaza offers pool, ping-pong, foosball, darts and the hybrid game “shufflebowling.” And for you couch jockeys, take on your friends in head-to-head competition for pixelated glory on the PlayStation or Xbox. There’s no better way to beat the heat than thrashing your buddies in some Madden and declaring them all noobs. Meanwhile, off-island, the arcade at Station 300 pairs skill games with shoot-’em-up arcade machines like the sit-in “Walking Dead” game.

2. ON THE BIG SCREEN 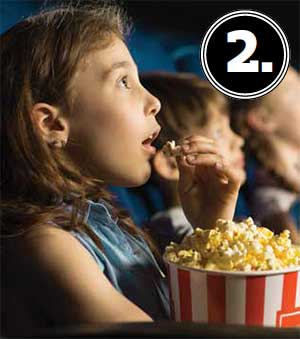 Hilton Head is blessed with three movie theaters, each with its own unique appeal. Coligny Theatre focuses on lesser-known arthouse films, with the occasional second-run Hollywood blockbuster thrown in for good measure. This summer, Coligny already has hosted screenings the “Lord of the Rings” films and the “Indiana Jones” trilogy — yes, we said trilogy. You can’t make us admit there was a fourth movie.

Park Plaza Cinemas, located in Park Plaza, has undergone a mouth-watering upgrade: Its “cine-café” menu lets you pair the latest superhero slugfest with a sophisticated West Coast chardonnay, or a romantic comedy with a delicate pinot noir. Named “The coolest movie theater in the state of South Carolina” last year by Cosmopolitan magazine, the theater, near Greenwood Drive before the Sea Pines gate has luxury recliners.

Northridge Cinema 10 has added comfortable electric recliners in its theaters, so you can catch the latest flick without missing a beat. The high-back seats equipped with push button controls that allow patrons to adjust the position of the seat andhave lighted cup holders to make it easier for moviegoers to see them in the dark. Each seat is numbered, enabling patrons to choose specific seats when purchasing tickets.

Bluffton residents also are in luck: The luxury oversized loungers also are now available at Cinemark Bluffton 12 in Berkeley Place on the Buckwalter Parkway. The loungers — which electronically recline — have been installed in each theater room. The plush seats also have two heating options. New carpeting was also installed. 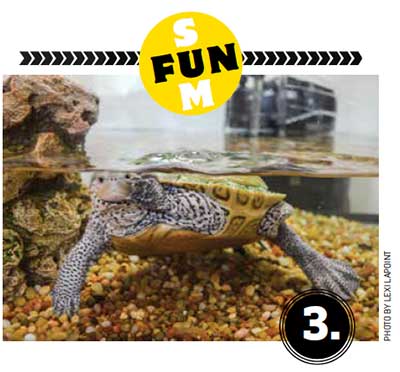 While many of the exhibits here are outdoors, the Coastal Discovery Musuem’s main building, called the Discovery House, includes a kids’ zone, a well-appointed gift shop, a rotating art exhibit, and interactive exhibits about the Lowcountry’s history and eco-systems. The 6,000-square-foot former plantation home contains is a great place to listen to interviews with influential islanders and historic figures or watch a video of nesting loggerhead sea turtles. Also on the musuem’s grounds, the Tom Peeples Discovery Lab has live animals including a baby alligator, corn snake and a bee hive, but is only open at certain times. Check website coastaldiscovery.org for times and events. The museum is on the north end of the island at 70 Honey Horn Drive. 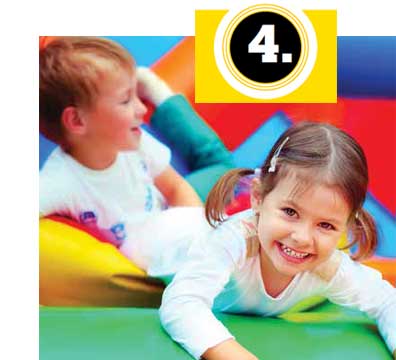 Bounce, play and party at this large indoor playground featuring inflatable bounce houses. Slides, basketball hoops, and climbing structures get the wiggles out of even the most energetic kids. There’s a comfortable seating area and free Wi-Fi for parents, and a small café that sells kid-friendly snacks. Island Playground is in the Bridge Center near the entrance to Moss Creek.

When you’re enjoying a crisp air-conditioned reprieve from the sun’s oppressive rays, it may seem a little counterintuitive to try and get out again as quickly as possible. All the same, the escape room trend has hit the Lowcountry, with three escape experiences that will test your wits as you try to beat the clock.

Escape Room Hilton Head on Pope Avenue offers a trio of brain-teasing puzzles. Can you accept the challenge of the great Harry Houdini? Can you escape the mountain cabin where you’ve been abducted? Can you help Sherlock Holmes outwit Moriarty? There’s only one way to find out. 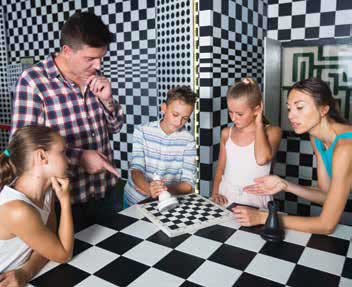 HHI Escape, located on Beach City Road, offers pair of rooms that will have you and your team combing for clues and cracking locks like pros. In one scenario, you’re helping the FBI investigate a Wall Street mogul with ties to an international diamond smuggling ring. In the other, you’re trapped in a basement laboratory as you try to solve the mystery of “Liquid X” before the clock runs out.

On the mainland, there’s Trapped in Bluffton’s Sheridan Park. Assemble your team and choose from one of two scenarios: “May River Murder,” which offers three separate rooms of challenging puzzles as you attempt to flee from a murder, and “Cell Block D,” which sees you busting out of the clink in the midst of a terrifying prison riot.

For younger kids, nothing beats an outing to The Sandbox Interactive Children’s Museum. Located just off Pope Avenue on the south end of the island, The Sandbox is packed with 2,500 square-feet of approachable activities that are just right for kids up to age eight and their families. Dress up as a pirate and play in a kid-sized replica of a pirate ship, shop in an international market, put on a puppet show and more. During inclement weather, the staff limits the number of visitors within the museum due to fire code capacity limits. 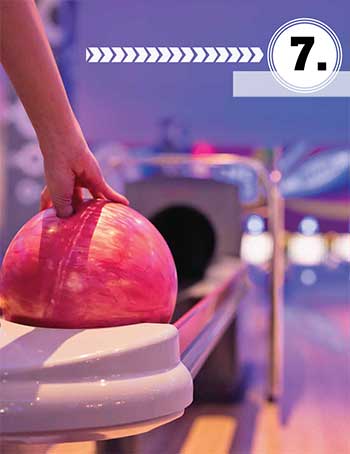 If you want to bowl in the Lowcountry this year, you’ll have to drive to Bluffton. Station 300 is the place to be. This family entertainment center has 24 bowling lanes with optional automatic bumpers and 12 oversized projection screens that are great for watching the big game. It's not the bowling alley of yore - it's clean, not smoky, and has modern automated scoring. Zeppelin’s Bar & Grill offers sustenance and hosts trivia about 7 p.m. on Thursday nights. 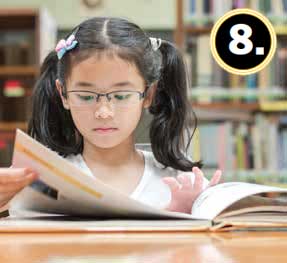 Both the Hilton Head Island public library on Beach City Road and Bluffton public library (at 120 Palmetto Way, off May River Road near the post office) offer excellent programs for children, including but not limited to magic shows, story times, crafts, robotics, movies, nature programs and teen-only events. Check www.beaufortcountylibrary.org.

Paint your own pottery at this family-friendly art studio where you can choose from hundreds of pieces to get your creative on. At the Art Café on Lagoon Road (above Rockfish Seafood & Steaks), pick up your piece in two days, or the Art Café can ship it to you. On Wednesday evenings, parents can enjoy a night out while their kids paint pottery and play games. Reservations suggested; the sessions fill up fast.