For six generations at the Sanders family farm on St. Helena Island, the reddest, ripest, juiciest tomatoes were discarded as waste. Workers at commercial tomato farms pick the fruit and pack it when it’s green, and the family couldn’t consume all the ripe tomatoes their 400 acres produced. 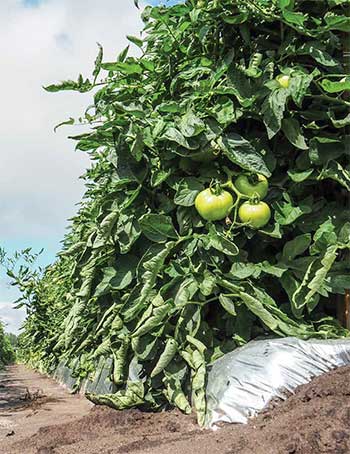 But starting with last year’s harvest, the ripe fruit at the farm — which operates under the brand name Seaside Grown — has found new life. Ripe tomatoes are the key ingredient in the family’s new Seaside Grown Bloody Mary Mix, which sold out in a matter of weeks. Fresh, tart and slightly salty, it’s a farm-to-glass success.

“Seaside Grown’s bloody mary mix is made from hand-picked, vine-ripe tomatoes, so fresh we can even tell you the acre of the field they came from,” says Ross Taylor, a Sanders grandson and the entrepreneur behind the family’s first bottled food product. “Not only do we know what field, we know the day and date the tomatoes in every jar of mix were picked.”

The Sanders have been growing tomatoes in the Frogmore area of St. Helena Island since the early 1900s, when Gustav “Gus” Sanders — who also was the tax collector for Beaufort County — began the first commercial tomato farm on the East Coast. 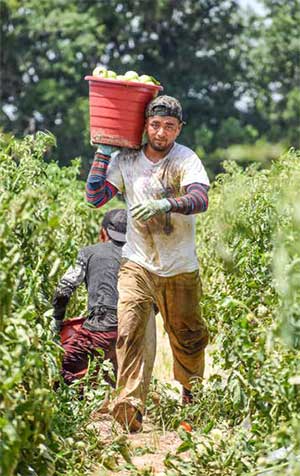 The sandy soil on St. Helena is slightly warmer than that of inland farms, which makes it perfect for the best producing plump, juicy tomatoes. With the addition of an underground irrigation system, variations in the weather mattered less, and the quality and yield of the family’s crop improved.

“We are known for growing the best tasting, mouthwatering tomatoes on the East Coast,” Taylor said.

Bloody mary mix made from fresh tomatoes has been a staple at family gatherings since Taylor brought some college friends home from Clemson University years ago, but the family recipe needed a few tweaks to make it shelf stable.

Taylor teamed up with chef Will Collins, who put the finishing touches on the recipe.

Collins said Seaside Grown’s version is different from most bloody mary mixes because it’s made from ripe tomatoes, not tomato paste. There are 2 pounds of fresh tomatoes in every jar. A new variety of the mix — called Gus’s Spicy Mix — will debut this year, and future production plans include adding salsa, salsa verde and other fresh tomato products to the Seaside Grown label. 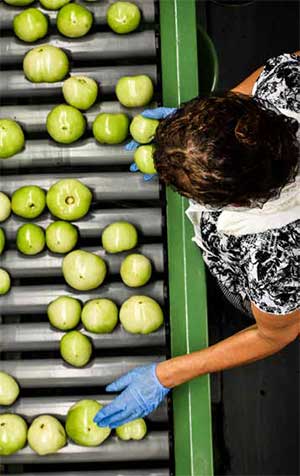 Making bloody mary mix is the last step in the farm’s production cycle. Just after the last frost, guest workers from Mexico plant thousands of seedlings that will produce the 25 million pounds harvested each year. Then everyone watches and waits until the tomatoes are ready to be picked at the end of May or beginning of June. That’s when the workers — who have temporary work visas through a federal program — return to St. Helena, where they fly through the rows of plants, filling plastic buckets with tomatoes and loading them on trucks that head to the family’s nearby packing house.

“We sell, pack and ship tens of millions of pounds of tomatoes in the month of June and approximately 20 percent of the crop doesn’t make the grade, because it’s either too ripe, misshapen or not perfect enough to be sent to market,” Taylor said. “Of those, 90 percent are fine and by creating a food product we can make use of what would otherwise go to waste.”

Last October, the family made 350 cases of bloody mary mix, which sold out by the end of December. To order mix made from this year’s crop, go to seasidegrown.com or stop by Macdonald Marketplace on St. Helena — it’s also owned by the Sanders family.