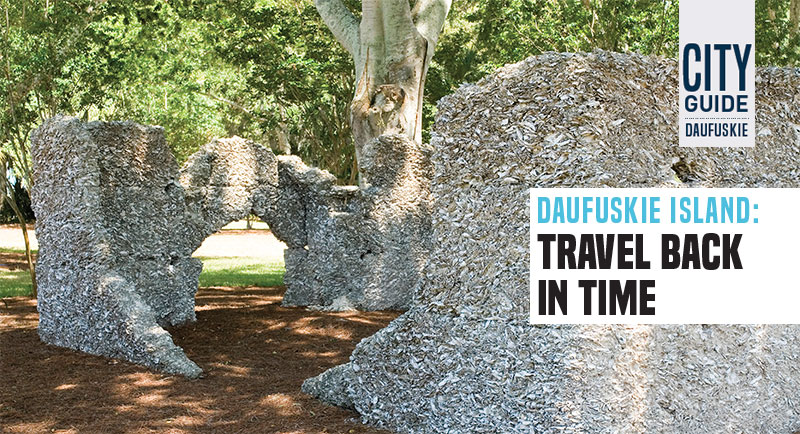 But Daufuskie’s history starts long before Africans and Europeans arrived. The word “Daufuskie” comes from the language of Muscogee Indians and means “sharp feather,” describing the island’s distinctive shape. Artifacts and piles of ancient oyster shells left over from that time date back more than 9,000 years. 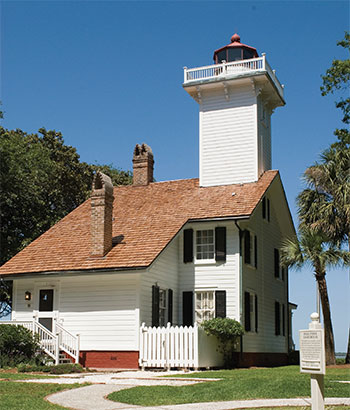 Spain claimed Daufuskie in 1521 during its domination of the coastal area from St. Augustine, Florida, to Charlestown. Sea Island cotton, grown on Daufuskie, was of extremely high quality, and rice was plentiful. The French claimed nearby Port Royal in 1525, and in 1684, Native Americans joined the Spanish to fight off Scottish soldiers who were invading Port Royal. Three battles between Native Americans and settlers between 1715-17 on Daufuskie’s southwestern shore gave that spot the name Bloody Point.

Union troops occupied Daufuskie during the Civil War, leading both black and white residents to flee the island. After the war, many freed slaves came back to the island to work in oyster canneries and logging, bringing their Gullah language with them. Gullah, a blend of West African and rural English, was passed down through the generations, though fewer and fewer native islanders speak it with every passing year.

In the 1950s, the area’s oyster beds were closed due to pollution, leading young people to leave the island in search of more economic opportunities. But by the 1980s, residential and resort development took off and developers built several private communities on the island. Through the tireless work of local leaders and history buffs, Daufuskie was added to the National Register of Historic Places, permanently preserving its historic sites for future generations.

Want to learn more about Daufuskie’s history? Start with a visit to the Bloody Point museum, located in one of the island’s historic lighthouses.

For a more hands-on adventure, check out the Robert Kennedy Historic Trail map, which leads visitors to 20 of Daufuskie Island’s cultural and historical landmarks. Download it at www.daufuskiemuseum.org.