One morning, as I slowly began my day by doing minor chores and letting my mind glide over the televised news, a commercial for Target stopped me in my tracks.

In the commercial, I saw a black female plus-sized model wearing underwear. Although the image lasted for just a few seconds, in my mind, the commercial was delivering a powerful visual message that challenged some prevailing ideas about gender, American standards of beauty, and race.

The commercial made me think about the subtle but powerful role that advertising can play to move us forward or backward as a society in terms of intercultural understanding and intergroup communication. Rather than try to erase or neutralize social difference, in this commercial Target chose to highlight it using bright colors, modern styles, rhythmic movements and cheeriness; there is laughter, fun and quirkiness. It’s a feel-good commercial, so even if you’re not a Target aficionado, the intentionality of the effort to move our society forward is laudable.

The Target commercial was a lively, colorful display of many kinds of diversity. I believe that it even showed a child in a wheelchair, which introduced the subject of ableism, and challenged stereotypes that undervalue or demean people with different physical abilities.

It’s possible that Target commercial was inspired by advertising from more than 30 years ago by Benetton. The Italian fashion label broke racial and cultural barriers by using models in its ads whose skin tones ranged from chocolate brown to milky white. The models were posed in provocative ways, always touching. I remember the rainbow of skin colors and interlocked arms, legs and bodies. At the time, this was daring and inflammatory, and a reflection of the creativity of photographer Oliviero Toscani and the progressive thinking of the Benetton corporation. Toscani’s shocking images made him and his client targets of legal action and boycotts. And yet, that vision has endured, and appears to be alive and well, reinvigorated in 2017 by a Target commercial.

As I reflected on the messages about race, gender and female beauty in the Target commercial, I was reminded that we are now living in a post-Barbie world. After Barbie turned 57, even the manufacturer, Mattel, concluded that the long-legged, unnaturally shaped doll, which never reflected a living, breathing woman, had to change. We now live in a world in which a blonde, nearly paper-thin woman is no longer being offered as the standard of beauty by which all other women, regardless of their color or physical attributes, are measured. Drooping sales, not a sense of social responsibility, appears to have been responsible for Mattel’s drastic decision to re-imagine Barbie and present a line of “normal” Barbies that reflect more realistic female body proportions and a variety of body types and skin colors. These new dolls are presented as real women who reflect the real world because they are racially, ethnically and physically diverse.

After thinking about the Target commercial, I decided to do some research and spend the week scanning TV commercials, looking for elements of diversity.  I wanted to understand what, if anything, had changed over the past 30 years in terms of how the media generally portrayed social diversity. I wanted to know if the public conversations about diversity were being reflected in the way commercials represented America, American values, American families and American folkways. I wanted to know if, and how, our thinking had evolved on these issues.

I tried to observe and be more analytical about commercials for a day or so, but was surprised to see that there were so many commercials with interracial or intercultural individuals in them that I lost track. I was not counting commercials that may have shown blacks or Hispanics or Asians interacting as a family in their own home, or a racially or culturally mixed group in a workplace setting. Over the past decade or so, we’ve become used to seeing such situations. It seems that most commercials have black, brown or Asian people somewhere in the background. What I was looking for were scenes that showed more intimacy between racial and cultural groups, or evidence of changes in attitudes in terms of how we were perceiving or experiencing “difference.” I was looking for examples of interracial relationships, or mixed-race families, or same-sex relationships, or depictions of women in ways that challenged traditional female social roles and traditional standards of female beauty.

There were many pleasant surprises. For example, Dove is promoting the idea that a girl should feel free to be herself — and it’s been doing so for more than 10 years and has developed a self-esteem education project directed at young girls. Sanitary pad producer Always is tackling the phrase “like a girl,” which implies female weakness and incompetence, with an ad campaign designed to both empower girls and deconstruct the stereotype.

I also began to pay more attention to how female beauty was being represented in terms of race, especially how often a dark-skinned female was used to sell cosmetics and beauty products. During the civil rights era, many black women began to use the phrase “black is beautiful” as a powerful statement of self-determination. Now, it is significant that there is an increasing use of women with a range of skin tones as examples of beauty. By using darker-skinned models, manufacturers of beauty products and clothing are agreeing: “black is beautiful.”

Years ago, when commercials were becoming multicultural, I remember being both excited and dismayed by the way people of color were being used to sell products. I was always struck by the fact that people of color usually seemed to be selling laxatives, roach spray or toilet paper.  And the black women in these commercials always seemed to be portly and unglamorous, and invoked a racial Aunt Jemima stereotype.  However, over time things have changed, and even Aunt Jemima has evolved. Gone are the red-and-white headscarf, the overly large grin, and the portly body. Today, Aunt Jemima is sedate, wears a tailored gray suit, and has the look of a corporate executive.

There are many other examples of advertising that reflect a positive response to diversity. For example, both Tylenol and Honey Maid featured LGBT families, and Wells Fargo showed a lesbian couple adopting a child. And a Swiffer commercial addressed overlapping types of diversity when it featured an interracial family of a white husband with one arm, a black wife, and a bi-racial child. This commercial discounts his disability, and overturns gender roles by showing him using the Swiffer to clean their home.

However, a 2013 Cheerios commercial is a striking reminder that while attitudes are changing, some things have not changed at all. This now infamous commercial prompted a contentious debate about race simply because the manufacturer, General Mills, used a bi-racial family to promote the idea of heart health.

In this commercial, the biracial daughter asks her white mother if Cheerios are good for your heart, and the mother confirms that they are. The child then takes the box of Cheerios and pours some on her black father’s chest while he sleeps on the couch. The innocent child believes that this will keep his heart healthy.

Although the commercial is clever, memorable and cute, it sparked anger, outrage and a great deal of controversy. But to its credit, General Mills refused to pull the ad. Among other things, the negative response was a reality check for those who would like to think that as a society, we’ve successfully eradicated racial and other forms of bias. Advertising mogul Donny Deutsch put this into a larger social perspective when he said: “Great advertising holds up a mirror to who we are and where we’re going.” 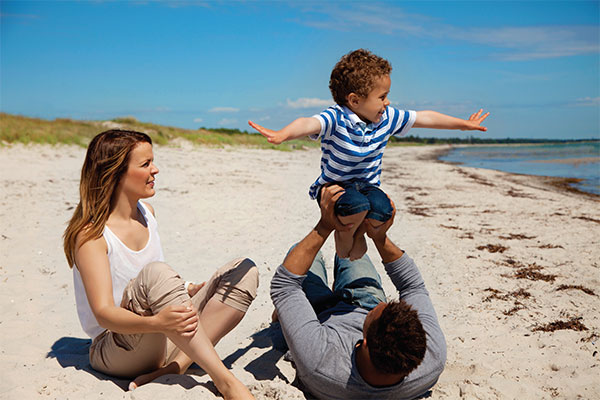 In her article “Multiracial Scenes Now Common in TV Ads — But Critics Say Commercials Gloss Over Complicated Racial Realities,” Erin Texeira expanded this idea when she pointed out that although many of today’s commercials paint a picture in which “…there's an America that's full of neighborhoods where black and white kids play softball together, where biracial families email photos online and where Asians and blacks dance in the same nightclub...” that is an America that exists “on your television.” The reality, according to Charles Gallagher, a sociologist at Georgia State University in Atlanta, is quite different. According to him, advertisers create a "carefully manufactured racial utopia, a narrative of colorblindness” that ignores complex and often difficult, racial realities. Citing U.S. Census Bureau statistics, Gallagher points out “about 80 percent of whites live in neighborhoods in which more than 95 percent of their neighbors also are white, and data show that most Americans have few close friends of another race.” The reality is that Americans don’t mesh “seamlessly, bonded by a love of yogurt, lipstick and athletic gear” as some ads suggest, according to Texeira. However, there is cause for optimism, because ads often reflect "… our aspirations, what we can be," says Sonya A. Grier, a marketing professor at Stanford University.

The good news is that things are changing around us in big and small ways. When I was a child, Crayola had a pink crayon that was called “flesh.” It implied that “normal” flesh was pink, and the further implication was that any other skin color was “not normal.” Today, there are multicultural crayons with a range of colors reflecting a range of skin tones.

Do the changes accurately represent the nation’s demographics, or interracial and intercultural dynamics? Certainly not, but it is hopeful that advertisers are no longer refusing to present the world as it is, and instead are presenting a world filled with color and diversity. Today, multiculturalism is not simply socially desirable; it is an irreversible social reality.

Advertising is changing because manufacturers see expanded markets for their products, and because in the end, the bottom line is always profit, not public service. And yet these multicultural approaches to advertising show that you don’t have to beat people over the head with messaging to present social commentary, invite reflection and construct a “new normal” that is realistic and inclusive.

Dr. Gloria Holmes is a professor emeritus at the School of Education at Quinnipiac University in Hamden, Connecticut. Committed to promoting cultural literacy in schools and communities, she has worked as a diversity trainer for the Anti- Defamation League and has conducted anti-bias workshops for the Connecticut State Department of Education.