For more than three decades, the cheerful Windmill Harbour sign has greeted those crossing the bridge to Hilton Head Island from the mainland. Few, however, have experienced the exclusive waterfront lifestyle enjoyed by the residents who live behind the gates of that community.

Once a year, however, that experience is available to everyone when Windmill Harbour opens its gates to the public for the Hilton Head Island Boat Show. The 2017 show will take place on May 6-7 at the 15-acre Windmill Harbour Marina, the heart of this picturesque neighborhood. In addition to dazzling boat displays, hand-selected vendors, food and entertainment, this year’s boat show will feature open houses and trolley rides through the community. 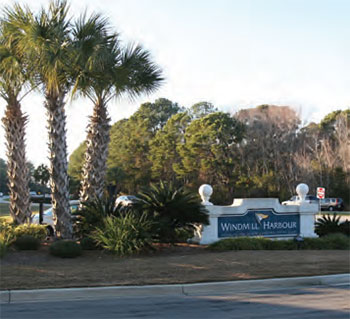 The Hilton Head Island Boat Show is unique among boat shows and local events for a number of reasons; chief among them is its location. Not only is Windmill Harbour full of beautiful homes overlooking fantastic natural scenery, the marina is home to the South Carolina Yacht Club and is an impressive sight in its own right. Windmill Harbour Marina is the largest marina on the island by more than 100 slips. The marina was built in the mid-1980s, and the earth that was dug up was used to form a base for the new bridge to Bluffton, which was also under construction at the time. A lock system was integrated into the marina to keep the water level constant and to protect against extreme weather.

The Windmill Harbour lock, one of only three on the East Coast, was put to the test in October when Hurricane Matthew roared into town. The marina weathered the storm exceptionally well, and the boats within her sustained no damage. Among those that took shelter in the marina was The Grace, Palmetto Bluff’s 1913 motor yacht. 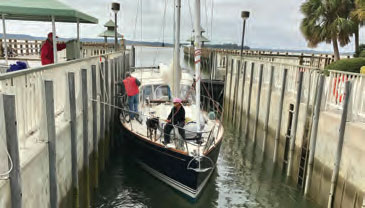 “I, along with another boat, sought shelter from Hurricane Matthew at Windmill Harbour while traveling down from Charleston,” said Robert Clarkson, a traveling captain who stayed in Windmill Harbour during the storm. “The facility was great, and we were treated like royalty by the residents who rode out the storm with us. Harbormaster Jake made certain we were safe and offered us alternative shelter. The marina survived the storm when marinas all around us suffered greatly. Lee graciously opened up the club and its bar to us. While I'm not wishing another hurricane on us, it was our good fortune to have been able to take our boats to such a great safe harbor.”

Windmill Harbour residents enjoy the community’s amenities and waterfront lifestyle. About 80 percent of homes have water views of Calibogue Sound, Jarvis Creek or the marina. Residents also work together to promote and maintain the neighborhood. This spirit of community is in full force at the annual boat show, which is planned and run by volunteers from the neighborhood. 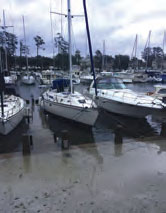 The Hilton Head Boat Show is distinctive for its high-end mix of boats and vendors. All types of boats will be in the water, including luxury yachts, cruising sailboats, center consoles, ski boats, run-abouts, trawlers, tugs, electric boats, fishing boats, personal watercraft and kayaks from brands including Vanquish, MJM, Beneteau, Nordic Tug, Chris Craft, Hurricane, Key West, Pursuit and Scout. Hand-selected vendors will be positioned around the marina to provide all of the items that go with the nautical lifestyle, including marine services, insurance and financing, as well as art, décor, jewelry, sunglasses, outdoor clothing, gear, electronics and upgrades.

With never a dull moment, the boat show will offer a variety of activities each day, including kayak demonstrations, live music, clinics, workshops and simulations. New this year is a Kentucky Derby cocktail party hosted by Monty Jett on Saturday, May 6. The party will be held on the South Carolina Yacht Club pool deck, overlooking the picturesque marina, and will feature live music by The Lowcountry Boil Bluegrass Band, along with food and drinks from the Yacht Club. 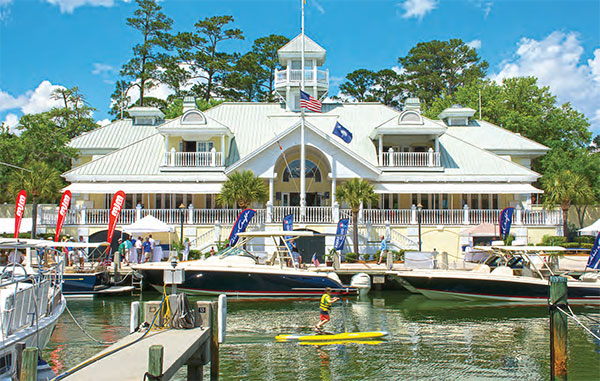 When: 10 a.m.-6 p.m. May 6and 10 a.m.-4 p.m. May 7
Where: Windmill Harbour Marina. You will be directed to park upon entering the community and trolleys will shuttle attendees to the show.
Who: The show has something for visitors of all ages. Even non-boaters will enjoy its festive atmosphere and interesting sights.
Tickets: A variety of tickets are available online including day passes, $15 for adults and $10 for kids; full weekend passes, $20 for adults and $15 for kids; Derby Party tickets, $50 per adult and includes Saturday show admission; and VIP ticket packages.
Details: For more information and to purchase tickets, visit www.hiltonheadislandboatshow.com or call 843-879-8761.