WHEN BLUFFTON CONTINUES TO GROW IN THE FUTURE — AND IT WILL — SPACE WON’T BE AN ISSUE. THERE ARE ACRES UPON ACRES OF UNDEVELOPED LAND. WHAT WAS A NO-DESTINATION VILLAGE JUST 10 YEARS AGO HAS EMERGED AS THE FASTEST-GROWING MUNICIPALITY IN SOUTH CAROLINA.

Private schools in the area, however, have been squeezed by space limitations and growing student enrolments. But they have taken steps to resolve their growing gains. Here’s a look at what’s going on at local private schools.

This faith-based private school had to turn away 40 students who wanted to enrol for the 2017-18 school year. This won’t happen again.

The school, which combines academics, Christian values, athletics and enrichment opportunities, has broken ground on a project that will double the size of its existing facility. The school currently has about 500 students, but thanks to a $10 million capital expansion project, which is expected to be finished next summer, it will soon be able to welcome many more.

“We’re changing the footprints of the structures from 54,000 square feet to 90,000 square feet,” said Frank Byrd, chairman of the Cross Schools board. “None of it is a redo; it’s an entire addition as a new structure.”

This is the fourth expansion since Cross Schools purchased the 79-acre property on Buckwalter Parkway in 1998. The campus will include 15 classrooms, office space and an enlarged media center. The gymnasium space will triple in size and a sports field will be added, said Dr. Brad Schultz, the newly appointed head of schools. A new roadway will encircle the campus’s perimeter.

Architectural plans for the new project have evolved from the traditional four-walled classroom environment into a contemporary connection with nature.

Schultz said students will learn to apply the lessons they’re taught in the classroom to real-life situations. “How you do that is by expanding outside of the traditional classroom,” he said.

Cross Schools’ long-term goal has always been to build a high school. Currently, it serves students in prekindergarten through eighth grade. Discussions about the possible high school are continuing this summer.

“This has been an ongoing process for the last several years,” Byrd said. “Since the beginning of the school, we’ve always envisioned having a high school because we had the attitude that we would like to hang on to our eighthgrade students. It would be critical in their development spiritually, academically and athletically.”

School officials are working with architect of Michael Griffith of Bluffton on the design of the future high school. 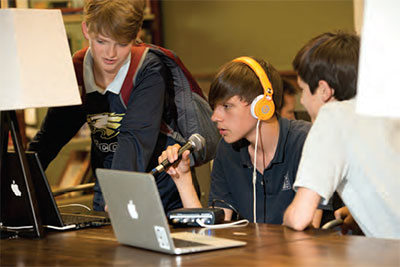 The 27-acre property in Bluffton donated to the school years ago presented an opportunity for this nearly fourdecades- old island institution to grow. Hilton Head Christian Academy offers a Christian academic experience for its 350 current students and is at full capacity now on 13 acres.

“We’ve been working on this 21st-century model for several years,” said Jen Denton, the school’s director of admissions. “Our continued focus on mentoring and individualized education will take on new life in a facility designed for student -centered learning.”

The dates for the school's move to Bluffton are still being finalized where a state of the art 21st century education facility for kindergarten through high school will be built.

“We’re waiting for God’s time on it because we have so many moving pieces right now and making sure we’re being good stewards of the property,” she said. “This is not our school, this is God’s school. We’re going to leave it in his hands. There’s a lot of freedom in that.” Denton said the Bluffton campus will include outdoor classrooms and an atrium-type communal space. 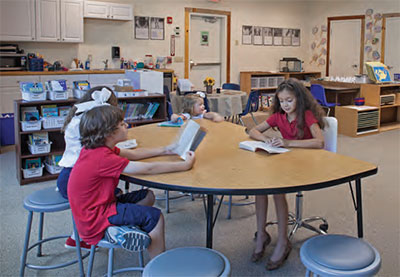 This Bluffton institution has experienced dramatic growth in student numbers and facilities at its facility at 60 Calhoun St. in Old Town Bluffton.

When executive director Sharon Haag joined the staff 18 years ago, she had 60 students under her care. When the new school year starts Aug. 24, 195 eager youngsters will be taking their seats — or their places on mats. Since it opened in Bluffton in 1987, the school has undertaken three expansions to accommodate its steady growth of students from 2-year-olds to sixth-graders. Last year, May River Montessori added a 1,500-squarefoot, second-floor addition with an open floor plan for its upper elementary students. It also renovated the first floor for its lower elementary-age kids. The cost was about $350,000.

In 2015, the school purchased a playground next to its main building.

“This year, we’re pausing and fine tuning,” Haag said. “Basically, this year is going to be our 30th birthday celebration.” But that doesn’t mean the school is slowing down.

“Expansion is always in the works; it’s a matter of being financially responsible and making sure the school is stable before you move on to another project,” she said.

“We are authentic Montessori and we have stayed true to that,” Haag said. “It’s a culture of kindness. We teach and educate the whole child; we don’t just look at the academics. We look at the physical, emotional, social, all aspects of the child’s development.”

When Kimberly Duke-Clark opened her faith-based preschool in Bluffton in late 1997, her expectations were modest. “I anticipated having a small little pre-school of about 50 kids,” she said. “We outgrew that the first week …We grew to well over 200 within months.”

Now at two campuses on Red Cedar Street on both sides of Bluffton Parkway, her staff attends to about 400 kids ranging from infants to third-grades at its popular summer camp. Preschool and afterschool programs begin anew Sept. 1.

The curriculum at this independent school, which is affiliated with Cornerstone Church in Bluffton, has monthly themes based on the Abeka Christian learning program. “We are a full-service, year-round Christian school, but we do not teach denominations; all denominations are welcome,” she said.

Not too long ago, Duke-Clark experienced an “overwhelming amount of calls daily,” mainly from Lowcountry parents with young children who were moving into new pockets of growth on the western edge of Bluffton. With waiting lists at the two campuses, she knew it was time to grow.

“We thought, well, maybe we should build,” she said. The school purchased 5 acres at the corner of S.C. 170 and Gibbett Road a year ago. Ground-breaking on the third campus will be held soon, and Duke-Clark hopes that construction of the 11,000-square-foot facility will be completed next summer.

Lowcountry Day School is accepting enrolment applications for its new campus, where she expects about 250 additional children to attend.

When opened, the year-round school will share the same curriculum and operation times as its two sister schools. 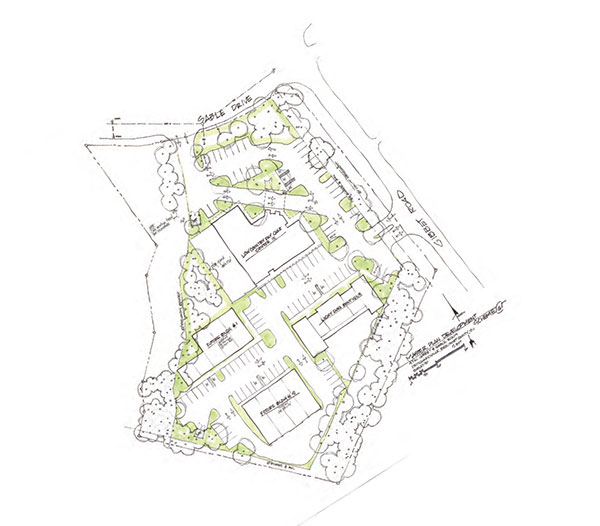